$3000 purchase nearing half a million in earnings

Kembla Grange trainer Theresa Bateup knows a bargain when she sees one. Her Lope De Vega (Ire) mare Monegal ($18) only set the stable back $3,000 at the Scone sales, but has now taken her earnings over the $460,000 mark with another victory at Rosehill Gardens.

The six-year-old did it easy on the line, defeating Crystal Pegasus ($11) by a length and three quarters, with Blesk ($3.80) a half-neck back in third. 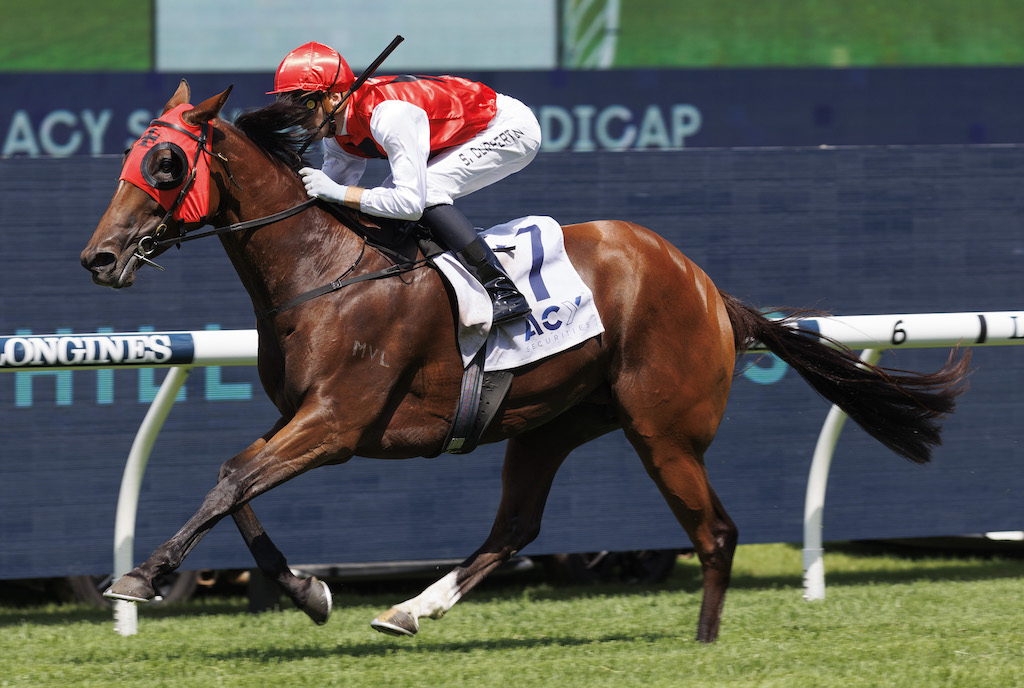 Monegal was a good winner at Rosehill Gardens, picture sportpix.com.au

Monegal had been thereabouts in recent efforts, including just going down in a head-bobber at Canterbury two starts back, and Bateup was grateful to be on the right side of the ledger today.

“No photo today, that was pretty easy. I like those ones better,” Bateup mused. “She is our little stable star, she is just so honest. She thoroughly deserved another win next to her name.

“It’s been a little over 12 months since she won but she’s put up some super efforts and that was just an easy watch.”

Jockey Sam Clipperton had the mare travelling comfortably in a perfect rhythm one out and two pairs back in transit, before getting going before the turn and proving too strong in the run home. The in-form hoop has had seven winners from his past 37 rides striking at 19%.

“I was rapt with where she was in the run,” Bateup said. “Sam got her into a beautiful spot and when he moved up usually she hits that bit of a flat spot and sort of flounders for a little while before she gets going.

“But a big thank you to Sam today, he’s summed it up well.”

Starting at the juicy odds of $18, Bateup was surprised at the value that was on offer and was thankful for the work put in by her team including her partner.

“To my partner Mick that rides all the work from day one, he’s done an absolutely fantastic job,” Bateup said.

“We both couldn’t believe the price she was. He’s gone to me ‘she’s flying’ and I’m doing the form guide thinking it’s a winnable race.

“Brock [Ryan] was meant to ride her today but he went up to the Gold Coast and he’s done a fantastic job on her too.”

It would pay to follow the Bateup camp at present which is in a purple patch of form with 10 winners (20%) and a further 18 placings (56%) from her past 50 runners.