The trio of European runners competed against each other throughout the year, trading victories as they did so. Crystal Ocean won the Prince of Wales’s Stakes (G1), while Waldgeist was third; Enable beat Crystal Ocean by a neck in the King George VI and Queen Elizabeth Qipco Stakes (G1) with Waldgeist in third; and Waldgeist turned the tables on Enable when he defeated her in the Qatar Prix de l’Arc de Triomphe (G1).

Ultimately, Crystal Ocean earned his rating in the King George, as he was carrying 3lbs more than Enable; Enable received her rating for her dominating victory in the Darley Yorkshire Oaks (G1); and Waldgeist achieved his rating following the Arc.

Fourth position is held by Hong Kong champion BEAUTY GENERATION (NZ) [127]. A powerhouse at the beginning of 2019, he reeled off five consecutive victories from January to October, including the Celebration Cup (G3). Beauty Generation carried 133lbs in that handicap, spotting his rivals up to 20lbs, to earn his rating.

Four horses from around the globe share fifth place after being equally rated at 126. BATTAASH (IRE) [126] impressed in the Coolmore Nunthorpe Stakes (G1); GHAIYYATH (IRE) [126] took the LONGINES Grosser Preis von Baden (G1) by 14 lengths; LYS GRACIEUX (JPN) [126] closed out the year in style in the Arima Kinen (G1); and VINO ROSSO (USA) [126] was victorious in the LONGINES Breeders’ Cup Classic (G1) to sit in the co-fifth position.

Overall, 296 horses, trained in 17 different countries, were rated 115 or higher. 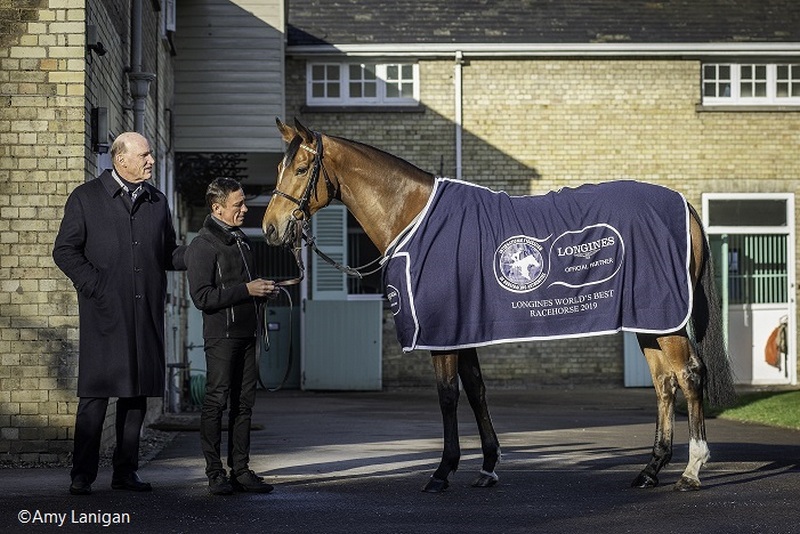