The outcome of the Group 2 Apollo Stakes over 1400m at Randwick on the 13th will be revisited on Saturday with the first four home nominated for the $600,000, Group 1 WFA TAB Chipping Norton Stakes (1600m) along with 11 others.

Godolphin’s Colette won the Apollo Stakes by a decisive 2L over the Waller stables’ Kolding (NZ), Verry Elleegant (NZ) and Funstar with another stablemate, Toffee Tongue (NZ) sixth and she is also nominated for Saturday.

The additional distance will suit them all for the rematch, particularly multiple Group 1 winner Verry Elleegant who missed the start under James McDonald. The five-year-old Zed mare was sixth at the 400m and closed well over the final 200m. However, Verry Elleegant has yet to win over 1600m from four attempts.

Bucharest was Group 1 placed in the Spring Champion Stakes over 2000m at Randwick last October and resumed with a seventh in a Benchmark 88 over 1300m on Apollo Stakes programme. Star Of The Seas commenced with a fourth in the Group 2 Expressway Stakes over 1200m on January 30th. Funstar, Star Of The Seas and Toffee Tongue are duel nominated for the Group 2 Blamey Stakes (1600m) at Flemington.

Godolphin have also nominated Avilius (GB) to resume for his autumn campaign. It was back in 2019 when Avilius won his back to back Group 1 races in the Ranvet Stakes over 2000m and Tancred Stakes over 2400m, both at Rosehill.

From the Maher and Eustace stable comes the nominations of Sir Dragonet (IRE) and Southern France (IRE). The latter won the 2019 Group 2 Sandown Classic over 2400m, but has not been seen since a last place finish behind Verry Elleegant in the 2020 renewal of the Tancred Stakes.

Sir Dragonet won the 2020 Group 1 WS Cox Plate over 2040 at The Valley and the five-year-old Camelot entire resumed with a seventh in the Group 1 CF Orr Stakes over 1400m at Caulfield on February 6th.

TAB have opened their Chipping Norton Stakes market with Verry Elleegant the $2.80 favourite with Colette $4.00, Kolding $5.00 and Funstar $8.00.

The two-year-old’s contest their separate $200,000, Group 2 divisions with 18 fillies nominated for the Sweet Embrace Stakes (1200m) and 14 colts and geldings for the Skyline Stakes (1200m). The fillies nominations include John Sargent’s Four Moves Ahead who was scratched from last Saturday due to a minor injury, while the Waller trained MM 2YO Classic winner Shaquero is nominated for the Skyline Stakes. 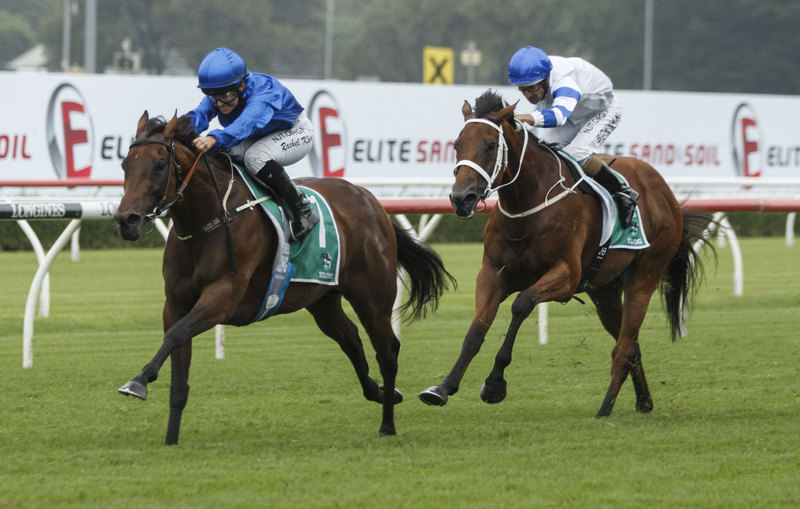