Sunlight and Luke Currie won the charge for the lead from barrier six before Nature Strip and Tim Clark took over after coming across from barrier 12. Redzel and Sunlight followed with Yes Yes Yes and Boss back in 10th as the field sped across the top straight.

The order was still the same at the 400m with Boss bringing Yes Yes Yes forward with still 3L to make up at the 300m.

Another 100m and Yes Yes Yes and Boss were past the rest of the field with only Nature Strip and Clark ahead. Then with the final 100m to run they had caught a tiring Nature Strip and were past running away to the line for a decisive win by a 1/2L margin.

Behind them Santa Ana Lane (Lope De Vega) and Mark Zahra came into second with a long neck to Trekking (Street Cry) and Josh Parr. Nature Strip held on for fourth and Pierata was fifth. The $4.70 favourite Arcadia Queen finished 11th. 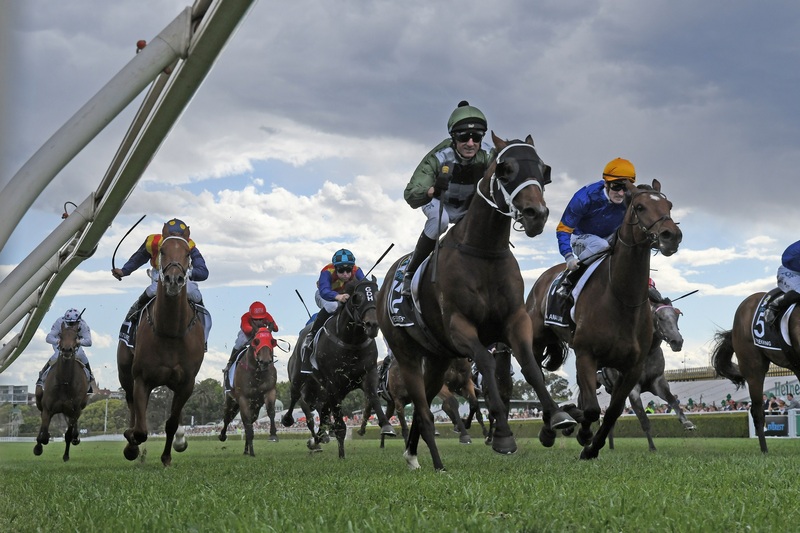 Yes Yes Yes and Glen Boss with Santa Ana Lane and Mark Zahra outside and Nature Strip and Tim Clark on the rails, picture Stevehart.com.au

“To tell you the truth it was an amazing feeling. Where we have been with Winx, where she took us has set us up for days like this. She took us on an emotional ride.

“You talk to people through the week. These horses run all the time. People can relate to them. Half of them might be back next year, maybe more. These are the best sprinters in Australia. People want to see them run two weeks beforehand. It is not just about one race. That is why it will really go ahead,” he said.

“This is huge. What a feeling!” said Boss

“This takes me back to 05 (Makybe Diva’s 3rd Melbourne Cup). I feel electric. I don’t know what to say. My body is on fire right now.

“Thanks to Chris Waller for putting his faith in me. This beautiful colt right here. What are you worth now champion?

“He is quality. I galloped him last week. He gave me goosebumps last weeks and today he has given me electric shocks. I couldn’t believe the electronic turn of speed he showed.”

“That was very surreal. I had a very good plan in my head about what I wanted to do. Chris (Waller) was in my corner about how I wanted to ride the horse. I just wanted to be behind the grey horse (Classique Legend), somewhere around Nash (Rawiller), that was my plan.

“He was taking me everywhere I wanted to go. When I peeled out three and when I asked him, his turn of speed was of Group 1 quality only. Jeez he sprinted quickly. His sectionals will say that he did.

Coolmore invested in the colt before the Group 1 Golden Slipper in March and after he had won the Group 2 Todman Stakes over 1200m at Randwick on March 23rd.

The Slipper run was a brave seventh after having barrier 16 and he was spelled. Waller sent the colt out for this campaign for two seconds, both behind Bivouac, first in  the Group 2 The Run To The Rose over 1200m and second in the Group 1 The Golden Rose over 1400m, both at Rosehill. 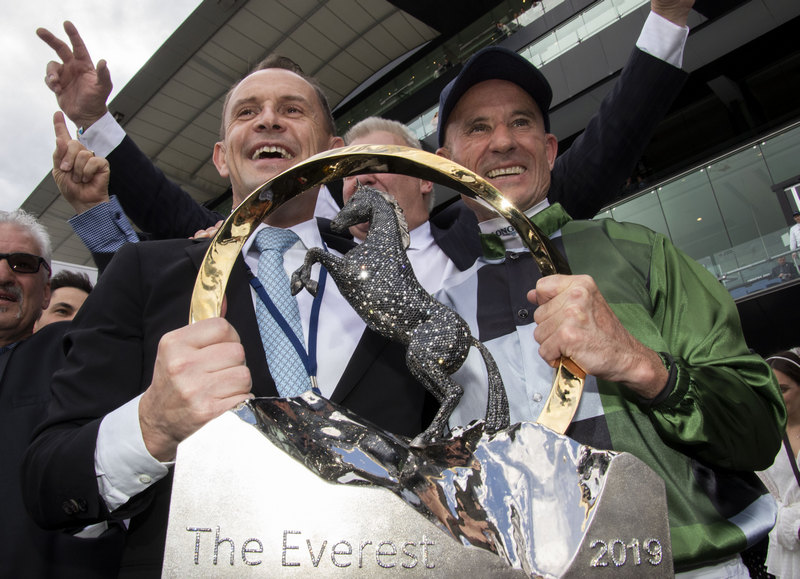 Mark Zahra (Santa Ana Lane): “He went super. The winner surprised me a bit how quickly it went. With the weight he put a little break on me. He ran really gallant my guy but I just couldn’t reel him in.”

Tommy Berry (Pierata): “Just got held up until probably the 200m. Once he got out he was doing his best work late but the race was all over - all the horses in front of him already had their momentum. He’s run very well.”

Kerrin McEvoy (Redzel): “I travelled nice but I was a little bit worried as soon as we straightened. When I asked him for an effort he was just even paced. He’s shown better than what he did today but it was still a gallant run.”

Tim Clark (Nature Strip): “Wonderful effort. Obviously he ran them along and did a good job to be still kicking late. I just had to do a little bit of extra work early to clear them but he ran very well.”

Josh Parr (Trekking): “That was so much fun. He ran really well - well done to the team, they prepared him in fantastic order. I’m really excited and I didn’t even win the race.”

Nash Rawiller (Classique Legend): “I was pretty luckless. I never got a run at all when I needed it. I was in a beautiful spot down the back . When Hughie (Alizee) came up outside me it was too soon to come out and they were sort of pushing from the inside out. So I rode for luck as you would and I just didn’t get any.”

Ryan Moore (Ten Sovereigns): “He was disappointing. He was never comfortable.”

Hugh Bowman (Alizee): “She was a bit free in the early stages. I was hoping to follow Yes Yes Yes but I was going to have to wrestle to follow him.  All credit to the winner, but she ran a race.”

Luke Currie (Sunlight): “Disappointing. She was in a nice spot but didn’t come on.”

Brenton Avdulla (In Her Time): “The result was a little bit disappointing but I didn’t think she ran too bad. We ended up in a good spot early but midrace James (Arcadia Queen) wanted to force the issue and it just got us both out of our rhythm - we both struggled from then on.”

James McDonald (Arcadia Queen): “I was wrapped the way she presented. She jumped well and got into a lovely position. I got a severe check at about the 300m mark and that put her out of business. Obviously she is a mare that needs a bit of space to wind into her race.” 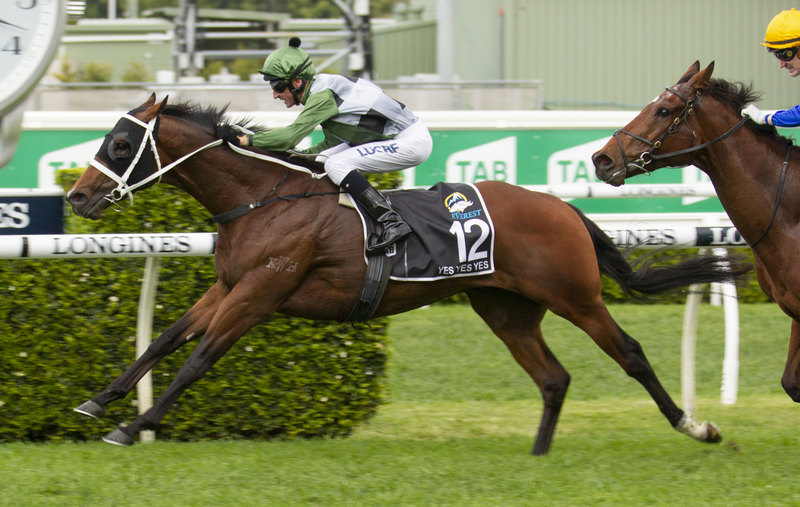 Yes Yes Yes and Boss are out ahead of Santa Ana Lane and Zahra, picture Sportpix.com.au