Classy filly Dae Wan Ma will line up in Sunday’s Korean Oaks as hot favourite as she aims to secure her third major win at just her ninth start.

The daughter of Colors Flying has been mighty impressive since winning on debut in June last year. The three-year-old demolished her rivals in the Korean restricted grades before an unfortunate disqualification in the Listed Munhwa Ilbo Cup.  She passed the post first in the event but interference at the start of the event cost her the race and her first big race win.

Redemption did not take long however when she lined up in the Listed Chairman’s Cup at her next start defeating Do Kki Blade by a neck. At her next start she lined up against both sexes and finished second in the Group 2 Korean Breeders cup, a half-length behind King Socks.

Following a disappointing performance in January, she bounced back to take out the Listed Sports Seoul Cup beating the eventual Korean Derby winner Wonderful Fly. Dae Wan Ma’s most recent effort was a distant second behind Global Chukje in the KRA Cup Mile down at Busan.  The Seoul based filly was only one of two fillies to line up in the KRA Cup Mile with Doctor Thunder running last in the event.

Regular jockey Antonio Da Silva will be legged aboard once again and told the Korea Racing Broadcastng Channel (KRBC) he is confident she will perform well.

Dae Wan Ma has drawn barrier nine for her assignment on Sunday and if her normal tactics are employed, she will work forward early in the race.

“Last time she raced against the boys and she did very well, this time she’s racing just other fillies and she has a really good chance” Da Silva stated.

“I’m very satisfied with her progress and the draw is not that important to me, of course, the wider you are, the more energy you have to use up” 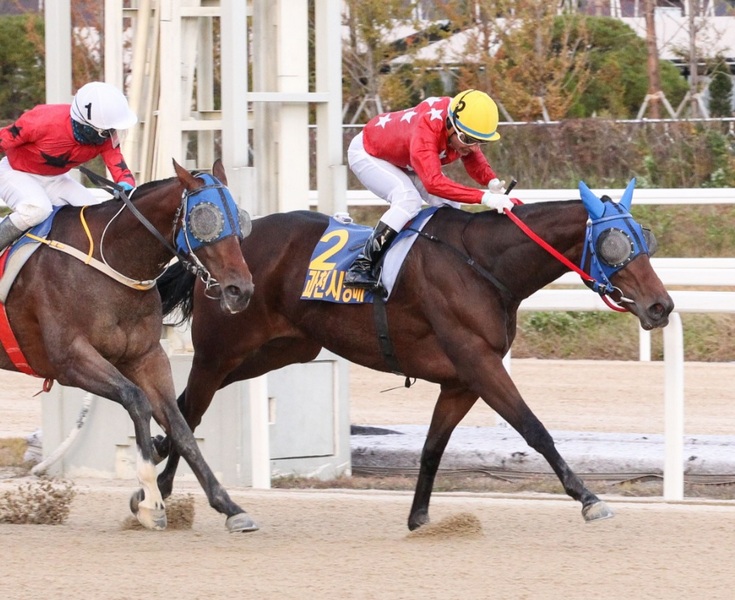 Top Of World looks a danger in the Oaks and has drawn the inside gate for the feature. The Peter Wolsley trained filly was first past the post in the Selangor Turf Club Trophy, this year Busan’s principal Oaks lead up race, over 1400M.

The speedy type settled outside the leader and travelled through the bit nicely before rider You Hyun-myung asked his mount to quicken going on to win by just over a length.

You Hyun-myung told KRBC that his filly is ready to tackle the longer journey for the first time.

“Her condition is getting better. Her style has been to lead but in the SLTC Trophy she couldn’t quite get to the front, but it didn’t matter, and she did a great job to win”.

“This will be her first time at 1800M, but they’ve worked hard on building her stamina and she’s in super shape for this”.

Smile Girl has hit a rich vein of form early on in her career taking out Seoul’s lead-up race, the Tokyo City Keiba Trophy, last start. She settled well back in the 1400M event before unleashing with a superb turn of foot, going on to defeat Daddy Glory (2nd) and Mamma Roma (3rd), the latter of whom also goes here. The 1800M looks ideal for her and it appears as if she will sit back in the race after drawing barrier twelve in the sixteen-horse field.

Yoo Seung-wan, beaten on favourite Global Chukje in last weekend’s Korean Derby, will partner with Smile Girl once again and told KRBC the filly continues to improve with racing experience.

“Smile Girl resented the kickback at first, so she needed to go forward but as she’s become more experienced, she’s adjusted to it and this has helped her get better every run, commented Yoo Seung-wan.

“She ran at 1700M specifically (in March) with the idea of seeing if she was potentially an Oaks filly and she did well (finished 2nd). She then won the Trophy race last month, so we know she’s good enough. She has the ability to lead but it’s not vital.”

The connections of Doctor Thunder will be hoping for an improved performance after a disappointing effort in the KRA Cup Mile. Her record prior to last start was superb winning four of her five career starts.

Regular rider Francisco Da Silva has been informed by connections that the Busan-based galloper has recovered well.

“She was very disappointing in the KRA Cup Mile. Everyone had high expectatins but she had a few issues and she wasn’t one hundred percent” Da Silva said.

“I haven’t been training her in the mornings this time, but I heard she is going much better”

“I think the trainer will ask me to drop her in and just ride a relaxed race and then finish strongly. Hopefully we can beat Antonio (Dae Wan Ma).

The Korean Oaks will take place at Busan on Sunday at 4.20pm local time.