Woodworth back to winning ways in Mauritius

Mauritius-based Kranji jockey Benny Woodworth bounced back to the winner’s circle almost a year after his last win.

The Malaysian rider was sidelined through an elbow injury following a horror fall that cost the life of former Singapore-based Mauritian jockey Nooresh Juglall at the very first Mauritian race-meeting at the Champ de Mars racecourse on May 15.

After the fractured elbow took a long time to heal, Woodworth only got the all-clear to return to the saddle in September, but then had to wait for his eighth meeting back to finally break his duck on Hubble for his boss Simon Jones on Saturday. 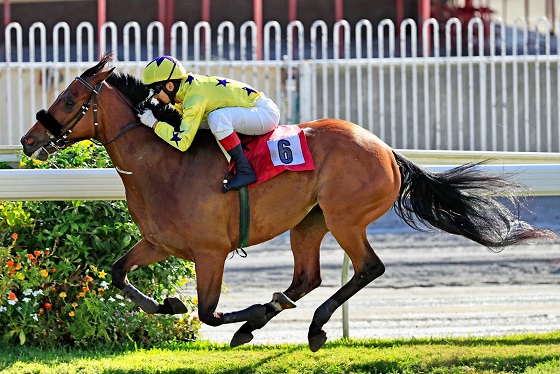 Woodworth’s mount made play after jumping from barrier one in the mile race, got a mid-race breather before skipping clear in classic Woodworth style.

A popular jockey on the racing-mad Indian Ocean island, Woodworth was greeted to quiet applause from the limited number of people (mainly owners and officials) allowed on course (due to COVID-19 restrictions) but walked into the jockeys’ room to raucous cheers from all his colleagues.

“It was great to finally ride a winner after almost a year. My last winner was last year at Kranji on Buddy Buddy (on December 27),” said Woodworth, who has ridden in Mauritius several times and was even crowned champion jockey in 2007.

“It was at the last 2020 meeting. Unfortunately, I didn’t ride a winner at Kranji this year before I left for Mauritius in February.

“I never thought it’d take me that long, but obviously, it was because of the fall. It’s been a long recovery, and when I got back, I was back to 100% fitness after a couple of meetings contrary to what the locals thought, but it’s just that I’ve not been getting on many good chances.

“Hubble was a very good chance yesterday, and I didn’t let that opportunity go to waste. It’s a great relief.

“Big thank you to my trainer and the owners for their patience and sticking with me when they couldn’t have their stable jockey to ride their horses.”

With the Mauritius racing season running until December 19, Woodworth, whose wife is Mauritian, has not yet decided where he would take his saddle next, but would definitely consider a Kranji comeback.

“The Mauritius racing break is from December to March. I have a few options, Singapore is one, we’ll see how things go,” he said.