This year’s edition of the Canadian Triple Tiara comes to a conclusion when 10 three-year-old Canadian-bred fillies take to the world-renowned E.P. Taylor Turf Course in Sunday’s $250,000 Wonder Where Stakes, at Woodbine.

Set at the distance of about 1 ¼ miles, the Wonder Where drew sophomore stars Curlin’s Voyage, winner of the Woodbine Oaks presented by Budweiser (first jewel in the series), and Afleet Katherine, who was runner-up in the Oaks and runner-up in the second jewel, the Bison City Stakes, on September 12.

A bay daughter of Afleet Alex, Afleet Katherine, trained by Kevin Attard, arrives at the Wonder Where off that silver effort in the Bison City, a 1 1/16-mile test over the Woodbine main track.

Sent off as the 4-5 choice, Afleet Katherine hopped leaving the gate before jockey Justin Stein settled her mid-pack in the eight-horse race. Hustled from the rail and sent two-wide into the final turn, she rallied gamely, but crossed the wire 4 ¾ lengths behind winner Mizzen Beau.

Bred and owned by Terra Racing Stable, the Ontario-bred will now make a return to the grass, the surface in which she contested her first two races.

Both efforts came over the E.P. Taylor Turf Course and both resulted in trips to the winner’s circle.

Dismissed at 29-1 in her career bow on July 5, Afleet Katherine rallied impressively to win by a neck at seven furlongs over “firm” going. She followed it up 20 days later with another late burst to win by a head at the same distance and on the same ground.

“She got up in the nick of time both times,” said Attard, who is seeking his first Wonder Where crown. “She’s shown she’s a decent filly and we’ve been looking forward to this race for a while now.”

Which one of her wins stood out?

“I think the second race was the more impressive of the two because in that one she looked like she was backing up, going to be out of the picture, just kind of not fire. But she turned it around and won. First time out, I thought she was overlooked. She comes from a decent family and her half-sibling [Amalfi Coast, scheduled to run in Friday’s Sweet Briar Too Stakes] had a great year last year. I thought that deserved a little respect, but it is what it is. She’s just a big filly and has a little bit of attitude. She was a little immature and green to start, but she’s come a long way and developed over time. You look at her record and it speaks for itself.” 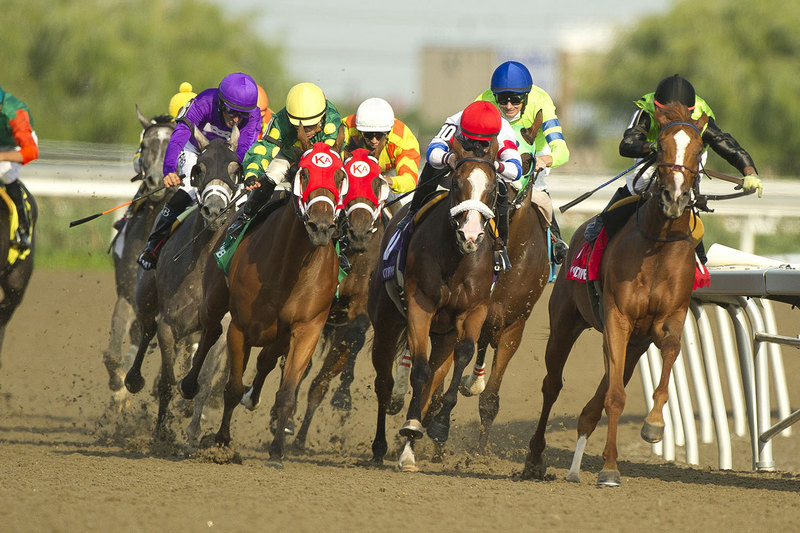 The conditioner is also represented by Merveilleux.

A daughter of Paynter, owned by Al and Bill Ulwelling, Merveilleux has a record of 2-3-1 from nine starts. She was third in the Woodbine Oaks and sixth in the Queen’s Plate.

“I will say she has had three rough trips in a row, and I love her,” said Al Ulwelling. “She looked very comfortable working on grass in her last work. We are going to have her more forwardly placed this race as we feel she will encounter less trouble. From that point on, it’s up to her.”

Attard’s stakes weekend kicks off on Saturday when Clayton goes postward in the $400,000 Breeders’ Stakes, final jewel in the OLG Canadian Triple Crown.

The son of Bodemeister, third in the Queen’s Plate and second in the Prince of Wales, will look to play spoiler in Mighty Heart’s bid to become the first Crown winner since Wando in 2003.

“He’s here in the third leg of the series now. I thought he ran a great race in the Prince of Wales and we’re hoping he goes one better this time.”

In the Wonder Where, Afleet Katherine will once again face Curlin’s Voyage, the chestnut daughter of Curlin who fashions a record of 5-2-1 from 10 starts.

A four-time stakes winner, the Josie Carroll trainee finished fifth to Mighty Heart (also trained by Carroll) in the Queen’s Plate on September 12.

Owned by Hill ‘n’ Dale Equine Holdings and Windsor Boys Racing, Curlin’s Voyage will be testing the turf for the first time under racing terms.

The filly breezed over the Woodbine turf on October 17, travelling five furlongs in 1:03-flat.

Ballrooms of Mars, Beyond Mybudget, Forty Zip, Gun Society, Justleaveitalone and Sansa’s Vow and She’s a Dream round out the Wonder Where field.

The race is named in honour of the champion filly Wonder Where, Canada's 1959 Horse of the Year and Canadian Horse Racing Hall of Fame inductee.

Fans can watch and wager on all the action via HPIbet.com.