Oisin Murphy steered the very well-supported 6/1 shot (from 12/1 with Betfred) Dashing Willoughby to success in the £225,000 G2 Queen's Vase at Royal Ascot on Wednesday. 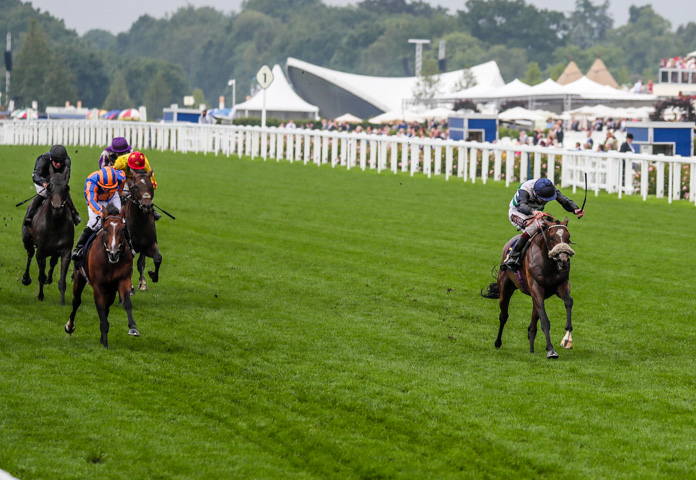 Trained by Andrew Balding, the three-year-old son of Nathaniel ran on strongly in the closing stages of the 14-furlong contest, despite drifting across the track, to score by a half-length.

Dashing Willoughby, a son of Nathaniel, showed grit and determination to see off the Aidan O'Brien-trained Barbados by half a length under Oisin Murphy. He was well-backed and was seen as high as 14/1 this morning, but was sent off at 6/1.

Balding said: "He loves the ground, he stays well and he's pretty classy.

"He had a little hiccup on Saturday morning - he was very lame. He had a blood blister in his foot and our farrier Eugene Cullen and head lad Kevin Hunt worked through the night and, happily, he was right 24 hours later. 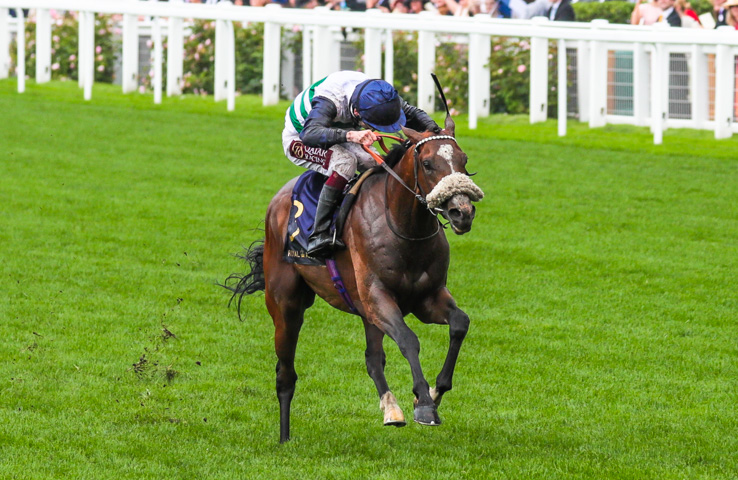 "We're just delighted. It's great for Mick and Janice [Mariscoti, Dashing Willoughby's owners] who have been very good, loyal supporters of ours.

"He's got a bit of talent, this horse. We were really hopeful coming into the race and the rain certainly was in his favour. The St Leger is the logical objective. It'll be a lot tougher than this, but I think he deserves to be heading in that direction now."

Owner Mick Mariscoti said: "This is indescribable. I wasn't there on Derby day when we had our 50th winner - I was on a plane to Madrid to watch Spurs - but I am delighted to be here today.

"The joy of days like today makes up for 100 days when it is not quite as good. This our first Group winner and our first Royal Ascot winner.

"I cannot really describe how I feel, it's fantastic."

Murphy, registering his third winner at Royal Ascot overall, said: "I was thrilled with the way the race went and Dashing Willoughby did it well.

"This is the combination of all the hard work from the team at home. I thrive to do well at Royal Ascot as does every jockey riding and I was very fortunate to ride a horse capable of doing that today. 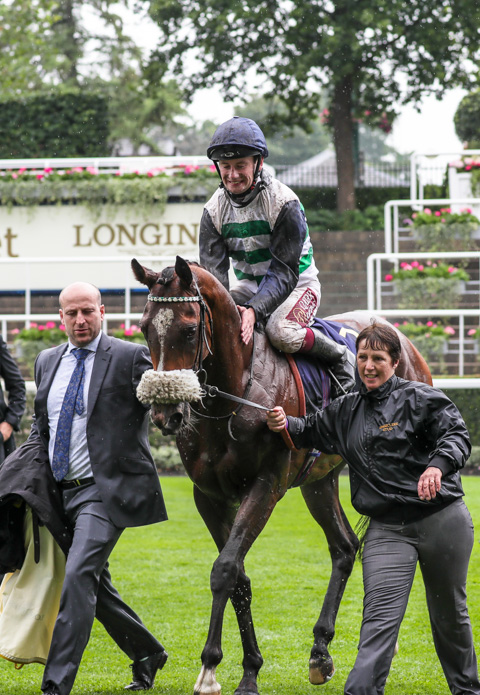 "I thought I was on the best horse, and I am delighted to ride a Royal Ascot winner for my first boss Andrew Balding.

"Dashing Willoughby is a son of Nathaniel and loves this ground - remember Nathaniel won a soft ground King George."

Dashing Willoughby is a 16/1 shot for the St Leger at Doncaster in September with Betfred.

He deserves further credit for asking Barbados to go in the opposite direction and prove his stamina in today's mile-and-three-quarters G2 Queen's Vase, a decision that nearly paid off when the colt was beaten half a length into second by winner Dashing Willoughby (6/1). Barbados (20/1) was another half a length ahead of third-placed Nayef Road (16/1), who made much of the running, but had to give best to the first two inside the final furlong as the trio pulled clear of their rivals. The beaten horses included the 11/4 favourite Norway, a stablemate of Barbados.

O'Brien said of the runner-up: "He's by Galileo and he always looked like he would stay, so we have to be delighted with his effort. It was a great run by a three-year-old in that ground so early in the season."

Wayne Lordan, who rode the colt, said: "He has run a big race. He kept going - he tries. There is a big day in him."

Andrea Atzeni, who rode Nayef Road, said: "He ran a great race. He was a little bit slow early on and I had to use him to get my position. I wasn't sure about the trip, but he obviously stays very well," while the horse's trainer, Mark Johnston, said: "He was drawn quite wide and was quite slowly into his stride, so I thought it was a great move [by Atzeni] to push round and take the lead.

"That initiative nearly paid off. He galloped all the way to the line and you couldn't say he didn't stay every yard of the trip. We're very happy and glad we went half a mile extra and make that big jump up in trip. I can assure you he won't be dropping back to a mile and a quarter again." 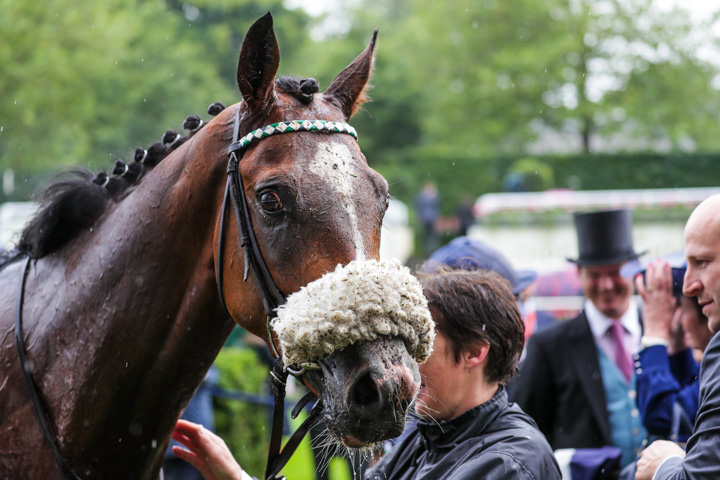