Sea Of Class is showing slight signs of improvement as she continues to fight for her life following a career-ending bout of colic. 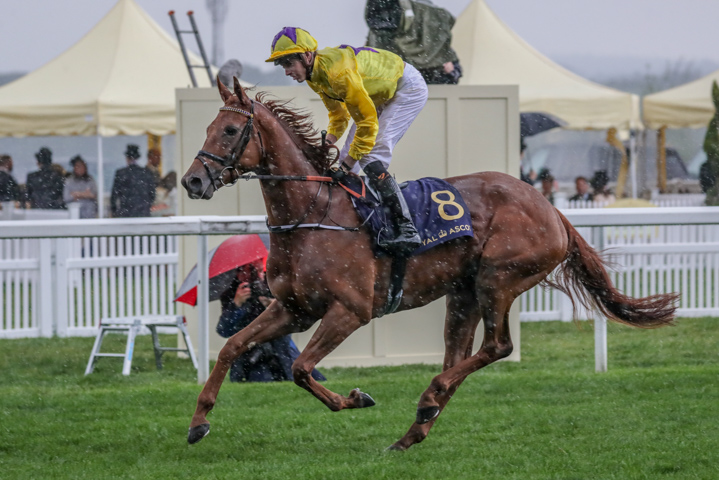 That was the positive message from William Haggas on last year's Arc runner-up on Friday, although the trainer reiterated that Sea Of Class is "still nowhere near out of the woods yet".

Haggas said on Friday: "She's what they call critical but stable. I think she's possibly not as critical now as she was, according to this morning's report. They always say nice, positive things but end it with 'but she's still not out of the woods yet'. So we're hoping she's going the right way. The vet seems quite happy with her at this stage."

Sea Of Class underwent an operation just over a week ago and is still receiving treatment.

Haggas added: "She's receiving the best care we can get and we just hope. She's so tough, so genuine and she's fighting, but her immune system is very low so she's liable to any infection. This is such a special filly."

The trainer provided the update prior to the Falmouth Stakes, in which his runners One Master and Beshaayir finished second and fifth respectively.

Colic is a broad term to describe abdominal pain in horses – a sign of a gastrointestinal problem rather than an actual diagnosis, but while difficult to define concisely it is undoubtedly the leading cause of premature death in domesticated horses. Studies claim 30 per cent of horses between the ages of one and 20 die from it.

It is difficult to treat colic without major abdominal surgical intervention and intensive aftercare to ensure recovery. Horses' gastrointestinal tracts are about 100 feet long if stretched out and their inability to vomit is a problem.

Colic can occur when there is too much gas in a horse's intestinal tract or when something the horse ate cannot pass through its intestines. Inflammation and ulceration are other causes.

Symptoms include a horse refusing to eat its feed, inability to defecate, pawing the ground, lying down, violent rolling, looking at his sides, kicking at his abdomen, sweating, heavy breathing, abdominal distention and a general worried or pained expression.