Prior to the race Wild Ruler – a $525,000 buy for Newgate Farm, China Horse Club and Winstar from Ananda Krishnan’s Kia Ora Stud (who also bred the colt) at this year’s Easter Sale - had won two trials “as easily as you can win a trial’’ for trainers Peter and Paul Snowden and was sent out a $3.50 TAB favourite as a result.

“He was untapped before today, you don’t know how good they’re going to be on race day but Kerrin [McEvoy] hopped off and said he felt like a real one,’’ Field said.

“He’s such an exciting colt, he’s a very well-bred horse and hopefully he heads down the right path and can become a stallion down the track.

“We’ve had a lot of luck buying Snitzel colts out of Easter, we bought Russian Revolution three years ago and Wild Ruler is in a very similar mould to that horse. Hopefully he can go on and do the job.’’ 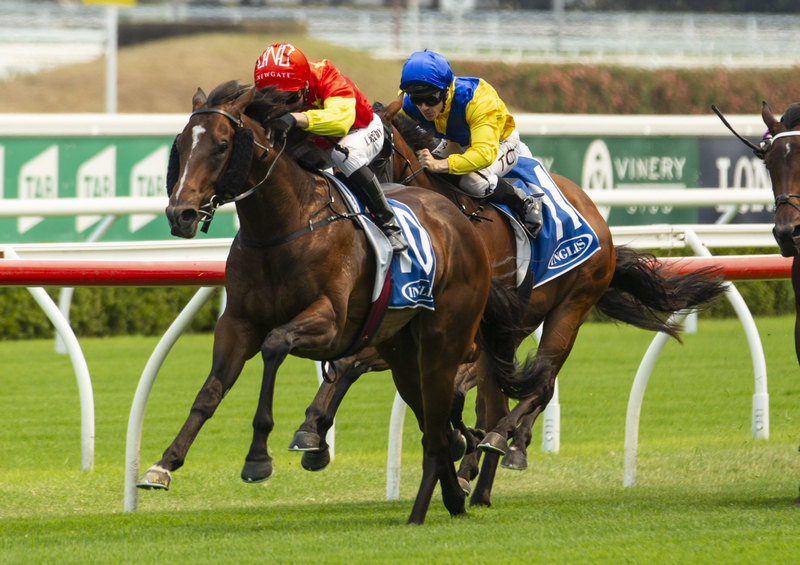 Wild Ruler is owned by his buyers and some of the racing industry’s most influential groups including Newgate SF, Go Bloodstock, G1g Racing, Nick Vass, Glenlogan Park, Aston Bloodstock and Grant Bloodstock.

The Nursery has provided two of the past six Golden Slipper winners in Mossfun and She Will Reign and co-trainer Paul Snowden hinted Wild Ruler would be given every chance to join that impressive list.

“He’s a very valuable colt but our job now is to get a big G1 win next to his name,’’ Snowden said.

“The Blue Diamond, the Slipper, all options are on the table at the moment but he’s a very talented horse, don’t worry about that.’’

Wild Ruler firmed into $26 with the TAB for the Golden Slipper following today’s win.

Wild Ruler will be looking to become the sixth G1-winning 2YO for Inglis since 2018 and the 14th G1-winning colt in the same period.

Connections are open to a $3m Inglis Triple Crown Bonus should they target the Millennium (1100m, Saturday February 8 at Warwick Farm).

Wild Ruler joined Ideas Man (Inglis Banner winner in October) as the two juveniles alive in the race for the bonus, which will be awarded to connections of a horse that wins either the Banner or Nursery as well as the Millennium and the Inglis Sires (April 4, Randwick).

It was a third win from his past four starts for the Peter and Paul Snowden-trained Signore Fox, who purchased the 4YO Exceed And Excel entire for $300,000 at the 2017 Easter Sale, from the Coolmore draft.

Signore Fox was bred by Drakenstein Stud and is raced by Joe Stambe.