Run through the paddocks of Warrnambool racecourse, the scene of Australia's longest race, the Grand Annual Steeplechase, the $300,000, Jericho Cup (4600m) was being held for the fourth time on Sunday.

Maher and Eustace scored with Ablaze two years ago and backed it up on Sunday with Wil John proving the superior stayer. 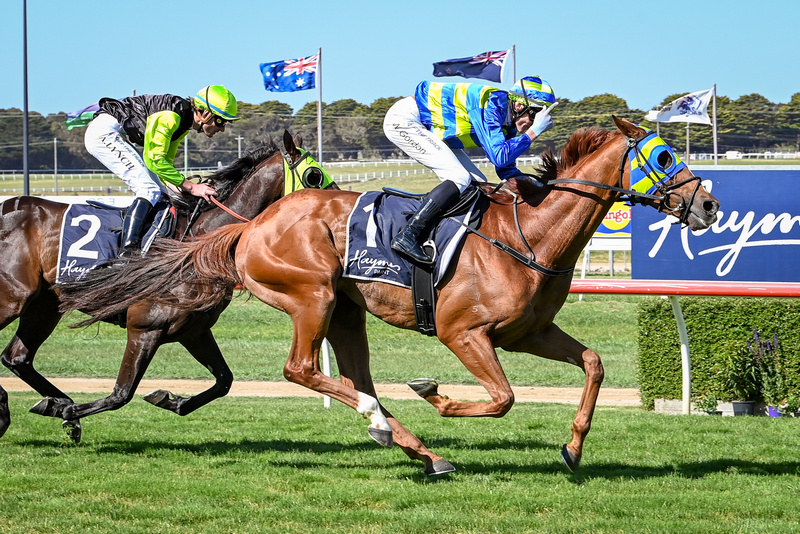 Victoria's leading trainer said it was a special win from Wil John who is a six-year-old son of Reset from the Bianconi mare Arohanui.

"His mother was one of the first yearlings I bought for Colin and Janice (McKenna) and to breed him and then go through the whole ride with him is very, very special.

"To win a race like in their backyard, it's special and Will rode a great race."

Gordon rode a stalking race behind the pace that was set by Wil John's stablemate and third placegetter Heberite.

After coming down the hill the second time to swing right, the pace quickened and inside the final 700m the race came down three, then two with Wil John and Budd Fox singling out.

Gordon paid respect to Maher and Eustace and their team in the way they presented the stayer.

"It's an honour to win it for Ciaron and the team," Gordon said.

"He's lumped 70 kilos around there and he was spot on the whole way around and strong late.