She’s a $100,000 yearling purchase who has earned more than $2.3 million in prizemoney to date, but Brad Widdup’s Icebath (NZ) could have amassed plenty more if a couple of results had gone her way. 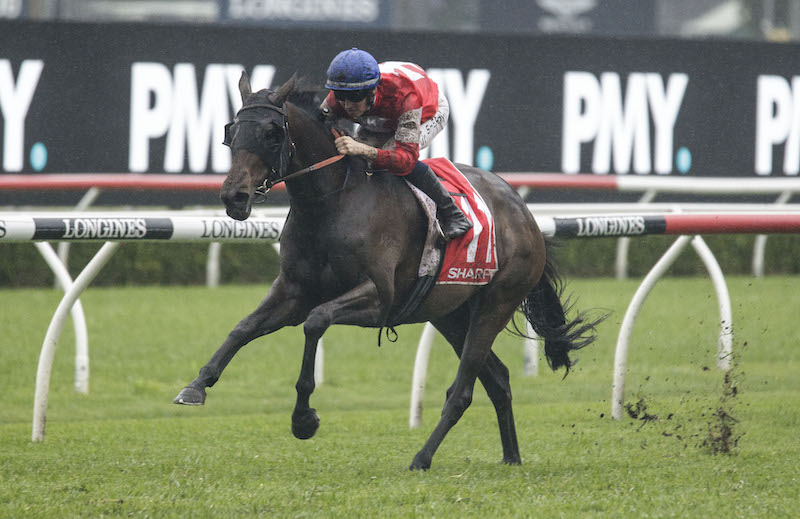 Icebath (NZ) could already have won over $6 million with a bit more luck, picture sportpix.com.au

The Sacred Falls mare narrowly went down to Godolphin’s Colette in last year’s Golden Eagle, resulting in a $2.6 million earnings difference, and was again a close-up bridesmaid to Cascadian (GB), also from the Godolphin camp, in this year’s Doncaster with a $1.18 million stakes gap. A turnaround in those two results alone would take her earnings to well over the $6 million mark.

Icebath (NZ) was also very stiff in the $1.5 million Epsom three weeks ago when unable to obtain any clear running in the final stages, finishing ninth beaten just three lengths. The five-year-old will be aiming for better luck in this Saturday’s $2 million The Invitation at Royal Randwick.

While he is in awe of the mare’s achievements, Widdup is also aware that there is more left on the table.

“There’s unfinished business when you get a horse like this,” Widdup said. “You want to make the most of it, and you want to do the right thing by her as well.

“Even after this race we’ll be trying to get a bit of black-type for her so it can look a lot better on her pedigree.”

The Invitation is a new initiative from Racing NSW exclusive for three years old and upwards fillies and mares, and has been on Widdup’s agenda for some time.

“When the race come about we were hoping we’d get an invite. It’s always been on the radar,” Widdup said.

“With the timing of Covid it’s very hard with staff going to Melbourne, so I was happy to stay in Sydney as long as I could. You’d be silly not to have a go at it.”

Icebath (NZ) currently sits at $6 second favourite with the TAB, behind Kiwi raider Entriviere (NZ) at $2.50.