Wicklow brings up hat-trick at Rosehill

The three-year-old capped a remarkable rise through the grades with a seemingly effortless performance in Saturday’s $125,000, Sharp Extensive IT Handicap (1800m) at Rosehill on Saturday to defeat stablemate Crystal Pegasus by 1-1/2 lengths. It was his third win in succession after breaking his maiden at his Australian debut at Newcastle last month and securing a win at his first city start two weeks ago.

The ease of Wicklow’s victories, and his ability to make such a quick progression, have the stable optimistic about his future. 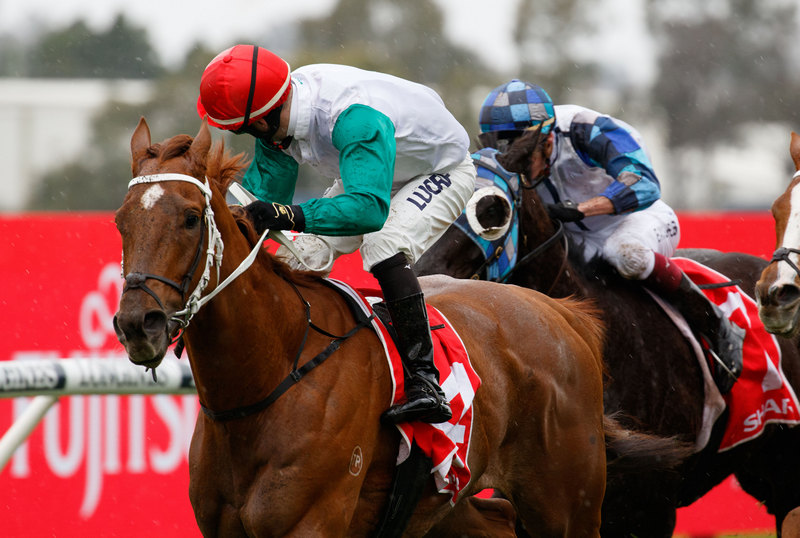 Brenton Avdulla checks for the rest of the field but he and Wicklow (IRE) were well clear, picture Sportpix.com.au

“Any of our owners who buy into these imports, we basically say to them, ‘don’t worry about what you see first prep, the second prep is going to be ten times that’. So as I said to one of the owners just then, it’s time to start dreaming,” Duckworth said.

“He can only beat what he’s up against and he’s three from three, and that progression he has made from start to start is quite incredible.”

Brenton Avdulla has partnered Wicklow to his trio of wins and described Saturday’s effort as “pretty painless”.

He has no doubt the gelding will eventually measure up to better grade but admits the spring carnival could come too soon.

“I reckon in 12 months time you will see the best of him,” Avdulla said.

“The spring might be a fraction early. You still might get a horse, but I think when he gets to the autumn carnival next year you will probably see a pretty promising horse.”

Wicklow, who started a $1.40 favourite, will now be spelled before Waller considers his next move.