The prospect of rain ahead of the HK$12 million G1 Standard Chartered Champions & Chater Cup (2400m) at Sha Tin on Sunday would complete Russian Emperor’s precise preparation, according to trainer Douglas Whyte.

Seeking a third G1 victory this season after successes with Russian Emperor (Citi Hong Kong Gold Cup, 2000m) and Stronger (Centenary Sprint Cup, 1200m), Whyte is adamant yielding ground is not a prerequisite for Russian Emperor to fire — but he is doubtlessly superior on rain-affected surfaces.

“He doesn’t need it wet but he enjoys it,” Whyte said. “If he gets a sweet run and the ground is good, he’ll let down and do what he can. But when the ground has got a bit of give in it, you can put him anywhere and he just starts travelling. You don’t have to do anything on him.” 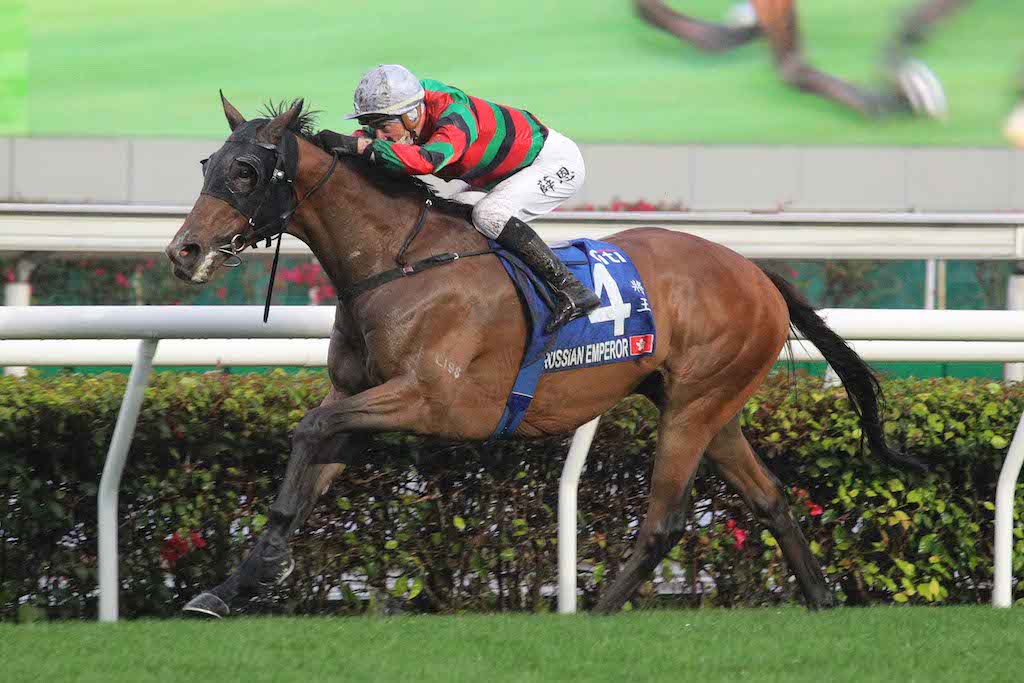 A runaway winner of the Citi Hong Kong Gold Cup on yielding ground on 20 February, when he scored by four and a quarter lengths and trounced five of Sunday’s rivals — Panfield, Butterfield, Tourbillon Diamond, Reliable Team and Zebrowski — as well as Golden Sixty, Russian Emperor finished fifth on a good track behind Romantic Warrior in the G1 FWD QEII Cup (2000m) on 24 April.

“I sat on him and he had his final gallop for the weekend and he felt great underneath me. I wish there was a bit more rain around at the weekend. That would enhance his chances,” Whyte said. “But rain or no rain, the horse is going into the race in good form. The barrier trial (on 10 May) was good. I was glad to see him finish off well and more so to see him pull up well after the trial.”

Russian Emperor, who will be ridden by Blake Shinn, faces several familiar rivals on Sunday, notably reigning Hong Kong Champion Stayer Panfield, who is on trial for the G1 Takarazuka Kinen (2200m) at Hanshin Racecourse on 26 June. Tony Millard’s flagbearer will reunite with Karis Teetan, who was aboard the Chilean-bred when he snared the 2021 Standard Chartered Champions & Chater Cup, defeating Columbus County and Exultant. Russian Emperor was sixth in last year’s edition.

A dual course and distance winner, Computer Patch is yet to win this season but finished second to Wellington in the G1 FWD Chairman’s Sprint Prize (1200m) at Sha Tin on 24 April.