The market spoke volumes in the 5f novice stakes at Newmarket and Eye Of Heaven justified his short price in fantastic style by breaking the two-year-old track record over the minimum distance. 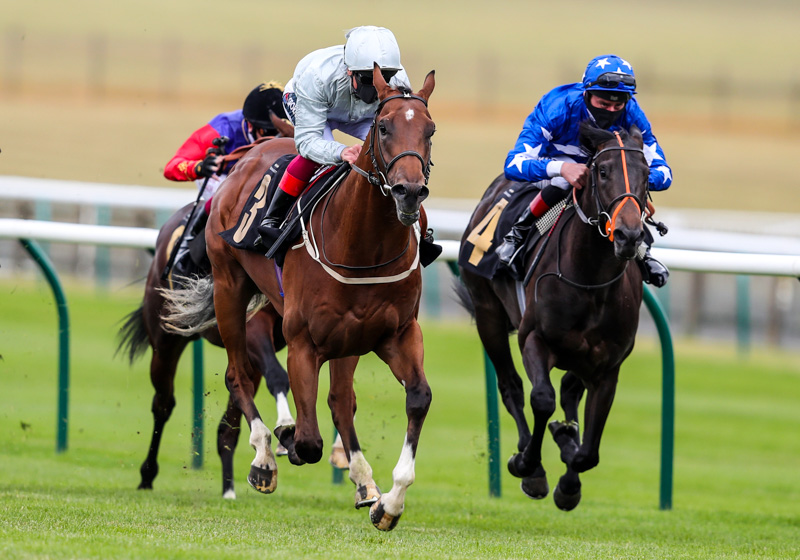 Frankie Dettori’s mount, who could be set for a tilt at the Norfolk Stakes, broke the course record previously set by Mrs Danvers in 2016 by 0.05 seconds.

The Mark Johnston-trained colt travelled kindly throughout and quickened smartly to hold off the persistent challenge of pacesetter Get It, who shaped well in second.

Paddy Power are offering a potentially generous 8-1 about Eye Of Heaven in the Norfolk Stakes on June 19, who was a second winner on the card for sire Exceed And Excel after the William Haggas-trained Sacred landed the opening 5f maiden fillies' stakes.

Those who raced prominently in the first race dominated and Sacred, one of five Haggas juveniles nominated for a priority slot in elimination ballots, was a ready length and three-quarter winner.

She was slightly short of room approaching the final furlong but soon took advantage of a gap between Sardinia Sunset and Bungledupinblue to assert under a hands-and-heels ride by James Doyle.

There was plenty to like about the performance of the Cheveley Park homebred and Paddy Power make her 8-1 for the Queen Mary at Royal Ascot on June 20.

Those who caught the eye in behind
Mahale and Happy Romance (1.15)
Shaped best of the closers, particularly the first-named filly who stayed on strongly up the hill to finish fourth.

Get It (1.50)
Showed plenty of speed and would have finished closer to Eye Of Heaven but for stumbling going into the Dip.