This Sunday will see the running of the 21st Korean Oaks where White Queen is likely to start the red hot favourite.

The Hansen filly was the emphatic winner of the inaugural running of the Luna Stakes, the newly introduced lead-up race for the Oaks. The dapple grey has won five of her eight starts, which also includes a win in Class Three company when beating both sexes back in February.

As with the entirety of the field, she entered the Luna Stakes first up and was given a perfect frontrunning ride by Lim Gi-won, who will partner her on Sunday. She was brilliant to begin from a wide gate in the mile feature, before sitting outside the leader and eventually going on to sprint brilliantly down the Busan straight.

The Park Jae-woo prepared galloper has drawn barrier nine for her Oaks assignment, with Lim Gi-won likely to implement similar tactics we saw in the Luna where in contrast, they will go over the two turns.

The Song Moon-gil trained Quiet Adele finished off strong in the event, coming from twelfth at the 3f pole to clock the quickest last sectional.
TK Day was another closer who hit the line in good style to secure the minor placing.

Of the other runners, Hansen Flashy dead-heated for fourth in the Luna after beginning slowly and steadily improving her position in the middle stages. Two Two Great was next best finishing sixth after settling on speed and shortening stride in the straight.

Whilst nine of the fifteen entrants in the Oaks come out of the Luna, six fillies will line up in the race coming off different form lines.

Wish Me has attracted interest after winning both of her starts to date, including a dominant three length victory over 6 ½f last time out. Connections must have taken confidence out of the run, stepping the daughter of Ecton Park up to the 9f at just her third start.

Queen Of The World is another galloper who has performed well early on, but did not line up in the Luna.

She is yet to be extended past 1300m but comes off a second placed performance behind a I’m Your Fashion, who appears to be a handy type. The Federalist filly will have the services of Jin Kyum, who will have to overcome the outside drawn in the Korean Group Two feature.

The Korean Oaks will get underway at 4:30PM Korean local time on Sunday afternoon. 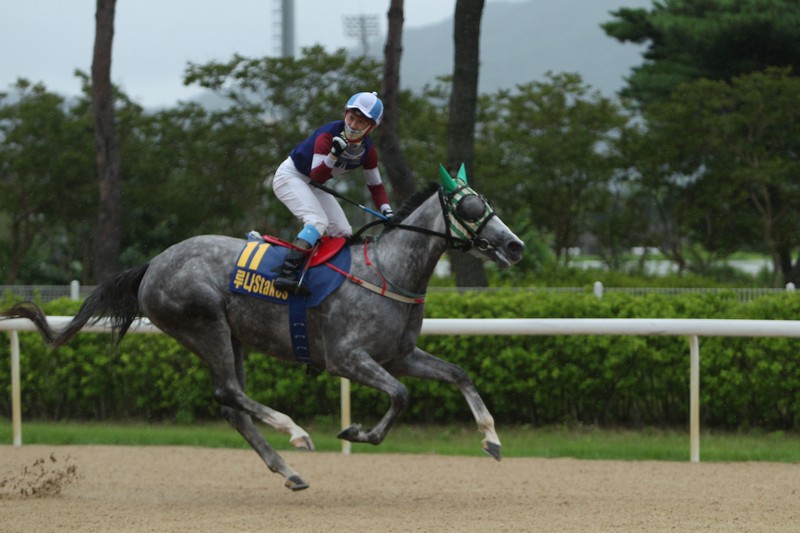