LION’S ROAR proved king of the jungle in the Randwick Guineas whilst SAVATIANO earned a deserved G1 win in the Canterbury Stakes. But on a day where records were broken at headquarters, we walked away with more questions than answers regarding the jigsaw puzzle that is the Golden Slipper.

STAY INSIDE – The official result will read fourth beaten 1.7 lengths in the Todman Stakes but at this stage he is the horse I want to back to win the Golden Slipper. The Richard and Michael Freedman-trained colt went back from the outside gate, settling last. James McDonald found traffic into the straight and by the time a run presented, the bird had flown. Despite the trouble encountered, the flashy son of Extreme Choice clocked a final 600m of 32.92 secs with a final 200m of 11.12 secs. If he draws a gate in the big one – I’m on.

TRIFACCIA – Sometimes you get all the luck and other times you get none. James McDonald again drew out aboard this filly for James Cummings and settled a clear last. Traffic into the straight slowed the progress of this daughter of I AM INVINCIBLE before a late rush saw her snare third – beaten one length. A final 600m of 32.85 secs is sizzling but the final 200m was what really made the jaw drop – 10.92 secs. Wow!

MO’UNGA – This could be the G1 which went begging for trainer Anabel Neasham. The blinkers went on and the support came for this talented son of SAVABEEL, but you need luck in racing and unfortunately it wasn’t meant to be – this time. Locked away with nowhere to go after enjoying a good ‘smother’, Tommy Berry put the left blinker on and manoeuvred his way clear but it was too late. Scorched into second and will have to wait another day.

FIESTA – A non-descript fifth beaten three lengths in the G3 Wenona Girl Quality (1200m) will hardly jump off the page but sometimes you have to dig a little deeper. Settling last from a wide draw, Chris Waller’s mare ripped home in a final 600m of 32.21 secs with a final 200m of 10.81 secs. Horses cannot run any faster.

PRETTY WOMAN – Wound-up second last in the G2 Reisling Stakes (1200m) beaten four lengths but for punters and connections it’s a case of what might have been for Matt Dale’s daughter of WRITTEN TYCOON. Enjoyed a handy trail to the turn but was locked-up for the entire straight and never once got a crack at them. Total forgive run.

THERE were some pearlers at Randwick on Saturday with honourable mentions to Brenton Avdulla (Lion’s Roar), Tommy Berry (MOUNT POPA), Nash Rawiller (EDUARDO) and Hugh Bowman (SAVATIANO) but the award must go to Rachel King for her winning ride aboard ANAMOE in the G2 Todman Stakes (1200m). Settled last yet cut the corner, found a split and arrived right on the wire. A perfect steer.

ANY punter that navigated their way through the Randwick Quaddie was rewarded with a whopping dividend of $93,796.10 (NSW TAB).

1-THERE have been three horses take out the Todman Stakes / Golden Slipper double within the past 10 years. Can you name them?

2-LION’S Roar gave John O’Shea his first Randwick Guineas and Brenton Avdulla his second. Can you name Avdulla’s other winning mount?
ANSWERS BELOW

VET certificates will be required for NORTH PACIFIC (lame), SAMADOUBT (lame) and VICTOREM (cardiac arrhythmia) before they allowed back to the races. Two jockeys suffered suspensions with Jade Darose and Stephanie Thornton earning the ire of stewards out of the G2 Challenge Stakes (1000m). Darose is out from March 14 to 18 whilst Thornton is out from March 14 to 25.

WE had a Good 4 surface at headquarters and the horses responded running slick times. Due to the fast times it proved difficult to make ground although LION’S ROAR and ANAMOE did come from last to win so the track certainly raced fairly. The rail was out three metres.

SEVEN of the nine races at Rosehill Gardens next Saturday are to be run at Stakes grade. The G1 Coolmore Classic (1500m) will hold centre stage. 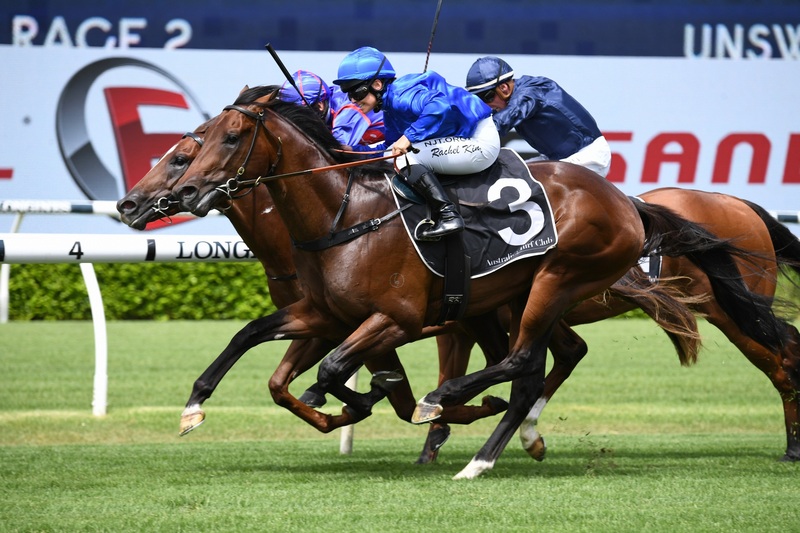