It can sometimes be hard to find the right words in the immediate and euphoric aftermath of Group 1 success, but Adam Kirby summed it up perfectly when describing Supremacy as a "warrior" following his all-the-way triumph in the Juddmonte Middle Park Stakes. 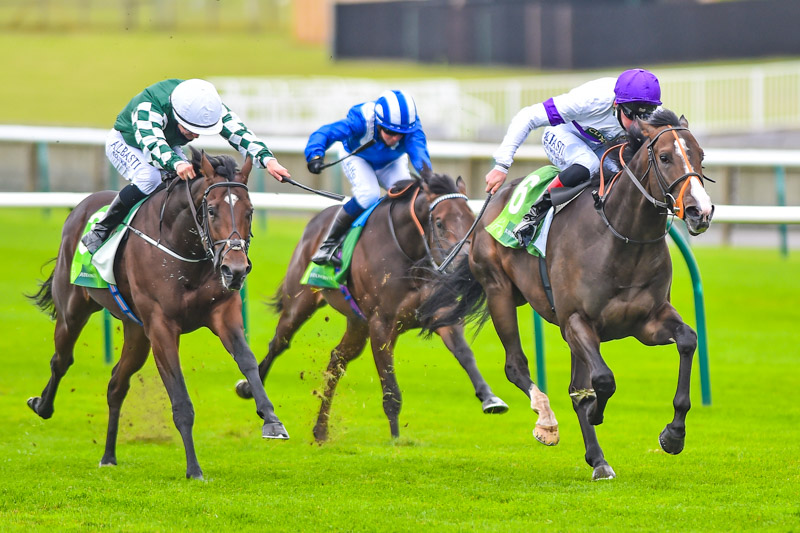 With the wind howling across the Rowley Mile, out on your own in front can be a lonely place, but Supremacy was in his element. With his head bowed and ears pinned back, the tenacious son of Mehmas was never going to surrender the lead.

In another season to write home about for Lambourn ace Clive Cox, Supremacy followed the lead of stablemate Isabella Giles, who toughed it out in similar fashion to land Friday's Rockfel Stakes, handing his trainer a second Group 1 of the season after Golden Horde's Commonwealth Cup strike.

"He's a warrior," championed Kirby. "Clive trains his horses to be very tough and he'll hang in there for you. It was a proper race and he's obviously top class.

"He's the same as all of our good ones, he has a very high cruising speed and can find again. He's a credit to Clive and the team and it's a great day."

Cox, registering a second win in the Middle Park and an 11th success at the highest level, concurred with every word and has little doubt Supremacy is of a similar ilk to Golden Horde with sprinting very much his game. 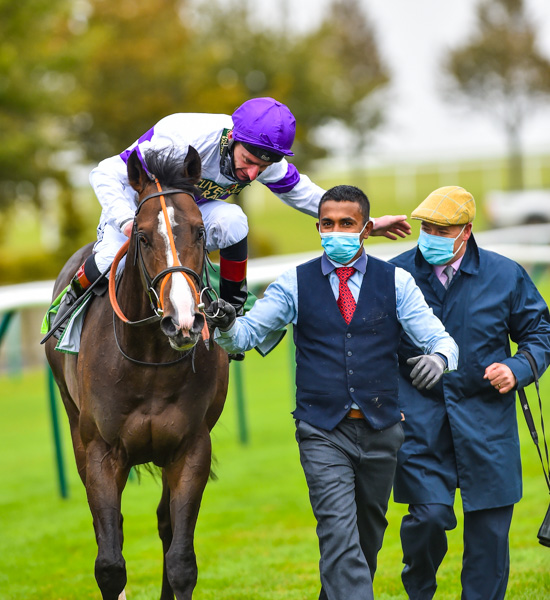 Celebrations all round after Supremacy's victory, photo Hugh Routledge

"I'm overjoyed," said the trainer. "He's a complete speedball and likes to get on with it. Adam has ridden him beautifully, got the fractions right and I'm just delighted with the way he finished off.

"I'm really excited about him for next year as well because I think he's got more developing and strengthening to do over the winter. He's just pure class."

Paddy Power halved the winner's price to 8-1 for next year's Commonwealth Cup at Royal Ascot and it looks a safe bet that he is heading that way rather than attempting to stretch to a mile for the Guineas.

With so few in attendance, the Rowley Mile has felt colourless at times over the three-day Cambridgeshire meeting, but winning owner Jason Goddard did his bit to create an atmosphere as he bellowed home his winner from a bare grandstand.

"Could you not hear him?" said the winning trainer. "We've had a couple of winners for Jason in the past but not quite at this level. It's just wonderful he's really able to enjoy this horse and hopefully a few more to come."

Goddard might have some tough decisions to make, with the winner an appealing stallion prospect for the future and Cox expecting some tempting offers to follow.

"He's stallion material now and that's the territory we're in," he said.

After a troubled passage in the National Stakes, Lucky Vega bounced back with a fine run to finish second and is likely to be put away for the winter now.

Rider Shane Foley said: "He ran a blinder. He got a little bit lost down into the Dip, but we got to within striking distance of Adam a furlong out and I thought I had him. In fairness, his horse kept digging it out.

"I'd say that's him finished for this season."