Mornington trainer Jason Warren has thanked Racing Victoria for its quick action in helping his stable deal with a member of its staff coming into close contact with a confirmed COVID-19 case.

After learning of the contact, Warren took the "proactive and responsible" steps and scratched his runners across the weekend, with his stable workers tested for coronavirus.

“I appreciate the swift action and support of Racing Victoria and its stewards and medical department,” Warren said.

“We have all tried to work together well for the benefit and care of the industry.

“In times like this we all need to pull together and do everything we can and I can confirm our stable will definitely continue to do that every step of the way.”

In a statement, Racing Victoria had thanked "Mr Warren for his prompt and decisive actions and his cooperation with the Stewards."

The staff member with the close contact has been tested for COVID-19 but is still waiting for their results, with RV saying they had been ordered by DHHS to isolate at home for a minimum of 14 days and undergo Government testing.

The majority of Warren’s staff have since tested negative to COVID-19, with a result pending for only one staff member and they have been asked to remain isolated pending confirmation of their result.

In a statement, Racing Victoria said on Sunday it "was advised by the Jason Warren stable on Friday evening that a staff member had been identified as a close contact of a person who has tested positive to COVID-19" and that "this staff member works at Mr Warren’s private training facility, does not interact with all staff members at the stable, and has not attended a race meeting for several months".

"Acting with an abundance of caution and in the best interests of the industry, Mr Warren withdrew his horses from yesterday’s race meetings at Flemington and Moe so that no staff members would be in attendance," the statement said.

"In addition, Mr Warren determined that he would keep all horses at his private training facility on the Mornington Peninsula whilst the matter is further investigated.

"Racing Victoria worked with Mr Warren yesterday to facilitate testing of his staff members and has been advised this morning that all returned results are negative."

Racing Victoria said that one of Warren’s staff did not use Racing Victoria’s testing it provided yesterday, "advising that they would undergo testing at a facility closer to their home" and that this "staff member has been stood down by the Stewards pending the confirmation of a negative test result and been ordered to isolate until such time."

In an email sent on Saturday, the Warren stable is hopeful of returning to racetracks on Monday, where five of his runners are due to compete at Pakenham. 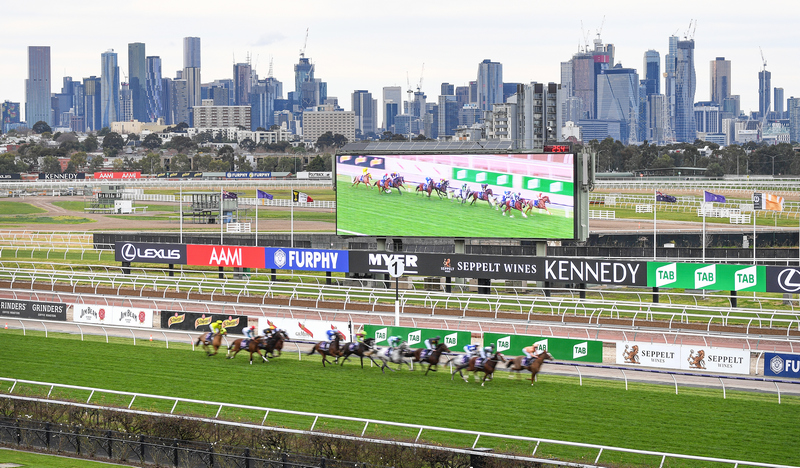