The Chris Waller stable have put forward four nominations for the 1400m including the last winners Blondeau and Vitesse as the leading trainer looks to add to his 212 Sydney winners for the season earning $24.6 million in stakes.

Blondeau, a rising four-year-old I Am Invincible gelding, won the Benchmark 88 over 1400m at Randwick on July 17th by a clear 1 1/4L for his fourth win from 17 starts. On the same programme Vitesse, a rising six-year-old Snitzel mare, won the F & M Benchmark 78 over 1400m for her sixth win from 38 starts.

Nominations are extended for the 1400m.

Greg Hickman has nominated Our Bellagio Miss for the 1100m with the rising five-year-old Casino Prince mare going for three wins in succession.

Our Bellagio Miss has the distinction of winning the first Midway Handicap when taking the $100,000 1100m race at Rosehill on July 3rd. She then went on to take the Benchmark 78 over 1000m at the July 17th meeting at Randwick for her sixth overall win and taking her stakes to just under $300,000.

The track is rated a Soft 5 on Monday and the rail will be out 12m from the 1600m to the Winning Post and 10m for the remainder of the circuit.

Sydney’s weather this week has an almost spring like feel with mainly sunny days and temperatures ranging from 21c on Tuesday and 24c Wednesday to 19c on Friday. Saturday’s forecast is for a partly cloudy day and 9c to 22c. 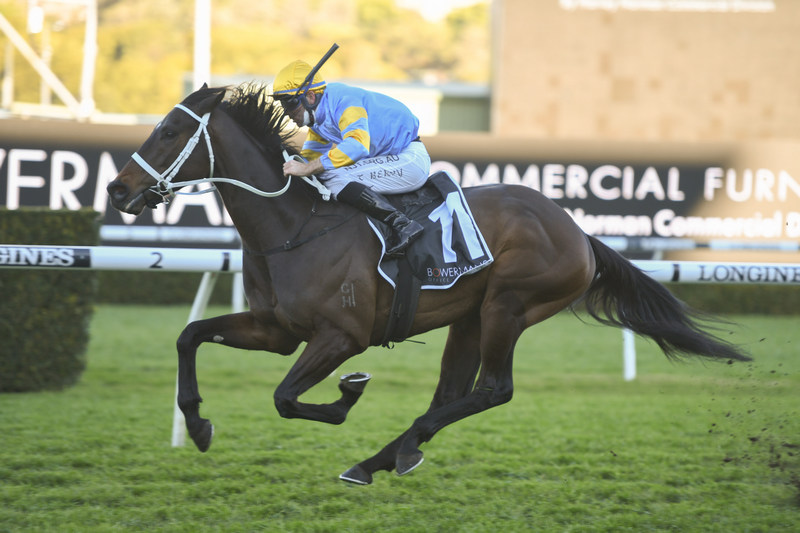