Waller confident Elleegant will bounce back

Trainer Chris Waller is seeing the right signs to suggest Verry Elleegant (NZ) can rebound from her uncharacteristic Group 1 Turnbull Stakes flop and give the $5m, Group 1 WFA WS Cox Plate (2040m) at The Valley on Saturday a shake.

The glamour mare finished a well-beaten fourth to Saturday's brilliant Caulfield Cup winner Incentivise in the Turnbull Stakes over 2000m at her last start when she started favourite.

Waller said while they could find no obvious excuse, the topline mare just wasn't herself after the race.

"She was flat after the Turnbull," Waller said.

"We couldn't find any soundness issues, she was as sound as a bell

"She just wasn't her bouncy self for a few days but after a few days in the paddock, the team have cuddled her and she's back."

Waller, who won his second Everest with Nature Strip at Randwick on Saturday, has also been buoyed by Verry Elleegant's lead-up work.

The mare had a spin around Moonee Valley on Saturday and got the thumbs up from jockey Damian Lane.

Waller said Verry Elleegant's appetite had also returned, which augured well for her mindset and condition.

"She went to Moonee Valley (Saturday) morning and she worked really well. Damian Lane rode her and he said that she felt great," Waller said.

"She's eating more than she was eating in Sydney, so that's a good key to her. I've had that problem with her before in the spring where her appetite's not as good but to see her appetite the same as it was leading into the (2020) Caulfield Cup, I'm starting to get a bit more bullish about her chances."

Verry Elleegant will line up in her second Cox Plate (2040m) on Saturday after finishing unplaced behind Japanese star Lys Gracieux two years ago.

She has since established herself as one of the country's leading weight-for-age stars over a middle distance and was an $8 Cox Plate chance with TAB fixed odds on Sunday. 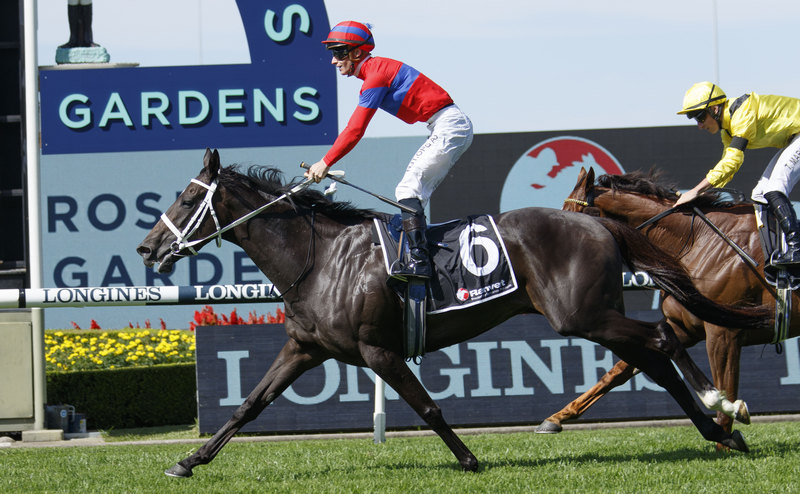