Trade continued in robust fashion on the second day of the Tattersalls Autumn Horses in Training Sale with seventeen lots topping six figures, led by the William Haggas trained Piranesi at 300,000 guineas. 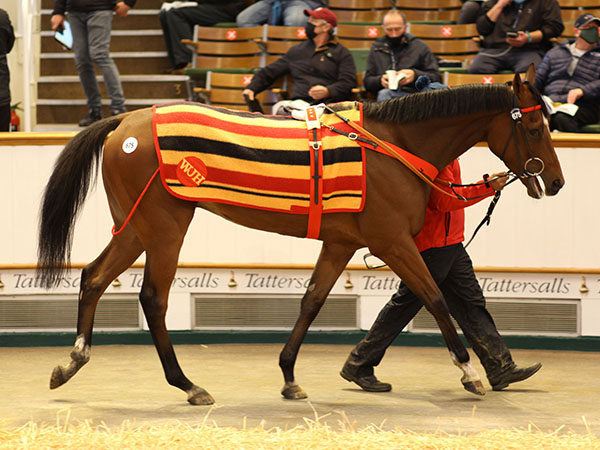 The session topper on the second day of the Tattersalls Autumn Horses in Training Sale was the William Haggas-trained Piranesi, who was knocked down to local trainer Jane Chapple-Hyam for 300,000 guineas. Bids came from all around the ring for the good-looking son of ZOFFANY with those involved including Ted Voute, Ed Dunlop, and Ronald Rauscher, but it was Chapple-Hyam, standing in the stairwell, who prevailed.

"I am just the caretaker trainer!' Chapple-Hyam said, explaining: "He has been bought by my client to go overseas and will go straight abroad. The client and I work together. Very happy to get the horse - he is a very good-looking horse, there is some improvement. He appealed to the client."

The Somerville Lodge consigned three-year-old was offered with a ‘Timeform’ rating of 108 following a recent Ascot success, his second win from only four starts. Out of the Galileo mare Starship, Piranesi is a half-brother to the Group 1 Racing Post Trophy winner Rivet and hails from the family of triple Group 1 winner One Master. 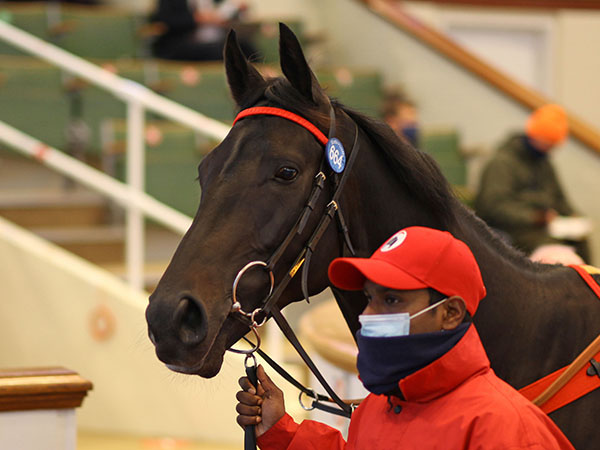 Australian trainer Chris Waller was one of the first Australian trainers to buy at the Tattersalls Autumn Horses in Training Sale, which has proven to be a rich vein of top class winners for Sydney’s Champion trainer. Agent Guy Mulcaster and veterinarian Tim Roberts would normally be present in Newmarket to do the legwork for Waller, but restrictions placed on travel from the southern hemisphere due to the COVID pandemic have prevented their attendance with local agent John Ferguson stepping in to fill the breach.

"Chris is after horses with good recent form and a good rating," said Ferguson who secured three lots for 520,000 guineas on the second day of the sale, headed by the four-year-old Desert Icon at 210,000 guineas.

Consigned by William Haggas’ Somerville Lodge, the son of Sea The Stars was third in the Listed Foundation Stakes at Goodwood on his most recent start and was offered with a ‘Timeform’ rating of 112. Ferguson also secured the Frankel three-year-old Born A King for 120,000 guineas and Crystal Pegasus for 190,000 guineas from Somerville Lodge on behalf of Waller. 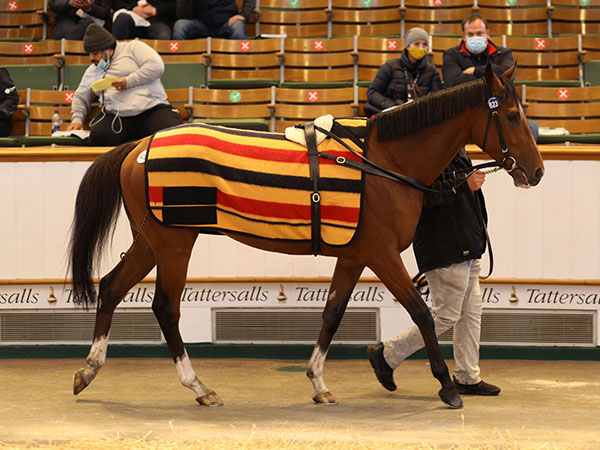 Newmarket-based bloodstock agent Armando Duarte secured the Ballydoyle Stables consigned Keats for 200,000 guineas in partnership with Ballymore Stables Australia and Paul Moroney Bloodstock. A winner of the Listed Navigation Stakes at Cork on his latest start, the three-year-old son of Galileo was knocked down to Duarte on his only bid.

"This horse was our pick of the sale," commented Duarte. "We think he might make up into a top miler or might stay ten furlongs. Normally we are looking for a stayer, but this horse could be a miler.

"He has been very highly recommended by Mick Flanagan, who works closely with Coolmore Australia. It was perhaps more than we wanted price-wise, but we think we have got a nice horse and one for the future."

Keats, who is rated 111 by ‘Timeform’, will be heading to Australia to be trained by Mike Moroney at Flemington racecourse. His brother Paul would usually be in Newmarket in charge of purchasing the horses in training to ship ‘down under’ for the stable, but 2020 has made travel impossible and Duarte has been entrusted by the brothers with the sale purchasing.

"Myself and Paul have known each other for about 15 years, we are good friends and the working relationship has been growing and growing, and this year it has worked in my favour as he is not able to be here," said Duarte, adding: "Paul is in quarantine in Australia having moved to the Gold Coast for the sales. He is making his way back in a caravan to Melbourne where he is based, but it is in lockdown. I know exactly what Paul likes and what he does not like so we work well together."

Keats is out of the 2002 champion two-year-old filly Airwave and a half-brother to Meow, the dam of two-year-old Champions and Group 1 winners Churchill and Clemme.

The Tattersalls Autumn Horses in Training Sale continues at 9.30am on Wednesday, October 28th.