Keeping defending champion trainer Michael Clements in his sights from his second place for most of the season, Walker only started to look the part for a fourth title from September when the New Zealand horseman’s season finally started gaining traction with winners by the spades while his rival concurrently hit a speed bump.

If there was any glimmer of hope Clements could still pick him up, it was soon snuffed out with each passing week where that trend was never bucked. 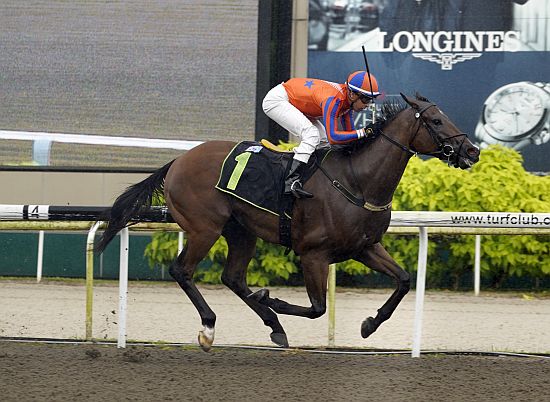 Going into the last 2021 meeting this Saturday, Walker stands at 65 winners, nine clear of Clements.

Only dreamers would have you know, mathematically, the tables can still be turned, but the plain truth is, unless Clements produces a Guinness-like world record of 10 winners in a day, the Club’s trophy engraver could start bringing out the ‘Mark Walker Champion’ template – if it hasn’t been done already.

But with Clements entering eight horses over only five races at the Wednesday declaration, all speculation suddenly became moot. Walker could pop the champagne.

Okay, he’s been there and done that, he was not going wild. Besides, he’d never made the title his priority even when he was giving Clements the slip, but a fourth gong joining the five New Zealand premier titles in his trophy cabinet still counted as a proud achievement.

“I’ve not been losing sleep over it, to be honest, but it’s great to win it again after all the hard work throughout the year,” said Walker.

“I have to thank my owners and a great team of staff. We must not forget I’m just the captain of the ship and I need a whole crew behind.”

“The key to it is to have new horses coming through, and I’ve been lucky in that regard,” he said.

“My greatest supporter is now Fortuna Racing, they have more horses (15) than Te Akau (10) now. All my thanks to John Galvin who has been building up a new stable.”

Walker turns a bit sombre when he peers at the horizon for what lies ahead on the Singapore racing landscape, albeit he admitted he was one of the “lucky ones”.

“Unfortunately, most owners, including Te Akau, would rather sit back and see what’s going to happen at the moment,” he said.

“I’ve been here for 11 years and won four champion trainer titles, something which I never thought I would achieve when I first arrived.

“But what I remember more from my first year is what the Club looked like then. How I wished we could go back to those days.

“I still believe Singapore is one of the greatest countries in the world to live in. I wish the government could get behind racing to get it going again, like the way it’s done in Australia where every state gets behind its racing and have been a real catalyst.

“We can’t hide behind COVID-19 all the time, as I believe we can get it under control. Racing has got to turn around as it’s not sustainable for us anymore.

“I’m the lucky one with a full barn, but some of the other trainers don’t have that. Still, we’ve got to hope we can ride out the storm as I really don’t think this is rock bottom.”

The newly-minted champion, who amazingly, has not claimed a Group race since Elite Invincible’s victory in the Group 1 Singapore Gold Cup (2000m) in 2018, will end this current campaign the same way.

The last feature of the year, this Saturday’s $110,000 Merlion Trophy (1200m), could have been his last chance, but he doesn’t have a runner in the race he once won with Distinctive Darci in 2018, which, incidentally, was the season he reaped the most ‘black type’ wins – four – but paradoxically, when he could muster only a fourth place on the premiership.

He does have some handy Polytrack sprinters in his yard, especially progressive last-start winner Entertainer in a Class 2, 1100m with only 48.5kgs on his back, but as much as the valiant Fortuna NZ Stable-owned son of Zoustar has been his winningest horse this year with six wins, he couldn’t conceivably see him run in the only Polytrack feature left on the Singapore racing calendar.

To Walker, he only runs horses if they can win, and no Group label or higher prizemoney can counterpoise that.

In his 11 years at Kranji, Walker might have mastered racing as a numbers game where winners are regularly churned out from his massive operation, but interestingly, it wasn’t quite the same dominance asserted at the elite level.

Up to now, he has captured only nine Group races, with two at Group 1 level, the other one being with the same Elite Invincible in the ad hoc 2018 Charity Bowl, which was the last name conferred to the former Patron’s Bowl before it was phased out for good.

“It was never the plan to run Entertainer in the Merlion Trophy,” said Walker.

“It would have been tough at level weights against the best sprinters, and he deserves a break, anyway. We’ll bring him back next year.”

One important cog in the Walker wheel may not be around next year, though – new Singapore champion apprentice jockey Hakim Kamaruddin, and who is in pole position to bag the senior title as well on Saturday.

Walker’s Malaysian apprentice jockey has been the revelation in the riding ranks this year, but blotted his copybook with a few indiscretions that incurred the wrath of Stewards, the latest and most serious offence being a three-month ban for whipping a horse (Motakhayyel) on the head in a race on November 14.

The Kelantan-born rider was also the only apprentice jockey to be recently renewed for six months (all others got one year) for 2022, presumably meant to be read between the lines as a “return to barrier school”.

Walker thought there was no tougher school than New Zealand. Not only the more frequent racing would help Hakim hone his craft further, but the change of scenery and the bracing Kiwi air could also help clear his mind.

“I’ve spoken to Hakim, and I’m trying to get him to ride in New Zealand next year. It’s of course subject to visa approval,” said Walker, who sent apprentice jockeys like Shafiq Rizuan, Dennis Tan Zhi Xian and Riduan Abu Bakar on the same educational path to Te Akau/New Zealand in the past.

“He will benefit from the experience for sure. He will grow not only as a rider but also as a person.”