Walker rates Mystery at his own pace

While there was a widespread belief former UK Group 2 winner Mystery Power couldn’t lose – and he duly obliged - at his Singapore debut in a lowly Class 4 race at Kranji, trainer Mark Walker does not seem to be among those who think the English import is underclass.

With a British rating of 105 markedly adjusted down to 61 when he landed here, the No Nay Never four-year-old was on paper a moral at his first Kranji start, thought most.

He didn’t disappoint, but neither did he win doing hand stands in the home straight. 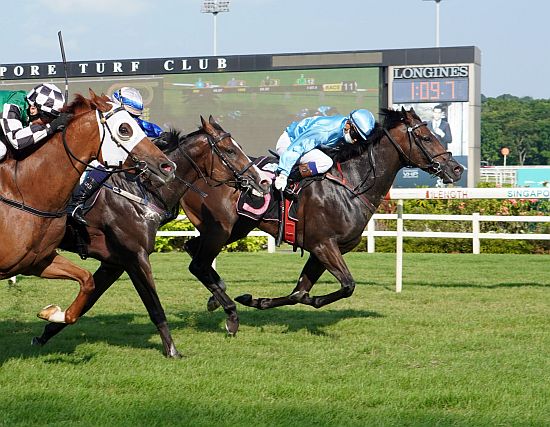 Settled at the rear by Walker’s apprentice jockey Hakim Kamaruddin, Mystery Power gradually improved through the field to be within striking distance upon straightening.

Somehow, the gaps opened up at the right time before he quickened nicely to down The Marksman (Danny Beasley) and Knight Love (Louis-Philippe Beuzelin) in a close finish.

No doubt, it was a rousing first-up win in a 1200m contest, but he didn’t exactly mop up rivals that were considered largely inferior to him.

The jury is still out whether Walker and Thai outfit Falcon Racing Stable had their new class act. Knockers would say he was not fully tested, but new admirers could counter he was not fully wound up either.

Walker on his part would rather trust his own eyes rather than give too much weight to a resume headlined by the Group 2 Superlative Stakes (1400m) win at Newmarket in July 2019 from a record of two wins in eight starts for the King Power Stable when prepared by trainer Richard Hannon.

From first impression, the three-time Singapore champion trainer was not really sold originally, and though Mystery Power redeemed himself with victory, a second outing in this Sunday’s $50,000 Class 4 race over a more suitable 1400m, but as the topweight, will provide a few more pointers.

“He got a lovely run through. Hakim rode him well,” said Walker.

“He was down in the weights, but he will carry the full 58.5kgs this time when he’s such a small horse. Hakim is suspended (careless riding) and Vlad (Duric) is the best rider around, he got the ride.

“If he measures up, then we could look at the Derby, but he will have to win with 58.5kgs and go up in his ratings. You always hope for a Derby horse, but he’s got to progress further, he’s got to win at least his next two starts.

“I honestly wasn’t sure what to expect from him first-up. His first trial on Polytrack was good (he won), but his second was average and his third was just a pass mark.

“But I suppose getting back to turf, he got his turn of foot back. He’s probably looking for 1400m.”

The Group 1 Singapore Derby (1800m) will be run on July 25, but not as part of the Singapore Four-Year-Old Challenge, which is cancelled this year, one of the many changes triggered by COVID-19. The first Leg, the Group 3 Silver Bowl (1400m) is scrapped while the second Leg, the Group 2 Stewards’ Cup (1600m) will be run three weeks earlier on July 3. 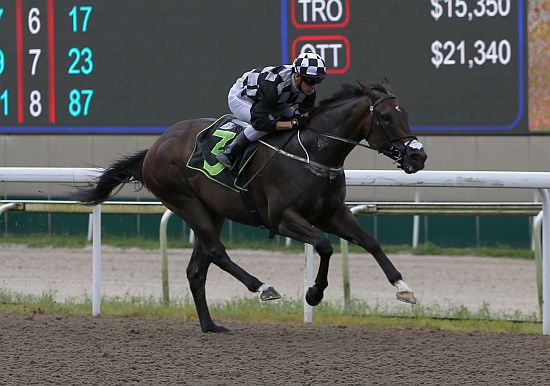 Walker, who has recently closed the gap on reigning champion trainer Michael Clements, will be looking to keep the momentum going with his solitary winner from last week – I Am Sacred.

After dictating from the word go, the I Am Invincible four-year-old strolled to a big win in a Class 4 race over 1100m on Polytrack last Saturday, and is backing up in this Sunday’s $70,000 Class 3 race over the same course and distance.

“1200m is his peak distance. There aren’t many Class 3 races over 1100m for quite some time, except for that one the following week (from the last start),” said Walker.

“As he’s pulled up well, I’ll run him again even if, ideally, I would have preferred a longer gap. He’ll go for a break after that.”

Walker said the five-and-a-half-length margin actually made the win look flattering, and he was not expecting identical results on Sunday.

“The form won’t stick. There was a terrible frontrunner bias on the Polytrack the whole day,” he said.

Interestingly, I Am Sacred was also Duric’s only winner on that day, a combination that nearly didn’t happen if an administrative error by Walker at declaration time had gone unnoticed.

The Kiwi mentor incorrectly declared his apprentice jockey Jerlyn Seow Poh Hui for the ride when he was meant to book Duric. The mistake was discovered in time, but it still cost Walker $500.

Ironically, with Duric committed to another runner, Walker is putting Seow on I Am Sacred for real this time!

“Vlad is riding another horse for James Peters. I’m putting Jerlyn on, there’s no mix-up this time!” he said.

“Jerlyn can jump him out and get him to come across, as he’s a horse who’s better on the speed. We just need to see where he draws tomorrow.”