Waikuku’s back for another shot at Beauty Generation

Joao Moreira expects improvement from the talented Waikuku (113lb) in Sunday’s G2 Oriental Watch Sha Tin Trophy Handicap (1600m) and he knows the four-year-old will need to show it if he is to trouble Beauty Generation (133lb).

Last season’s BMW Hong Kong Derby (2000m) second ran a race full of promise when third to the supreme champion in the G3 Celebration Cup Handicap (1400m) earlier this month and gets 20lb from the top-weight this time.

“It’s a handicap again so this is probably his best shot at winning,” Moreira said.

“Beauty Generation is a freak but at the same time Waikuku has been giving me a lot of confidence that he’s stepping forward. He probably needs to have improved but not that much if he’s to be a little bit more competitive than he was last time.”

The Brazilian believes his mount will strip fitter and sharper for his second run of the campaign.

“He ran really well the other day and I really believe he was only 75 percent done. Physically, he should have improved because he was carrying a bit of condition,” he said.

“Other horses, particularly the favourite, may have improved physically from that run, but I’m confident that my horse has.”

Waikuku ran a strong race to finish second to Furore in the March 2019 BMW Hong Kong Derby (2000m) but three of his four Hong Kong wins have come at 1400m and the other over 1800m.

“John Size has brought him back and he’s probably aiming to run him over a mile instead of the 2000 metres, so it means his opinion is that he’s more like a miler and I kind of agree with him,” Moreira said.

“I know the Derby run was outstanding but the way he races and what he has done in the last 12 months suggests that the mile will suit him better. He’s picking up and should be a very nice horse in the near future.” 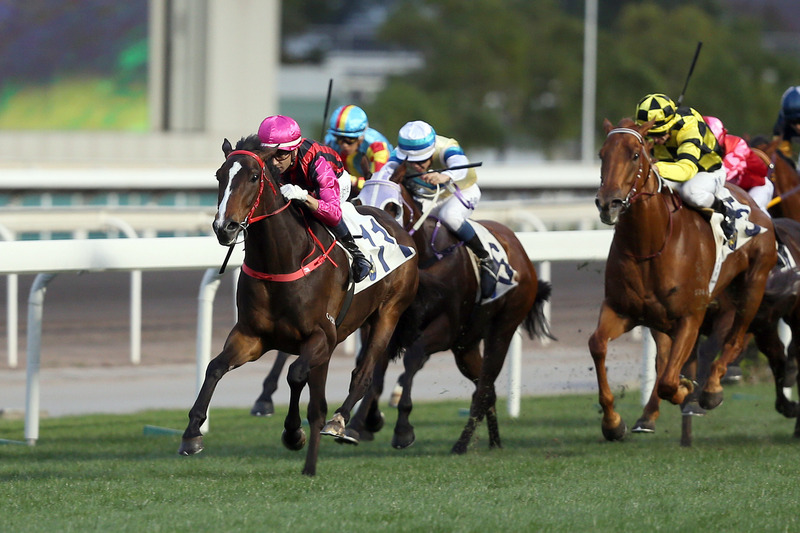 True to his word

Moreira partnered the exciting John Moore-trained Aethero to a brilliant track record-setting win over 1000m at Sha Tin last weekend and will be aboard the Size-trained Full Of Beauty in this weekend’s G2 Premier Bowl Handicap (1200m).

The latter could lock horns with the former, as well as top-liners Beat The Clock, Mr Stunning and Hot King Prawn in next month’s G2 Jockey Club Sprint (1200m), en route to the G1 LONGINES Hong Kong Sprint (1200m) on 8 December.

Moreira took over from Zac Purton for Aethero’s latest win but with the gelding set to carry a featherweight 113lb next time, Karis Teetan has been booked, with Moreira staying loyal to the Size-trained gallopers.

“There was a huge conversation afterwards and Zac (initially) got back on. I didn't even think about having Aethero in hand, and I would consider that because he’s a very good horse, but at the same time it’s very hard for me to get off a good horse like Beat The Clock who has done what he’s done.

“John Moore cannot wait, because the jockeys might not be available later if I decide to go to one of those other sprinters, Beat The Clock or Full Of Beauty,” he continued.

Size has been a firm ally to Moreira ever since the rider arrived from Singapore and is his greatest source of winners.

“I said to John (Moore) the other day when he rang and offered me the Aethero ride that it’s very difficult to get off the John Size horses I’ve been riding because I need to show loyalty to Size: he is my right arm, he’s lifted me up every time I’ve gone through difficulties, he was there supporting me - that’s not to say John Moore hasn’t been a big support too of course.

“It played out in a way I didn't expect, and because I told Size I’d ride his horse, I’ve got to keep my word.”