Popular trainer Udyta Clarke remains in a critical but stable condition in a Melbourne hospital after being diagnosed with bleeding on the brain.

Clarke was rushed to The Monash hospital on Monday night after suffering a medical episode.

Racing.com reports the 72 year-old has been moved from intensive care and has been opening her eyes according to long-term friend and colleague Julie Murray.

“It’s still a very serious situation but she’s such a fighter and once again she’s giving it everything she has,” Murray said. 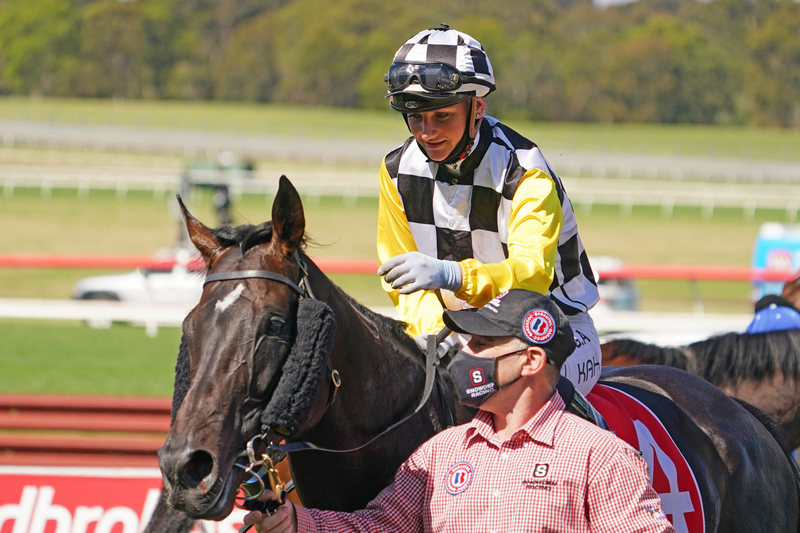 Kah to ride in Wodonga Cup

Melbourne’s leading jockey Jamie Kah will break new ground on Friday when she rides Strome in the Wodonga Cup.

It will be Kah’s first trip to Wodonga where she has three rides on Friday’s program, two for Strome’s trainer David O’Prey along with Housay for Shea Eden.

Kah, who leads the metropolitan jockeys’ premiership and sits second in the Victoria wide title behind John Allen, has not ridden since landing a treble at Sandown on November 14 after which she started a careless riding suspension.

That suspension was completed on Monday, but Friday’s meeting will be Kah’s first day back racing, followed by The Valley on Saturday where she has a full book on the nine-race card.

Madison Lloyd to return at The Valley

Another rider set to resume this week is Madison Lloyd who has been sidelined since a fall in the closing stages of a race at Dunkeld on November 14.

Lloyd is down to ride three horses at The Valley on Saturday with racing.com reporting the jockey only needs the tick of approval from Racing Victoria medical officer Dr Gary Zimmerman to take those mounts.

The apprentice leads the Victorian country jockeys’ premiership with 30 wins and has only John Allen, Jamie Kah and Damien Oliver ahead of her in the Victoria-wide title.