South Auckland trainer Nicholas Bishara had every confidence that his former stable star Verry Elleegant (NZ) would get better with time and he believes her five-year-old season will be her best yet.

While the daughter of Zed has already recorded three Group 1 victories, she has shown signs of immaturity throughout her career and her former trainer and part-owner said he was buoyed to see her trial kindly over 1000m to finish fourth in her trial at Rosehill on Tuesday morning.

“I thought it was terrific,” Bishara said of the Chris Waller-trained mare. “She got in a good position and just went to the line under a hold.

“We always said that she was a bit immature and a bit busy as a younger horse, and Chris Waller and James McDonald (jockey) have done a terrific job with her.

“All the reports out of Sydney are that she has come up absolutely amazing this prep, as we thought she would as she got older.

“That’s the Zeds, they just get better with age.

“She was always going to mature into a lovely mare. We are thrilled to bits.”

Verry Elleegant will now head to the Gr.1 Winx Stakes (1400m) at Randwick on August 22nd before a likely trip south to contest Melbourne spring features.

“I don’t know if she will be competitive in a Winx Stakes, but on that trial she might be,” Bishara said.

“Chris indicated last week that he would like to put her in the Cox Plate (Gr.1, 2040m). I would rather see her in a Caulfield (Gr.1, 2400m) and Melbourne Cup (Gr.1, 3200m) because I don’t think you will get another chance at the weights. But who is going to argue with Chris Waller?” 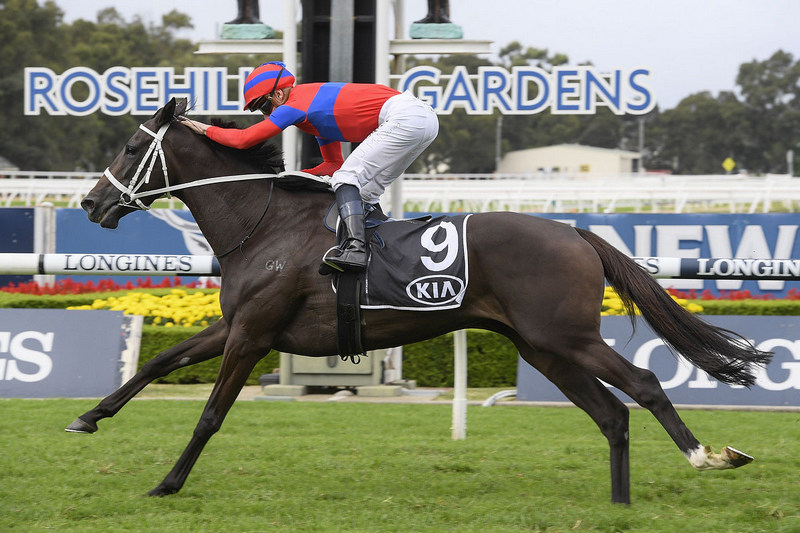 While Bishara will be keeping a close watch on Verry Elleegant’s first-up run in the Winx Stakes, he will be hoping to send off her full-brother in winning fashion on the other side of the Tasman.

“On the day of the Winx Stakes I will have Verry Flash, her full-brother, going around at Matamata in the 2000m race,” he said.

“It will be nice if Flash can win, he did the job for us on Saturday (winning over 1600m at Matamata). I was very proud of him. It was under a strong and beautiful ride from Jonathan Riddell. That’s the true Very Flash.

“His future lies in Australia. This will probably be his last prep here. We have nominated him for the Livamol (Gr.1, 2040m) just in case they get a wet track at the last day at Hastings.”

Bishara has been happy with how the remainder of his team has been going and he is looking forward to lining up a handful of runners at Te Rapa on Saturday.

“The team is going pretty good. I have got four nice chances in on Saturday,” he said.

“Cherry Lane is low flying, her work has been enormous. Rising Renown is a beautiful horse on the way up. Blew By You has improved lengths, and Ihu is in a purple patch of form, which got franked the other day.”

Group 1 winner Sentimental Miss (NZ) will head across the Tasman this spring to try and add to her burgeoning CV.

“It was always the long term plan for her to go to Australia for her five-year-old season,” Go Racing principal Albert Bosma said.

“Given COVID-19, it now looks like it will be the least depth to spring racing in Australia for a long while, perhaps since the equine flu. There will be a limit on northern hemisphere horses coming down and restrictions on horses moving inter-state.

“She’s last year’s Oaks winner. We purposely gave her a light four-year-old campaign and didn’t step her up to the 2400m even though it’s her best distance.

“She still managed to win a Listed 2000m race last year on a good track. While she’s fine on good tracks, on rain affected tracks, she grows another leg. So if we can strike a wet track over 2400m or further she really comes into her own.

“We have worked really closely with trainer Lisa Latta to prepare for the spring. She had a jumpout last week at Levin and Lisa is really happy with her, saying she’s even stronger this year.”

Sentimental Miss will fly to Sydney next week where she will join Chris Waller’s barn.

“Chris is rapt to be getting her and the feeling is mutual. With stables in both Sydney and Melbourne, we won’t face any issues with restrictions on staff movements,” Bosma said.

“They are experiencing a very wet winter so this should be ideal for her.

“When she is ready she will move to Melbourne where there are plenty of staying races throughout the spring and valuable Australian black type beckons to add to her broodmare value.”

Sentimental Miss is being targeted towards the Gr.1 Caulfield (2400m) and Gr.1 Melbourne Cups (3200m) and has been allocated 51.5kg in both races.

“We are just so excited to have a Go Racing horse targeting these iconic races. With a wet track she may just make those dreams come true,” Bosma said.