The one thing I like most about writing this article is the very fact that racing pretty much throws a story or three my way each week that I can then think about, embellish, or just react to.

With ridiculously wet weather seeing meetings abandoned left right and centre here in the UK, and political tensions meaning the loss of Happy Valley in Hong Kong on Wednesday, it does rather feel as if I am scraping the bottom of the proverbial barrel today.

As I write this awaiting the good or bad news regarding Saturday’s Cheltenham card I can at least reflect on the fact that somehow, we did find the winner of the big race last week thanks to race profiling – though I won’t be showing off having some away with three selections in the race for the one winner at odds of 5/1. Although I do not see profiling as the be all and end all of selections (history is never guaranteed to be repeated), it is a bit of fun and at the end of the day, that is what our sport is supposed to be all about.

For those with long memories, the introduction of all-weather tracks back in 1989 was seen as the end of civilisation as we knew it, yet here I am thirty years later and extremely grateful for three Listed races at Lingfield this Saturday that give me something to write about for starters.

Starting with the mile and a quarter Gillies Fillies’ Stakes at 2.10pm and what is not to like about Charlie Appleby’s Magic Lily who looks a great price at 100/30 (overnight). Just the two runs as a two-year-old saw the daughter of New Approach win a Newmarket novice on debut before an excellent three-quarter length third to Laurens in the Group One Fillies’ Mile back at headquarters in October 2017.  Missing last season for reasons unknown, well, to me anyway, she returned at Saint-Cloud over this trip with a three-quarter length second in this class suggesting she retains plenty of ability, and if that is the case this ought to be bread and butter to her, assuming she comes on for the run of course.

I have no real interest in backing at odds on so we can by-pass the Churchill Stakes where John Gosden may well saddle the first two home with Lord North and Crossed Baton so I will have a look at the last of the trio when up to seven go to post for the Golden Rose Stakes due off at 3.15pm and over the six furlongs here.

It really is a tough one to call with Gifted Master showing signs of a return to form when second last time out and thrown in at his best but looking to be the first six-year-old to win this in a very long time. Corinthia Knight may find his stamina stretched over a truly run sixth furlong and can do better back at five, while Judicial is still a player but has to give three pounds or more away to all his rivals.

We look sure to see a close fought contest, but I have eventually come down on the side of Beckford who could surprise them all if taking to the all-weather surface at the first attempt. He has scored over this trip at The Curragh in the Railway Stakes (Group Two) as a juvenile and can easily be forgiven for a poor showing last time on going far too soft for the son of Bated Breath, but back in lesser company on a quicker surface he ought to give us a big each way run for our money.

For the last bit of fun in the UK this week, Cheltenham have just got the go ahead as I write, though it looks like testing ground is assured and I am expecting plenty of shock results accordingly. Profiling the BetVictor Gold Cup has at least reduced the field a little and I now “only” have the twelve horses to choose from!

Trainer Paul Nicholls did us proud last week and has won this twice in the last seven years with Caid Du Berlais (2014) and Al Ferof (2012), and I fancy we could go close with Magic Saint who has his first start since a wind operation. Harry Cobden rides the fiver-year-old who may have a heck of a lot more to come after just the ten starts over fences, and although his best British form is on a far sounder surface, he has run well in similar conditions in France and looks a fun alternative at 20/1 or so in a race that could go to any of the runners.

Finally, those of us with tickets to Hong Kong next month will be carefully watching the Sha Tin meeting this coming Sunday for clues and to gauge just how bad the current political disruption really is. I am not too bothered about finding winners on the day (or backing anything) as this is very much a trial for the December 8th HKIR card with some trainers leaving a little to work on now as a prep race for the bigger prize.

Beauty Generation really ought to get back to winning ways in the Jockey Club Mile at 6.45pm and is still one of if not the best miler in the World at present, Exultant should prove too good for his rivals in the Jockey Club Cup at 7.15am, leaving us with the six furlong Jockey Club Sprint as the one I most want to record and watch a few times.

Hot King Prawn returns from a long lay-off and will be the subject of my watchful eye, Regency Legend goes from strength to strength and looks for his fifth win on his fifth start, but takes on more exalted company, Pakistan Star was the “next big thing” but is a law unto himself and possibly better over further, and Aethero is the young upstart looking to spoil the party. I like him a lot and so does trainer John Moore and at odds in the UK of  7/1 or so I will be backing him each way accordingly.

Win or lose, I just hope the meeting goes off without incident as once again sport needs to be kept separate from other disagreements and with the need for a strong local challenge in case the Internationals decide against risking their charges in December which is hopefully a worst case scenario. 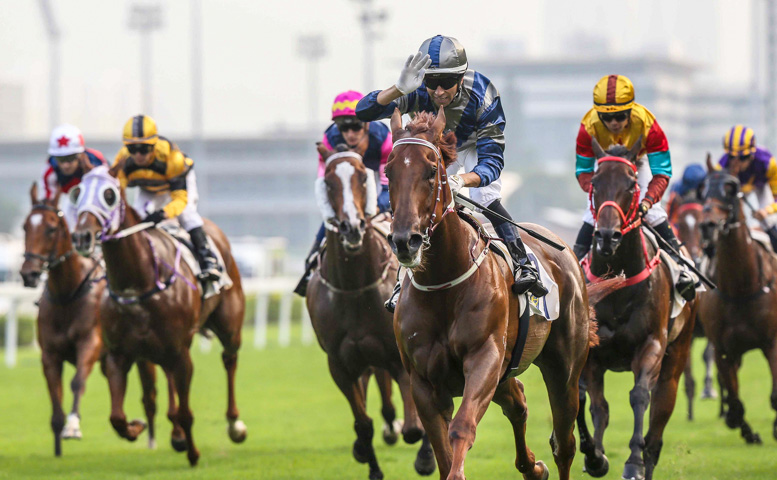