A strange week in even stranger circumstances as we saw some sublime and some horrendous jockey-ship in the Classics last weekend, though do be fair, these are the opinions of an ageing overweight armchair jockey who has never ridden a racehorse in his life and should be either agreed or argued with accordingly.

On Saturday we started with the Derby and I would shudder to repeat some of the comments I have seen on social media after Serpentine strolled home at the very rewarding odds of 25/1 – for those who backed him.

One of six runners in the race for Irish trainer Aidan O’Brien I have seen more conspiracy theories than UFO’s plus 5G added together, yet I still feel it was simply a masterful ride. I am not a great one for sectional timings and the like, but I did note his maiden win was quicker than the Pretty Polly the following day and that even at Epsom, he ran below standard, suggesting this was not the fluke some would have you believe.

I may stand alone in thinking he will win more races but most viewers failed to spot that the others weren’t exactly flying after him up the long Epsom straight, and although they could have tried to stay closer to him earlier, they would have used up any stamina reserves. I am confident the result would have remained the same – time will tell on that one I suppose.

On to the fillies and what can I say about Love – an absolute machine and a class act who reminds me of my golden years of Salsabil, Shadayid and the like. A comfortable and eye catching 1000 Guineas winner, she always looked as if she would stay and a nine length success here proved that beyond doubt. Confidently ridden by Ryan Moore the result could be called a long way out, and she may well be the best of her sex we have seen in many a year.

After Sunday’s Coral Eclipse, opinions on Enable’s return differ from person to person, but I felt Franke Dettori left her with far too much to do to ever have any chance of success. We all knew Ghaiyyath would make all and try to repel all boarders, yet the popular Italian let the leader have far too much rope in front and it was crystal clear a long way out the leader was never going to get caught. It was her first run of the season to be fair and at the age of six she may well be harder to get fit at home and if she could not keep up early doors over the mile and a quarter, perhaps this was not as bad a return as some may think.

Amazingly I had no issues at all with the rides in the French Derby on Sunday, but what on earth was Stephane Pasquier up to on board Alpine Star in the French Oaks. Jessica Harrington’s filly had hacked up at Royal Ascot over the mile in the Coronation Stakes when showing a superb turn of foot, so why oh why did he try making the running upped in trip here. Only beaten a short neck at the line in a bob of heads I do not know why he did not tuck in early, regardless of the pace, she had the best acceleration in the field, and deliver the daughter of Sea The Moon at the last minute. But he did not and there goes her chance of a Classic success I am sad to say.

On to the racing this weekend and it makes good sense to me to stick to the classier contests, though recent rain has changed the going up and down the country, so do adjust your bet size (if any) accordingly please.

Races for two-year old's are hard to gauge about at the best of times as some will be at their peak first time out while others will have a lot more to offer over the months and even years ahead, and 2020 is no different. Six of the ten declared runners arrive unbeaten and we have a host of potential front runners to make life that bit more interesting and/or set the race up for a closer. King Zain is reportedly one of Mark Johnston’s best juveniles and will try to lead them all a merry dance, but with Hudson River and Ventura Tormenta others who like to be up in the van, he may not have things all his own way as he did at Kempton. Predicting race tactics is akin to picking lottery numbers, but if those three do tow them along at a decent pace then Seventh Kingdom could well be the one to take full advantage. John Gosden’s Frankel colt was as green as grass on debut when slowly away and needing to be squeezed along throughout, yet he still drew away for an easy success at the line and with improvement guaranteed, he would be my idea of the likeliest winner.

Speedsters time for this six furlong sprint and a race that Mr Dettori really wants to win to complete the set as the only Group One in the UK he is yet to take home with him. He will be on board Irish raider Sceptical who was third to Hello Youmzain and Dream Of Dreams at Ascot when possibly delivered a fraction early before being mugged close to home. Frankie suggests different tactics may be employed this time around in his blog for Sporting Index which makes life interesting, yet he still has his work cut out to beat Golden Horde with his three- year-old’s allowance. Very eye-catching when taking the Commonwealth Cup over this trip at Royal Ascot he may well strip fitter now after his first start in close to nine months and in receipt of six pounds from Hello Youmzain he has a favourite’s chance. Although the going has to be seen as a concern for most of these, the suggestion was a solid third to Earthlight on heavy ground at Deauville last August and from a decent draw he ought to go close today at the very least. Lastly, I cannot let this race go by without at least a mention for 40/1 shot Southern Hills here. Trainer Aidan O’Brien has won the last two renewals of this race with U S Navy Flag at 8/1 and Ten Sovereigns (9/2), yet Ryan Moore’s mount is the outsider of the field at present after finishing seven and a half lengths behind Golden Horde at Ascot, yet connections are nobody’s fools and you have to wonder why they are so willing to take his conqueror on so quickly today.

What a competitive contest for a Group Two and a really tough one to even try to call. Mohaather’s place at the head of the betting is loosely based on the lack of a clear run at Royal Ascot before powering home late to be beaten five lengths in seventh in the Queen Anne Stakes.  He certainly had plenty left in the tank at the end of the contest that day and with a clear run he has to be considered here, but 2/1 or less seems a very skinny price for a horse who is yet to win beyond seven furlongs. One who interests me at a price is the Roger Varian trained San Donato, a risky call after fourteen months off the track, but at 12/1 a value alternative each way. Three wins over six furlongs in 2018 at up to Listed class marked the son of Lope De Vega as one to keep an eye on though they did step him up to this trip for his one and only start last season when third in the French 2000 Guineas at Longchamp. He was running out of steam close home that day to be beaten a length and a quarter, but that was on heavy going, and with better ground expected here, the trip may not be the issue as much as his race fitness. Always highly regarded at home, he remains engaged in the Irish Champion Stakes over even further which I see as a positive, though I would be even happier were the stable in better form in recent weeks.

Never ever an easy one this with the going changing all the time, but I will settle for Yuri Gagarin in the opener at Newmarket on Saturday, 12.10pm. Not often I go with a handicapper, but he was an impressive winner of both his starts on the All-Weather and looked as if he had more to give when taking a novice stakes at Kempton in the middle of last month. Frankie rides for John Gosden and Godolphin and I would not be surprised at all to find this gelding is better than a handicapper in the long run and he may well be thrown in here off a rating of 95 if he handles the slower conditions, of course.

Can’t be bothered to read my waffling – don’t blame you – you can listen to my views and those of Ron Robinson here free of charge https://postracing.co.uk/2020/07/10/was-the-derby-a-dog-of-a-race-is-love-the-arc-winner-in-waiting-and-who-lets-the-dogs-out/ 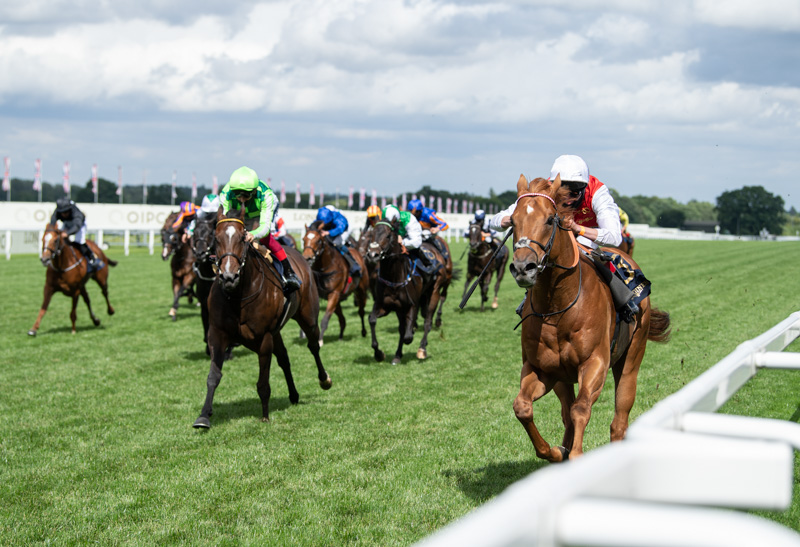