I cannot pretend I am not in a far better mood after racing returned to the United Kingdom on Monday and, much as I love international racing, I no longer need to feel like I am scrapping around looking for something to write about.

I have to say that watching it on the television while its behind closed doors has not been as bad as I thought (nothing like the totally atmosphere free football from Germany), and with a compacted season it has also been very different to the normal start we have become used to over the years.

Old folk like me have always seen the All-Weather as some kind of second class citizen to the turf and perhaps rightly so with the majority of races of low quality and the combatants unreliable on occasion, but my view has been changed in a heartbeat.

Newcastle was our first meeting in what felt like forever, but with the top stables sending decent horses if only to get them on to a track, the surface became all but irrelevant at the end of the day and we witnessed some pretty striking performances. I am not convinced that making notes at this stage will prove to be that useful as we have no idea of either the fitness of the runners or whether they will take to the grass later in the season, but you had to be taken with the Roger Varian trained Valyrian Steel who took the mile and a quarter maiden that ended the card with a last to first burst despite looking as green as grass.

He did only win by a neck but was value for an awful lot more and it will be interesting to see how he gets on over the rest of the season. Although 16/1 for the Epsom Derby seems a little tight when you consider he has had one run, on the All-Weather, over two furlongs (400m) shorter than the Derby trip, on a flatter track – and only in a maiden to boot.

With a limited word count (and an even shorter attention span), we ought to move straight on to what is now the Guineas weekend at Newmarket on the Rowley Mile, and will we see the crowning of a new superstar in Pinatubo after the 2000 Guineas on Saturday afternoon.

Unbeaten as a juvenile and rated the best two year old ever (we can argue that another day), he seems to have five lengths and more on his rivals here – assuming he has trained on of course. Much as I would love to simply oppose a 5/6 chance I cannot really see anything to beat him, with Kameko taken to chase him home for the very much in form Andrew Balding stable and perhaps Mums Tipple to run a big race and put in a challenge for the places at a massive price for trainer Richard Hannon.

Elsewhere on the same card I will also be backing Waldkonig in the 3.00pm, the Listed class Newmarket Stakes over the mile and a quarter. John Gosden’s son of Kingman cruised home by nine lengths at Wolverhampton on his December debut eased down and looked sure to improve for the experience, though I am wary of Al Aasy from the Haggas yard who also holds an Epsom Derby entry and is reported to be pretty smart by the Newmarket work watchers.

On to Sunday and if you think the 1000 Guineas is simple to solve, best of luck to you. I do really like Quadrilateral who may well improve for a first time tongue tie, but I am wary that two of her three wins have been in tight finishes and there is a fear that she may need to fight for her life again here.

At 5/2 she looks poor value and with very little confidence I will take a risk on Raffle Prize instead. She failed to get to the lead as wanted when second to Millisle here last time out for Frankie got off her and suggested this race that day and the plan was always to head to this race without a run. 9/1 or bigger makes her an each way option at the very least and although on breeding her stamina has to be suspect (by Slade Power who won ten races over six furlongs) out of Summer Fete (one over six and two wins over seven), though she has produced Good Judge and Parting Clouds who both won over further, so fingers crossed.

One more race to mention over the weekend, and although she cannot be backed on her own at such a sort price, we cannot ignore Almond Eye as she returns to the track on Sunday morning in the Yasuda Kinen under jockey Christophe Lemaire. With an amazing £1.8 million in total prize money and over £950,000 to the winner this knocks our cash into a cocked hat (the 2000 Guineas is worth £141,775 to the winner this year thanks to the dreaded virus), and the Queen of the Far East ought to take this in a hack canter, and add to the £9 million or so she has already taken home for her delighted connections. 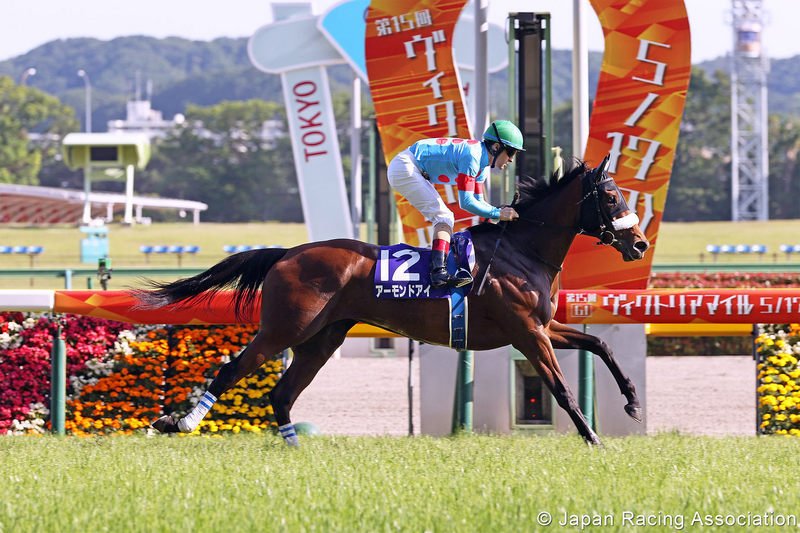