The 2019/20 class of three-year-old’s are shinning brightly as the best crop in some years and on Saturday they have the opportunity to polish that shine even further with two Group 1 winning colts nominated for the $500,000, Group 1 WFA Futurity Stakes (1400m) at Caulfield.

Both Alabama Express and Super Seth are nominated for the Futurity Stakes on Saturday. Overall there were 11 nominations received on Monday, with nominations extended until Tuesday.

Mike Moroney’s Redoute’s Choice colt Alabama Express stepped up to elite level when winning the Group 1 CF Orr Stakes over 1400m at the same course on February 8th. The colt had barrier ten, raced wide through the trip and always looked to have the race in hand under Michael Dee. In the spring he was a listed winner of the Gothic Stakes over the same distance and course.

Anthony Freedman’s Super Seth is by another sire from Arrowfield in Dundeel. The colt won the Group 1 Caulfield Guineas over 1600m in October narrowly keeping at bay Alligator Blood who thrilled with his determined Group 3 CS Hayes Stakes victory at Flemington on Saturday.

Super Seth resumed with comfortable win in the Group 3 Manfred Stakes over 1200m at Caulfield on February 1st.

Other nominations for the Futurity Stakes include New Zealand’s champion Melody Belle (NZ) back for more Group success in Australia after her Group 1 Empire Rose Stakes win at Flemington in the spring. Four-year-old Galileo entire Cape Of Good Hope (IRE) is nominated as is the veteran nine-year-old Black Heart Bart and the Waller trained Group 1 Epsom Handicap winner Kolding (NZ).

Acceptances are on Wednesday for the support races with the final field and barrier draw for the Group 1 Blue Diamond Stakes (1200m) undertaken on Tuesday.

The track is rated a Good 4 on Monday and the rail will be in the True position for the entire circuit. 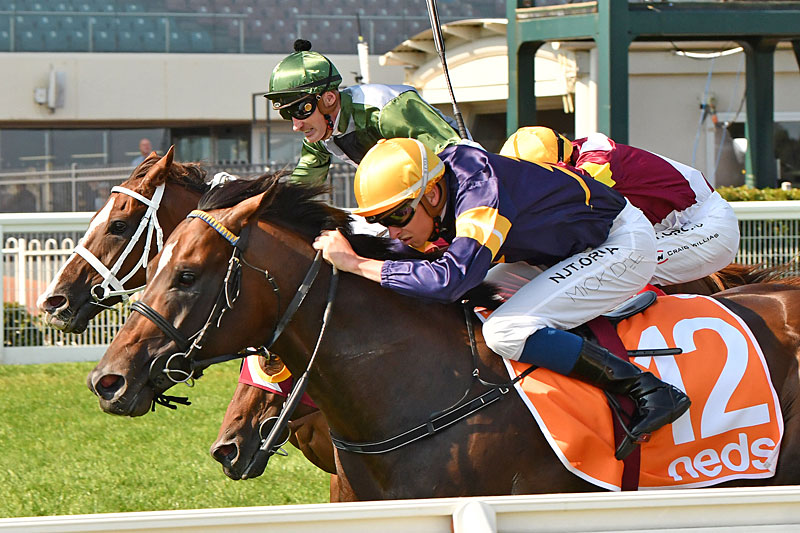