As a champion apprentice, Nick Ryan could not snare a Group 1 win. And in his time as an up-and-coming trainer, his opportunities at the highest level have been rare. But in the Group 1 Sir Rupert Clarke Stakes (1400m) at Caulfield on Saturday, Ryan will have dual representation in chasing a large chunk of the $1 million prize money purse on offer. 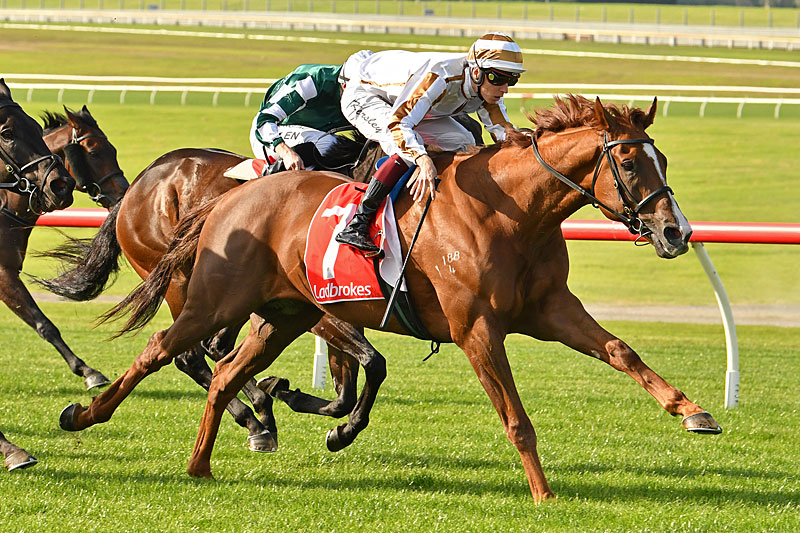 Dice Roll will be one of two Sir Rupert Clarke starters for Ryan, picture Racing Photos

Dice Roll (Fr) and Regardsmaree will bid to give Ryan his first Group 1 success, less than six months after moving from Caulfield to his Flemington base.

It was only after Dice Roll finished third in a trial at Cranbourne on Monday that Ryan confirmed the gelding’s appearance in Saturday’s race.

“I was happy with his trial,” Ryan said. “He was very good through the line. He had a good gallop and pulled-up good in the wind, so I’m happy with where he’s at. And a bit of rain is forecast, so that won’t harm him either.”

A French-bred gelding that raced in Hong Kong, Dice Roll won his first start in Australia when successful over Saturday’s course and distance in April before going on to win at Sandown and Flemington.

After two runs in which he was beaten over 1600m at Flemington in July, Ryan set about freshening up Dice Roll for Saturday’s assignment.

“He had three weeks in the paddock and kept a lot of the residual fitness,” Ryan said. “He’s good fresh, he’s good at Caulfield, so it’s worth having a shot.”

Regardsmaree is on the quick back-up after finishing fifth to Harbour Views in The Sofitel (1400m) at Flemington last Saturday when over-racing.

“I was thinking of taking the blinkers off and putting the winkers on,” Ryan said. “But in saying that, I think the race will be genuinely run with the likes of Buffalo River, Groundswell and Beau Rossa [in the field], and on the seven-day back-up he should not be as fresh and keen.”

Caulfield's track is rated a Good 4 on Wednesday and the rail will be out 6m for the entire circuit.