Trials bring a tinge of autumn

It might be high summer but the trials at Randwick on Thursday bring a distinct tinge of autumn with two Group 1 trials over 900m on the Course Proper that include top line runners preparing to feature over the autumn months.

The first heat commences at 8.30am and includes Godolphin’s Flit. The 2019 Group 1 1000 Guineas winner was last seen when unplaced to stablemate Colette in the Golden Eagle over 1400m at Rosehill on October 31st. Before that she won the lead-up Silver Eagle over 1300m at Randwick, her fourth victory from 16 starts that has earned $1.5 million in stakes.

Anthony Cummings will be on a mission to restore Prince Fawz to glory. The four-year-old Fastnet Rock entire won the 2019 Group 1 JJ Atkins Stakes over 1600m at Eagle Farm, but then found his three-year-old season troublesome with his best result a second in the Group 1 Rosehill Guineas over 2000m last March.

The second heat at 8.40am has two from John O’Shea’s stable, Group 3 winner All Saint’s Eve (NZ) and the progressive Lion’s Roar (NZ).

Lion’s Roar is a three-year-old Contributer gelding who raced five times for three wins in the spring on raw talent with maturity likely to bring out his ability to contest at the highest level over ground. At his last start he was second to the filly Montefilia in the Group 1 Spring Champion Stakes over 2000m at Randwick on October 10th. O’Shea sent Lion’s Roar to the paddock knowing that time and strength will assist his potential star.

The winner of 13 of his 36 starts earning $2.6minI the process, Dreamforce will have Thompson hoping for a dry autumn with 12 of those wins on Good rated tracks. 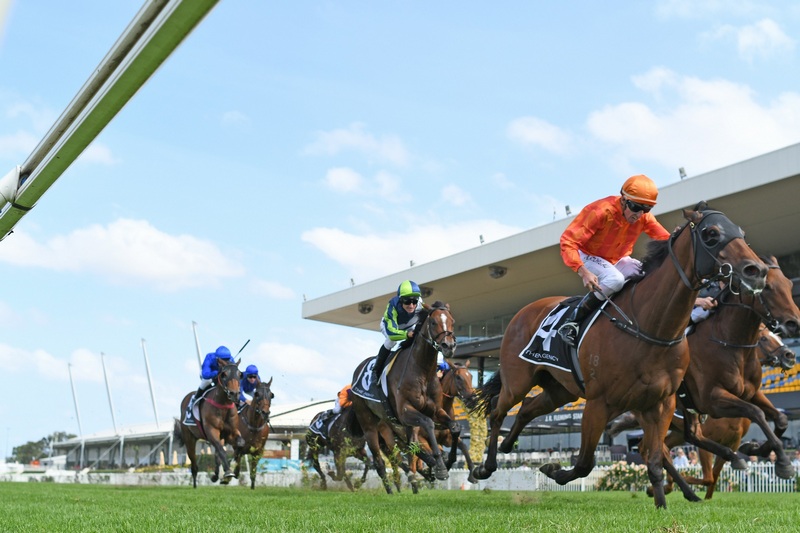