The first horses set to contest the world’s richest mile race have just been announced after skydivers wearing jockey silks landed at Caulfield Racecourse, the host venue for this year’s All-Star Mile, to reveal the top 10 vote-getters.

Queensland superstar Alligator Blood emphasised his status as arguably the nation’s most popular racehorse by topping the leaderboard with a staggering 18,502 votes; whilst the only horse to have beaten him, Super Seth, secured the final berth in the top 10 with 5,154 votes.

Caulfield Guineas winner Super Seth is one of six Group 1 winners in the provisional line-up for the All-Star Mile with the top 10 to be supplemented by five wildcard runners to be confirmed on Monday, 2 March.

Catalyst enhanced his burgeoning reputation by pushing Alligator Blood all the way in last Saturday’s Group 3 C.S. Hayes Stakes (1400m), and Clayton Chipperfield’s highly progressive three-year-old was one of the main beneficiaries of enabling New Zealand residents to vote in The All-Star Mile for the first time this year.

Before preparing for her tilt at All-Star Mile glory, Catalyst’s fellow Kiwi Melody Belle (11,898 votes) will aim to claim an 11th Group 1 title at Caulfield this Saturday (22 February) in the PFD Food Services Futurity Stakes (1400m), one of two races which guarantee the winner a start in Australia’s only fan-voted race.

Melody Belle’s Futurity Stakes rivals include Chris Waller’s brilliant four-year-old Kolding, the Epsom and Golden Eagle winner who finished immediately behind the New Zealand Horse of the Year on the leaderboard in third place with 10,731 votes.

The other Futurity runner who finished in the top 10 is Anthony Freedman’s star colt Super Seth; whilst his fellow three-year-old Heart Of Puissance, trained by the Ciaron Maher and David Eustace partnership, came ninth with 5,212 votes thanks in part to a successful social media campaign driven by the untapped colt’s large ownership group. 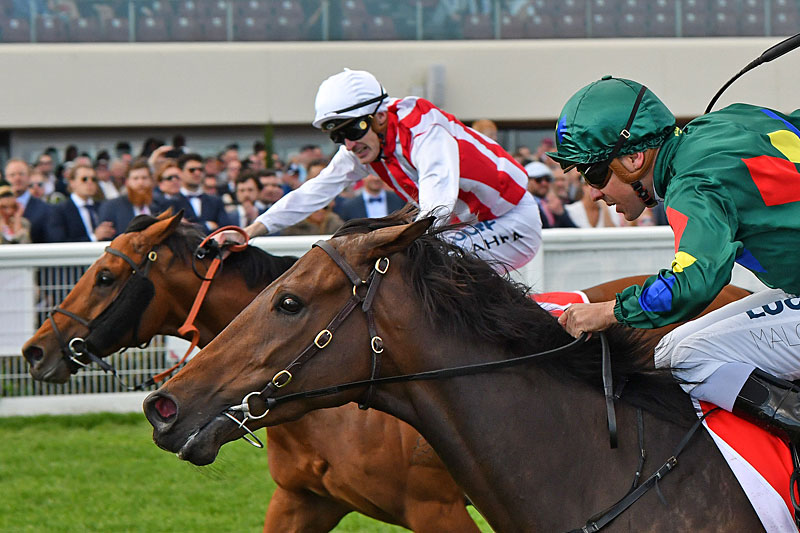 An even larger ownership group ensured Star Missile’s place in the top 10, one year after his older brother Urban Ruler was voted into the inaugural edition of The All-Star Mile.

The flashy grey, who won the $500,000 Melbourne Cup Carnival Series Final (1600m) at Flemington on Oaks Day, is trained by Greg Eurell and raced by the 800-strong Hancox Bloodstock syndicate. He finished fourth on the leaderboard with 10,439 votes.

Dalasan, who will proudly fly the flag for South Australia, rounded out the top five having amassed 10,020 votes, with a late push from popular SA travel show host Andrew ‘Cosi’ Costello helping Leon Macdonald and Andrew Gluyas’ three-year-old secure his place in the race.

In addition to Saturday’s Futurity Stakes, in which Black Heart Bart will resume, those horses who missed a spot in the top 10 have another chance to secure a guaranteed ticket into the final field of 15 by winning the Group 2 Blamey Stakes (1600m) at Flemington on Saturday, 29 February.

“Based on feedback from fans we changed the conditions of The All-Star Mile from year one and we’ve seen the quality of the top 10 evolve with the number of Group 1 winners increasing from four to six and the average rating for older horses lift from 98 to 105.

“Given the cult following Alligator Blood has developed through his performances on the racetrack, it was no surprise to see him finish on top but what we perhaps didn’t expect to see was just how popular he has become, with more than 6,600 votes separating him from Melody Belle in second place.

“I’m particularly excited to see two Kiwi horses in the top 10, and Catalyst’s incredible duel with Alligator Blood last Saturday has laid the foundations for their future battles in both the Australian Guineas and The All-Star Mile.

“With five wildcards set to join and further strengthen what is already a very strong field, we’re expecting a final line-up worthy of the race’s status as the world’s richest mile. I for one can’t wait for All-Star Mile Raceday, and with the owner ambassadors set to be announced next week, the build-up promises to be just as intriguing.”

A total of 135,097 eligible validated votes were received this year, with RV pledging to donate $135,097 to the Victorian Bushfire Appeal.

The complete list of top 10 horses and the votes they received are detailed below: