Toomuchtobear arrives in the nick of time

Import Desert Icon (Fr) almost sabotaged the fortunes of favourite backers when he came within centimetres of upsetting odds-on elect and stablemate Toomuchtobear (NZ) in the Precise Air Handicap at Randwick.

After stalking the speed set by Chris Waller’s other runner So Wicked, Desert Icon (Fr) got the better of the leader and looked set to surge to victory before Toomuchtobear (NZ) knuckled down late and grabbed him on the line. There was a nose between the pair at the finish and happily for punters who took the skinny odds, the favourite got his in front. 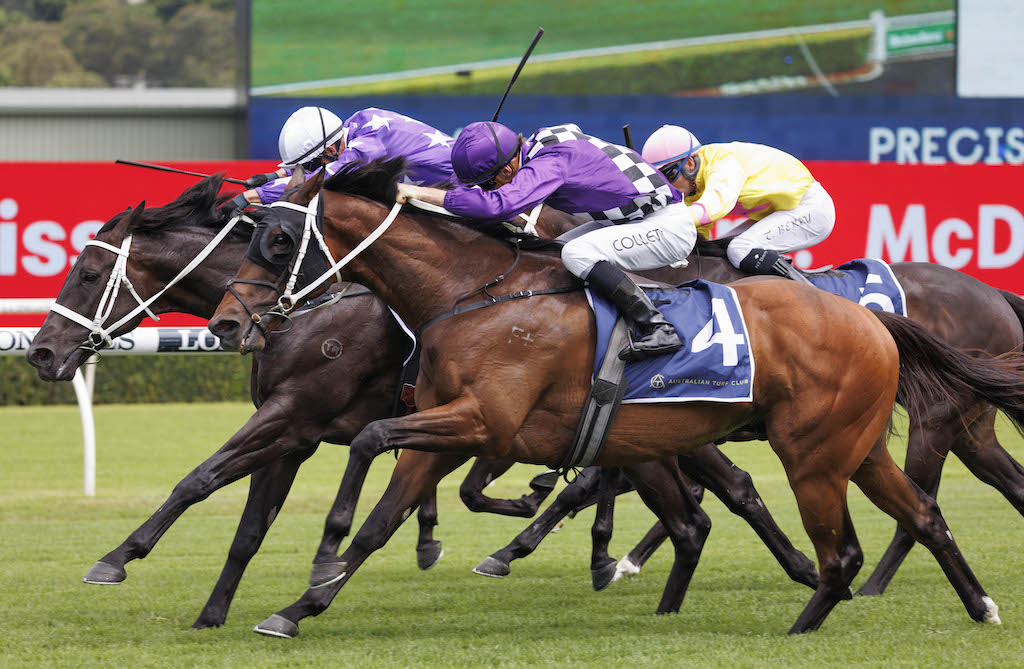 Waller’s right-hand man Charlie Duckworth admitted to a few anxious moments in the straight and said he wasn’t sure whether Toomuchtobear (NZ) had arrived in time.

“A $1.80 pop, you expect them to win a little easier than that,” Duckworth said.

“The stablemate was very tough and was ridden a little bit further forward than what we had initially planned. It made it a stamina test and that made it a little bit trickier for the favourite than we anticipated. I wasn’t quite sure he got the bob in time, but he did, so I am sure there are a few happy punters out there.”

Duckworth was unsure of exact plans for Toomuchtobear (NZ) but expects the four-year-old, who has now won half of his 10 starts, to be given an opportunity in stakes grade sooner rather than later.

Ridden by Jason Collett, Toomuchtobear (NZ) indicated he might be looking for further than the 2000m of Saturday’s race.

“He has been pretty raw throughout, but based on that and how long he took to pick up I would imagine Jase would be saying he wants even further,” Duckworth said. “I don’t know exactly what the boss man [Waller] has in store for him, but he is definitely above Saturday grade.”

Toomuchtobear ($1.75 fav) scored by a nose over Desert Icon ($9), with Kaapfever ($26) doing his best work late to grab third, another half-length away.

So Wicked ($9) fought on gamely to finish fourth and less than a length from the winner.