Success in the most significant juvenile contest of the season to date, The Magic Millions 2yo Classic, has seen Shaquero make his way to the top Timeform's Two-Year-Old Leaderboard.

A Timeform rating of 110 sees Shaquero edge out Acrobat at the top of the table but it's not the sort of mark that should hold top spot for long.

It was a weak Magic Millions Classic. In the 20 preceding years only Away Game (rated 107) and Le Chef (110) have won the Classic with such a low mark.

Only the first two home, Shaquero and Alpine Edge, broke 100 this season- the lowest in the history of the Magic Millions and well below the ten-year average of five. The race was backed by a time that was solid rather than spectacular and this all largely fell in line with pre-race expectations - the race lacked a horse rated 109 or better going in for the first time since the 2013 edition won by Real Surreal.

That's the cold water poured, but there are positives to take away from the Gold Coast.

In the last 20 years the Magic Millions has provided the winners of five Golden Slippers, four Sires Produce Stakes, three Champagne Stakes and a pair of JJ Atkins.

Frequentists among us will head into the next phase of the season thinking there is a 3/1 chance that the 2021 Slipper winner was in that Millions field and, if that is the case, Shaquero must be the most likely of that 3/1 lot.

All three legs of the Sydney Triple Crown were won out of the Millions last year. Farnan and King's Legacy were both well beaten and well below form in the Milions itself but returned from the Gold Coast rated 110 and 108 respectively.

That 110 rating came from Farnan's outstanding win in the Wyong Magic Millions and saw him in the same position as Shaquero at this point of the season - atop the table but precariously so.

Farnan quickly turned that precarious position into a commanding one with wins in the Silver Slipper and Todman before he sured up Champion Two-Year-Old honours in the Golden Slipper.

Quite amazingly, that was the third time in the past five years that the top seed as of this week in the season has gone on to win the Golden Slipper - She Will Reign and Capitalist were also atop the table on the back of Magic Millions weekend - though of course it can't always be smooth sailing for the front runner. Performer and Tassort led the way into late January before linking up to win precisely zero more races between them. Forgiveable in Tassort's case as he wasn't seen on a racecourse again, making winning very difficult.

Amazing as that record, zoomed in on the past five years, may be, more generally it makes a good deal of sense.

As punters who search for winners will know, the best place to look for tomorrow's fastest horse is to find the one that was fastest yesterday.

That lack of early competition has seen a slide in the Timeform ratings, and just 22 rated 100 or better at the halfway mark of the season looks low, but there is plenty of promise in the group overall which at this point looks worth being optimistic about.

Acrobat and Enthaar have posted significant debut performances and appear horses of real substance and there are plenty of horses in the 90s that look sure to convert into 100+ horses in the very near future.

That fanfare, and the betting, seemed to suggest that Remarque would post a performance of greater merit than the 96 that he put up and his current place alongside the 109-rated Acrobat in the early Slipper betting puts a lot of faith in his outstanding profile.

It was mentioned once or twice in the press that Remarque is a brother to the Golden Slipper-winner Estijaab who kicked off at the same point of the season. Estijaab ran to 103 when winning on debut, a full 7lbs clear of what Remarque did on the weekend, before improving to run 115 at her second start. Similar improvement from Remarque seems to be considered a given in current markets.

That's a point of interest and it might even be something to bet against if you can stomach the percentages and/or get set... 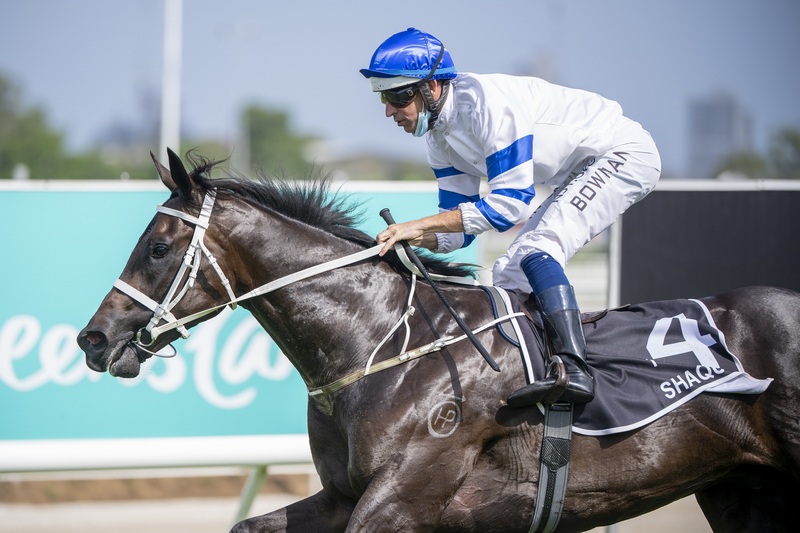