Timeform recap of the 2019 Feehan Stakes won by Homesman for trainer Liam Howley.

Moonee Valley bill the Feehan Stakes as a stepping stone to it's flagship race, the Cox Plate, and if the Feehan is to fill that brief in 2019 then it was probably won by the right horse in Homesman, the lone runner in the 15-strong field with a Timeform rating higher than 120.

Homesman, runner-up in last year's Caulfield Cup, arrived at the Valley to kick-off his spring campaign rated 121 and didn't have to build on that mark to run out a comfortable winner, returning a rating of 119. He may not have improved his rating overall, but to run just 2lbs shy of it off a 322-day break surely did enhance his profile heading into the carnival.

A rating of 119 first-up is much stronger than the 114 Homesman produced when second in the same race last year and hints at him being a better horse 12 months on. The 2.5 length margin was the biggest in the race since Sunline won by 3.5 lengths way back in 2000. Though that speaks as much to a slide in the quality of the Feehan as much as it does Homesman's standing.

In 38 runnings of the Feehan (prior to Saturday) the race has produced 10 Cox Plate winners, but none in the ten years that have passed since Maldivian in 2008.

Maldivian is one of three to have been beaten in the Feehan and then won the Cox Plate, with the other seven (Strawberry Road, Rubiton, Our Poetic Prince, Better Loosen Up, Sunline, Northerly and El Segundo) having done the double.

Homesman's rating looks a little light-on for a seat at the table with those seven but he has done enough first-up to keep an open mind about where he can get to this spring.

If the Cox Plate winner is lurking in the Feehan this year it surely isn't among the losing brigade. Runner-up Mahamedeis is a good horse but in form terms this looks a departure from what could be expected of him on a regular basis. Best Of Days  produced what can be expected from him on a regular basis. He is a bit of a market darling above and beyond his ratings profile and, it paid to be handy to a fairly gentle tempo, his run looks fairly tame. His last 200m split was soft and perhaps he needed the run but the fourth horse was conceding him race fitness and comes out looking a much better prospect for the spring ahead.

The run clocked in at a Timeform rating of 112 for Surprise Baby, equal to his best which came over 2800m at the back of last preparation.

112 is still well short of what is going to get Surprise Baby into the finish of a modern Melbourne Cup but to produce it over a mile first-up, with his profile, says that a rating of 112 won't be doing him justice come the end of the spring.

For all that the 'raiders' are coming, and the fearmongering from the vocal locals, the Cups are still very winnable for one from humble beginnings. Prince Of Penzance and Boom Time have won recent Cups having gone into the spring rated 116 and 115 and neither had a profile of such obvious upside that Surprise Baby comes equipped with. 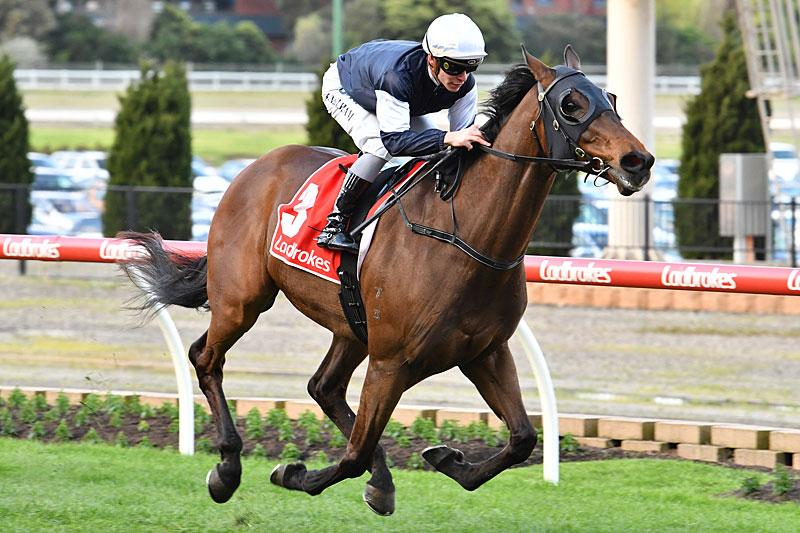