Sydney’s forecast rain had not arrived by Thursday afternoon, but it surely will over the next two days and with anything from 12mm to 25mm predicted the current Randwick Good 4 rated track will be into the Soft, if not Heavy range, and has the market for the feature $1m, Group 1 Moet & Chandon Spring Champion Stakes (2000m) got it wrong.

The problem with evaluating if this firm favourite’s status is justified is that Shadow Hero, while being a most progressive type has yet to run on either a Soft or Heavy rated track.

Jockey Josh Parr was honest in his assessment of the dilemma.

“I don’t know to be straight up,’’ Parr told Racingnsw.com.au’s Ray Hickson this week.

“We have not tried him on it so it is an unknown and often that can be a little bit daunting. But in general a fit horse will often get through wet ground and he is a very fit horse.’’ 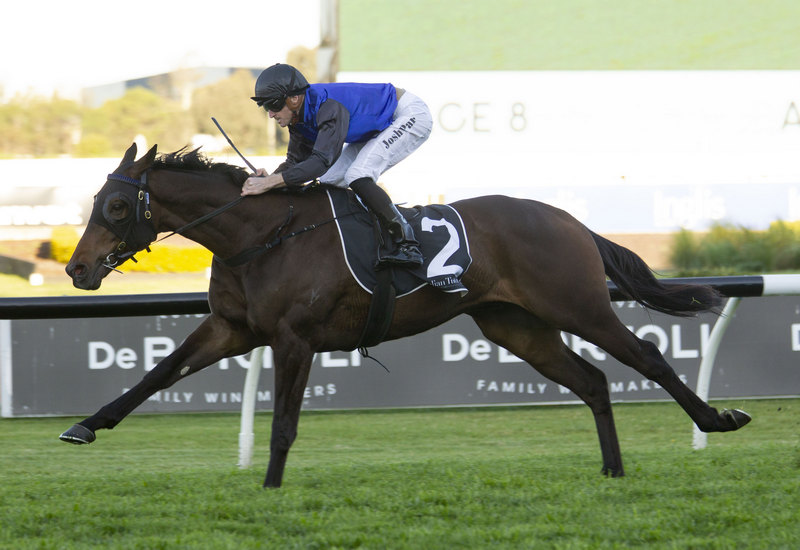 Shadow Hero has certainly proved his capability on Good tracks with his fourth in the Group 1 JJ Atkins Stakes over 1600m in June followed by 2 1/4L third to Just Thinkin’ and Subedar in the listed Dulcify Stakes over 1500m and then a blitzing win in the Group 3 Gloaming Stakes over 1800m.

Shadow Hero and Parr won by 3 1/4L in the Gloaming Stakes over Subedar, who Godolphin think enough of for the Sepoy gelding to run in the Group 1 Caulfield Guineas (1600m) on Saturday, and Quick Thinker. On the basis of that run Shadow Hero justifies his price.

Group 1 winner Castelvecchio was third on a Soft 7 in the Group 1 ATC Sires’ Produce Stakes over 1400m in April before winning the Group 1 Champagne Stakes over 1600 back on a Good 4. The Dundeel colt is stepping up from the 1400m of the Group 1 Golden Rose to 2000m in one go, his pedigree says he will cover the distance, just is the step one too early along with a wet track.

The next two in the market, Quick Thinker and Just Thinkin’, are both by So You Think whose progeny are renown for liking the cut out of the ground.

The Baker and Forsman trained Quick Thinker won the Group 3 Ming Dynasty over 1400m at Rosehill on August 31st on a Heavy 9 so his credentials are proven for a big wet.

Just Thinkin’ has yet to race on Soft and Heavy tracks, but there is no reason to believe he will not follow the rest of his sire’s progeny in adapting to the conditions. The stable will apply blinkers for Saturday and Just Thinkin’ will be focused, fit and not thinking of anything else except leading as usual under Tim Clark.

Which leads back to the market opportunities between the favourite’s $1.70 and a ‘thinking’ punter considering $6.00 to $8.00. Just Thinkin’ is at $1.85 for the place as well offering, for now, a better return that the favourite to win..

“He pulled up in very good order after his gallop on Tuesday morning and it was a solid hit out to have him ready for 2000m on Saturday,” he said.

The Spring Champion Stakes is Race 7 at 4.50pm.