The Underwood Stakes Day Wrap from The Banker

The Underwood Stakes Day Wrap from The Banker:

It was hard not to be impressed by the win of SARACEN KNIGHT. Jockey Damian Lane looked to be in trouble when tracking two favoured runners into the straight but they did not take him into the race as hoped. Lane had to switch Saracen Knight over heels where he produced a strong finish to win on the line. There are better wins coming during the spring.

ALGADON MISS – The Matt Laurie-trained mare may not have been meeting the strongest company in the opening race on Saturday, but she was having her first start for 12 months. Algadon Miss loomed up early in the straight looking a winning chance until her fitness gave out in the final stages. She will be fitter next time and is worth following through a spring campaign.

BUFFALO RIVER – Made his spring return with a strong second placing over 1400m when it took a race-fit WINDSTORM to run him down. Did some work up the hill to find the lead on a day when leaders were not advantaged. Gave a strong kick early in the straight and kept trying to the line. Looks in for a good campaign.

HOW WOMANTIC – Shared the speed and was then attacked early in the straight. Looked beaten on numerous occasions but kept rallying, only to be beaten late by PINYIN who snuck up on the inside.

HARBOUR VIEWS – Was slow into stride and was forced to settle at the tail of the field. Was making ground in the straight when he ran out of clear room late. Is ticking over OK.

NONCONFORMIST – Had missed an important race because of a poor blood picture and wasn’t suited on the shifting track in the final race on Saturday. Can improve next time out.

RUSSIAN CAMELOT – Showed his class with his first win at weight-for-age in the Underwood Stakes and is tracking nicely to the Cox Plate.

HUMIDOR – Showed his win in the Feehan Stakes at The Valley earlier in the month was no fluke with a strong finishing run behind RUSSIAN CAMELOT in the Underwood Stakes. He also is progressing nicely for the Cox Plate.

PERSONAL – Looked like finishing out of the money early in the straight in the Thousand Guineas Prelude, but rallied late to indicate she will relish 1600m in the Group 1 Thousand Guineas. 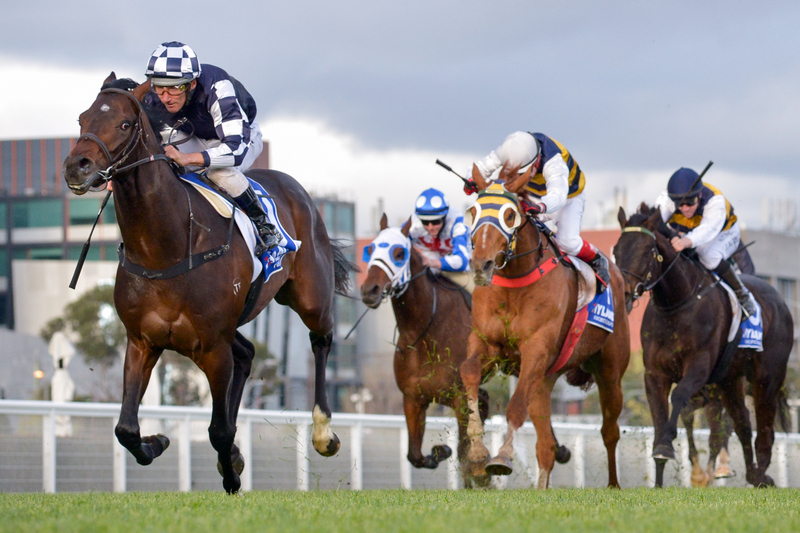 A nine-race card at Flemington featuring nine stakes races. The Group 1 Turnbull Stakes will see Melbourne Cup equal favourite SURPRISE BABY step out on his path towards this year’s Cup while the Group 3 Bart Cummings will afford the winner a ballot exemption into the Melbourne Cup.