Kevin Ryan has come close to winning the Darley July Cup before but has never left the July Course clutching one of the most prestigious prizes in world sprinting.

However, this year he saddles what looks to be his strongest contender yet for the Group 1 with Diamond Jubilee Stakes winner Hello Youmzain spearheading the trainer’s assault alongside the evergreen Brando. 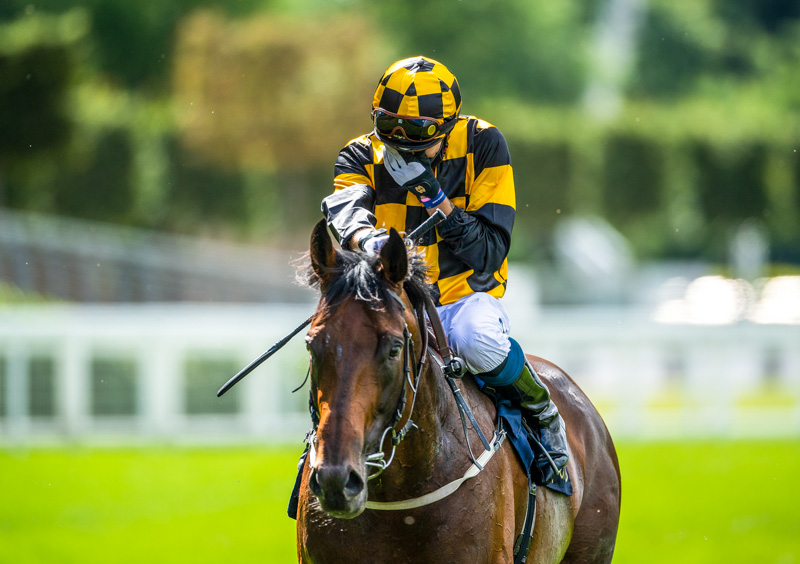 Brando likes Newmarket — he has been second and third in the July Cup — while Amadeus Wolf was also fourth in the contest back in 2006 for Ryan. But while they were talented sprinters, Hello Youmzain has the potential to be a real star.

Having already bagged the Group 1 Sprint Cup at Haydock alongside his Royal Ascot success, Hello Youmzain bids to add this contest to his haul for Franco-Kiwi owners Haras d'Etreham and Cambridge Stud, with the son of Kodiac sure to appreciate the going as well.

“He’s been freshened up since his win and this slots in just right for him,” Ryan said. “I’m sure he’ll have come on for Ascot, he’s in great form and there’s no reason why he won’t take all the beating again.

“A new rival is Golden Horde, who is obviously a top-class horse, but Hello Youmzain has proved himself at Group 1 level more than once and I’m sure he’ll run his race. I can’t see the track being a problem.”

Hello Youmzain is half the age of his eight-year-old stablemate Brando, who showed no signs that age was slowing him down when second in the Group 3 Chipchase Stakes at Newcastle last time.

Ryan said: “The course is certainly no issue for Brando — he loves both tracks at Newmarket. He ran a great race in the Chipchase at Newcastle, where he got a little far back and he was the only horse who really came from off the pace so you could mark his run up.”

What they say
Charlie Hills, trainer of Equilateral and Khaadem
They both ran great races at Royal Ascot and I’ve been really pleased with them since. The way Equilateral was staying on behind Battaash in the King’s Stand made us think it was worth going back up to six furlongs with him. Khaadem put in a really good performance and there is some pace where he is drawn, but I’d love to see the ground dry out a little for them both. I know Khaadem is a lot shorter than Equilateral but I’m not sure there’s really that much between them — that’s the case with their ratings — and it’s probably to do with Khaadem being more proven at the trip than anything else.

Dominik Moser, trainer of Namos
He’s a good horse and has won two good races in Germany this season. He’s a very clever horse and only wins by short distances as he only does what he needs to do in his races. He’s travelled well, he’s fit and ready for the race, but it’s a big step up for him. However, with the coronavirus we don’t know how often we may get these chances to run, so we will try him. I’m very pleased to have William Buick riding, he’s one of the best riders in the world and has a lot of experience of the course, which Namos doesn’t, so it will help him. I think the ground will maybe help us as he can be a bit slow at the start and has won over further. Softer ground means they do not normally go so fast.

Roger Teal, trainer of Oxted
He’s going into the race in really good shape and we’re really pleased with him at home. He’s drawn nine, which I think will be okay. I’d just like the ground to dry up a bit and for there to be good somewhere in the description. He’s a stronger horse this year and better able to cope with soft ground if it comes up that way now. I’m really looking forward to it. He was second on this course last year when he made a bit of a mess of the stalls, so he has a bit of course experience here which can’t harm his chances either. He’s double the price he should be because he’s trained by me! The yard’s been in great form and I have to say a massive thank you to all my staff who have worked so hard with the horses.

Denis Hogan, trainer of Sceptical
He is entitled to have a crack at them again. He's probably had a better prep for this than he did the Diamond Jubilee, which came a bit quick after Naas. Frankie should know him a bit better and we're hoping the ground dries up a bit for him.

David Elsworth, trainer of Sir Dancealot
He's come on for his last run but whether that's good enough to trouble Golden Horde I don't know. Hopefully it dries out as he's better on a sound surface.

Clive Cox, trainer of Golden Horde
He was always a very big framed horse and he has now strengthened into that frame. We were over the moon with the progress he made over the winter and he clearly showed that wellbeing and potential at Ascot. Going to Royal Ascot without a prep run was a mild concern because at this level, you don’t want to be lacking in any respect, and I’d like to think that run will put him even closer to perfect. He’s entitled, as any horse after their first run of the season is, to take that step forward. For any horse in the sprinting department, I think it’s the physical strength that sees that progress, but I think he’s ready for that. Clearly, he’s a good bodied and strong horse so I’m very much looking forward to it. He has an ability to act on any ground.

Aidan O’Brien, trainer of Southern Hills
He's in good form. He came out of Ascot well and we think he has come forward.

Richard Hannon, trainer of Threat
We were originally going to run in France but the ground was a concern and it looks a very good race. Hopefully the ground will dry up because I really think the drop back in trip will help as he didn’t get the trip on the ground in the St James’s Palace. There’s not much between him and Golden Horde on their runs last year and I like his chances as long as the rain stays away.