The Spring Stakes as it was

As good as the Newcastle Jockey Club’s feature race meeting of the year is this afternoon, there would be veterans of the industry thinking that there is still something sadly missing from an otherwise highly entertaining racecard.

It wasn’t all that long ago when you could almost guarantee the fixture would involve a potential Group 1 winning 3-year-old of some description, the trip up the Pacific Highway being made each and every September by a Sydney or even Melbourne trained starlet heading towards a Spring Champion Stakes, Caulfield Guineas and/or VRC Victoria Derby — and in some cases a truly celebrated longer-term career.

First slotted into the 3-year-old age group landscape in 1984, the Group 3 Newcastle's Spring Stakes (1600m) almost always proved to be a stepping stone to success for a hugely progressive galloper in the process of being fully developed by one of the major stables.

For over 30 years it took its rightful place alongside the Newcastle Cup and Cameron Handicap as an early season 3YO Classic pointer, that is until it got switched to be a supporting act on $1 million The Hunter card in November 2019.

More's the pity, for it is doubtful that the new version can ever serve the industry as well as it did in its former state.

The previous version of the NJC Spring Stakes proved to be a genuine springboard for some of the finest racing career’s racegoers have seen over the past three decades and a quick look at some of the names involved is proof positive.

Two of the first three renewals of the September-staged Spring Stakes were won by subsequent Group 1 Spring Champion Stakes winners Easter (1985) and Imprimatur (1986).

Even if success in the Newcastle feature wasn't forthcoming, victory in the Spring Champion Stakes was still a real possibility.

Beaten into a place at Broadmeadows, Dignity Dancer (1988), Viking Ruler (2001), Niello (2003) and Teranaba (2006) all went on to claim the Randwick 2000m semi-Classic in what is a further illustration of how the NJC Spring Stakes proved to be as a key lead-up.

The 1989 renewal witnessed the success of Procol Harum, subsequent winner of the Group 1 Caulfield Guineas a few weeks later, as was the case in 1997 when Encounter achieved the same coveted double.

Similarly, victory in the Group 1 VRC Victoria Derby was the ultimate destination for the spring campaigns of Nothin' Leica Dane (1995) and Ebony Grosve (1996) — a NJC Spring Stakes  placegetter in the first instance and winner in the second.

The W.S. Cox Plate wasn't exempt either. Who can forget the role Viscount played in the 2001 renewal of the Moonee Valley spectacular when sandwiched between Sunline and Northerly, after finishing runner-up to Magic Albert in the 3-year-old set weights event at Newcastle six weeks earlier.

Even taking into consideration all of the aforementioned celebrated winners and placegetters, as well as the likes of Shogun Lodge (1999), Lotteria (2004) and Ilovethiscity (2010) yet to be discussed, two names standout in illustrating how important the NJC Spring Stakes once was.

In 1993 the great Mahogany played second fiddle to Mistador at Newcastle, before going on to one of the great racing careers in living memory which included the Caulfield Guineas-VRC Victoria Derby double that same campaign.

And just two years earlier, the dearly-departed Subzero found Enjoy Dancing too good at Broadmeadow — at the victor's 18th start no less — before forging a place in the heart of an entire thoroughbred fraternity.

The September version of the NJC Spring Stakes established itself beyond any reasonable doubt to be some race. Hopefully its November imitation can go on to prove even half as good. 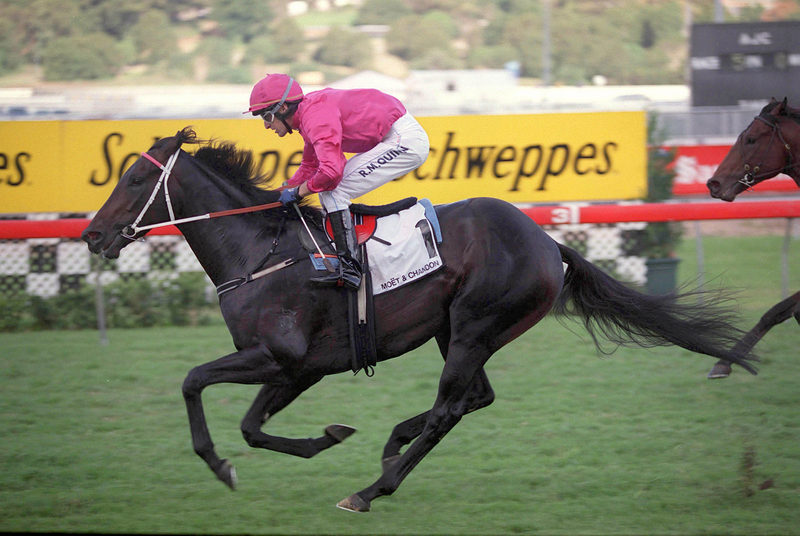