The Rosehill Timeform recap featuring a race by race overview of key performers and ones to watch from Festival Stakes Day at Rosehill on November 30.

Ranier claimed The Festival Stakes ahead of Live And Free who produced an equal career best display second run from a spell with Blinkers applied for the first time. Both are expected to contest the Villiers Stakes at Randwick in a fortnight where the winner becomes exempt from ballot for the Doncaster Mile next autumn.

Spending To Win claimed the Starlight Stakesand was one of multiple runners who fought out the finish early in their respective preps.

Muntaseera showed sharp improvement on her Ottawa Stakes debut when taking out the 2YO Handicap to commence proceedings. Her 3.5 length success shot her into the leading 2YO fillies of the season behind just Dame Giselle and Every Rose.

Muntaseera settled well off the but put the small field away pretty quickly on straightening.

She’s another filly who has come out and really springboarded off a solid debut in her second career outing. Dame Giselle is the other who we still have rated as the pick of the 2YO fillies so far this season.

Muntaseera is the third highest rated 2YO filly for 2019/20 off Saturday’s win. Every Rose sits second behind Dame Giselle for her Gimcrack Stakes success.

This girl can be added to a nice little 2YO team for the Maher/Eustace stable, Cellsabeel and Tanker are others who come to mind who we last saw in the Golden Gift.

Chilliwack was sound on debut in second. He is a full brother to Malahat who himself was a pretty handy two-year-old. Malahat had form around Pariah, Menari and Invader, he even beat Randwick Guineas winner Kementari once.

There is a 2YO 1200m Handicap at Chilliwack’s home track of Warwick Farm in three weeks. Ideally he should be kept in work for that.

Mikayla Weir had Run Like A Rebel positioned one out and one back. That cosy run meant that she could fend off a late challenge from Eurosay.

The daughter of Rebel Raider has been building a handy record in the country but Aaron Clarke should probably be keeping her at Highway Handicap level now.

She’s a Class 3 horse and becomes ineligible for Highway Handicaps with one more win so hopefully the stable can make it count.

Eurosay was good first up for Canberra trainer Todd Smart. Pauper in fifth for Natalie Jarvis was impressive. He missed the start badly but really motored home.

There is a 1300m Class 2 Highway Handicap at Warwick Farm in three weeks which would suit those two horses down to the ground.

Princess Cordelia led and produced a fantastic kick in the straight.

She’s a mare in form. That was her seventh run this prep and she is still yet to put in a bad one.

The second Highway Handicap at Rosehill on Saturday was run in quicker time that the first heat of the day.

Placegetters Congregate and Tale Of The Kraut were each resuming. If you put these pair into that Warwick Farm Highway Handicap in three weeks along with Eurosay and Pauper from Heat 1, that is shaping as a strong Highway Handicap event on December 21.

Her latest prep has started well and after Saturday only has a Benchmark of 73.

There is a 1400m Benchmark 78 Fillies and Mares Handicap for Jen Rules to go to next in three weeks time.

The big run was In Good Health in third. It was her first run as a four-year-old. The daughter of Congrats had 16 starts as a filly last season. She broke her maiden over 900m in September 2018 and won over 1850m in May.

In Good Health was going through her gears nicely and if kept at Fillies and Mares grade, it will be interesting to see what she can do this prep. She is versatile and under the care of John Ramsay out of Scone who is really punching above his weight in the city at the moment.

Ramsey of course had the Oaks runner up Never Listen and also Pinup Miss won two weeks ago on Spring Stakes Day at Newcastle.

Invictus Salute put the writing on the wall for this win at her prior start when she matched it with Lucicello despite returning to scale lame.

It was a clinical win on Saturday. The Exceed And Excel mare landed outside the lead and was just too strong late.

She’s doing a good job so far this prep and it will be interesting to see how she can progress.

There are a host of 1200m stakes races for her this month where she’d carry no weight. She is a genuine speedster though and six furlongs has stretched her in the past.

Something Fast might be the one to follow out of the race. It was a nice first up effort and the Smart Missile gelding showed a stack of promise working through his grades late last autumn.

Alward is enjoying a great prep and has now won two in a row. Hugh Bowman gave the gelding a cosy run midfield on the fence and he was far too strong late.

His time up in Queensland looks to have reinvigorated the French import. During the 2017/18 season Alward just missed out on a Melbourne Cup start when fourth in the Lexus Stakes and was an early favourite for the 2018 Sydney Cup after placings in both the Randwick City Stakes and the Manion Cup. The Aqlaam gelding then lost his way a bit last season.

Things are on track again now. He’ll go around next in the Summer Cup on Boxing Day over 2000m. Seven of his eight career wins have come over that trip.

Runner up Black On Gold can head there too before maybe going after a big collect on Magic Millions Day.

High Bridge resumed with a closing fifth. It was an ideal Christmas Cup trial for two weeks time. The Monsun gelding got a long way back and was making great ground along the fence. 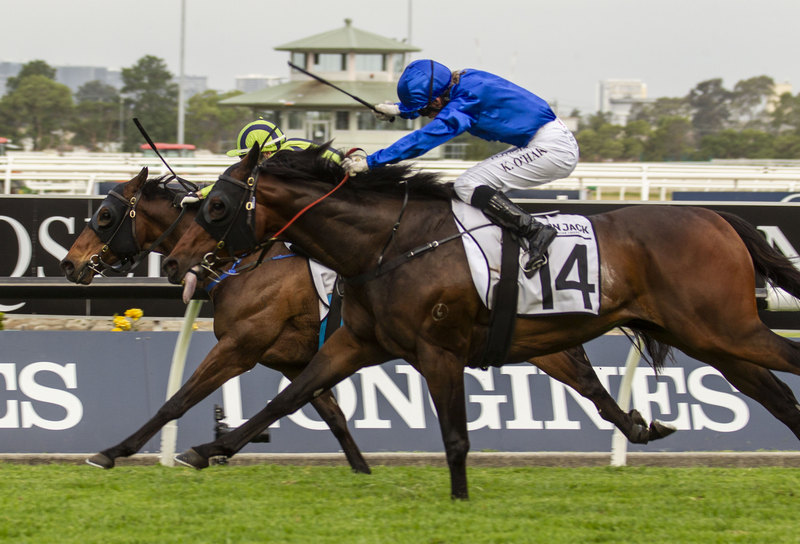 Ranier got a peach of a ride in behind the early speed and saved all the ground. Kathy O’Hara had plenty of horse underneath her when they moved off heels into the clear.

We’ve got Ranier running to a Timeform rating of 106. It was a strong effort however still almost a length short of his best. He was a dual stakes winner as a three-year-old with his Carbine Club win during the 2018 spring a career best.

The Villiers Stakes has to be next for the Lonhro gelding. Looking at the history of the race, Godolphin have produced a couple of Villiers placegetters  (It’s Somewhat, 2015 and Interlocuter, 2017) but are yet to win it.

It’s a valuable race to take out as well with the winner being exempt from ballot in the Doncaster.

Live And Free third up profiles well heading towards the Villiers. He ran an equal career peak on Saturday with the Blinkers applied. John O’Shea has won the Villiers twice with Grey And Gold in 2000 and On A High in 2003. Both were older horses down near the limit weight.

Bobbing as usual caught the eye in sixth. He always gets too far back though. As good Bobbing’s run looked heading towards a Villiers, it’s probably best not to get suckered in by it.

Spending To Win bounced to the front and kept on going. The Snitzel gelding produced a Timeform rating of 102 which comes in about a length shy of his best. The Snowden’s last won the Starlight Stakes in 2015 with Dublin Lass.

It’s a cracking way to start a prep. Spending To Win is admittedly a question mark at 1200m but if the Snowden’s could stretch him, there is a nice string of races for the six-year-old coming up.

Glenall was strong in second. He’s performed well back from a freshen up and can also go to the Razor Sharp and Christmas Classic despite being another who is better performed at 1100m.

Joe Pride had a couple of pleasing runs in the race, the first being Chauffeur in fourth. A $1.6million yearling purchase, Chauffeur has been dubbed a bit of a pretender for a long time now however perhaps Joe Pride has found the key to him? He’s a Magic Millions horse too and should be peaking just in time for the lucrative meeting.

Stablemate Passage Of Time in sixth was also working through his gears late on resuming.

Orcein led in the second Chis Waller quinella of the day after Alward and Black On Gold in the ATC Cup.

Orcein has been up for a while and has gradually worked into his prep. Comparing what he ran to on Saturday to his master rating, there is room for improvement.

The son of Snitzel is only a Benchmark 73 horse after Saturday as well so there are plenty of options for his next start.

Stablemate Tunero should be ready to win third up. Both his runs this prep over 1500m have been strong and predominantly known as a middle distance staying type, the Teofilo gelding is likely needing further now.

Convinced was solid enough taking on the older horses at Saturday level for the first time. He’s a nice colt and the Magic Millions Guineas is just around the corner.