The Rosehill Timeform recap featuring a race by race overview of key performers and ones to watch from the Run To The Rose meeting on September 14.

Arcadia Queen fell short just 0.04 of a second shy from claiming the 1300m Rosehill track record when taking out the Theo Marks Stakes. The daughter of Pierro won with a bit up the sleeve over the fast closing four-year-old duo of Trope and Gem Song.

While Group 1’s will be the focus over the coming months, Rosehill on Saturday provided a number of Blackbookers, predominantly at Benchmark level.

Along with Gem Song, Irukandji won despite running well below his best figures achieved as a younger horse.

Godolphin import Beau Ideal closed nice into fourth behind Spanish Dream in the last, with a performance assessed at well below the peaks he ran to at stakes level in France.

It was his fourth career win so he’s graduated from Highway Handicaps now.

The son of Eavesdropper will likely transition to becoming a good country cups horse from here.

Schappose in fifth was solid with condition first up off a spell perhaps just giving out late.

Equal Balance in fourth was sound in his second up outing also.

Shock Alert had been racing well without winning so far this prep so that was a deserved success. The son of Shocking landed behind the early leader and had a bunny to follow in the form of Perfect Rhyme. While challenged by Humbolt Current at the turn, he fought hard the entire length of the straight for a slender success.

The races are certainly getting stronger around this time of year. That said, there is a nice 1900m Benchmark 88 Handicap for him at Rosehill in two weeks. He could then step up to ten furlongs in the Port Macquarie Cup on October 11.

Humbolt Current is testing the patience however the import can go to that same Rosehill race in two weeks time and carry no weight on his back.

The first two across the line put a massive margin back to Lady Cuvee in third on Saturday which points to this being a decent quinella at Benchmark level moving forward.

Irukandji struggled last start on the heavy ground however on the strength of his first up run the Dundeel gelding was always worth another chance back on Saturday’s firm track.

The four-year-old looked fantastic and ran to a Timeform rating of 100 in the process. The Bjorn Baker-trained runner recorded an overall time more than half a second inside standard.

The encouraging thing is Irukandji on Saturday still ran a couple of lengths shy of his peak performances as a younger horse.

Under the care of Team Hawkes he won a Schweppervescence and wasn’t beaten far in last year's Up And Coming Stakes and the Stan Fox.

After Saturday Irukandji has a Benchmark of just 76 which means he can pick off a few races before getting up to Open company which on best ratings, is well within his reach.

A 1600m Benchmark 88 at Randwick on Epsom Day should be his next start.

Gayatri has looked fantastic since getting up to 12 furlongs.

After two strong runs at Benchmark 78 level, it’s time to test the daughter of Pierro in stronger company. The Group 3 Colin Stephen Quality (2400m) at Rosehill in a fortnight profiles as her next start. Chris Waller last won the race with Kelinni in 2012.

Similar to Gayatri, Kelinni started that prep in the winter. He then raced right through the spring, won a Lexus Stakes and ended up running fourth in the 2012 Melbourne Cup behind Green Moon.

Dabiyr was good in second and can also go to the Colin Stephen Quality.

Costello in third produced a sound performance again without winning. Overall though, there is minimal reason to look outside the quinella of this race.

There is no coincidence that in his first prep as a gelding the son of So You Think has gone win and win through his two starts.

Just Thinkin' has run to a Timeform rating of 110 which is a high figure for a Dulcify. Having a horse of Castelvecchio’s quality in the race plays a big role in strengthening it.

Castelvecchio was sound in fourth. He’ll strip fitter for the run heading towards the Gloaming second up onto the Spring Champion Stakes. 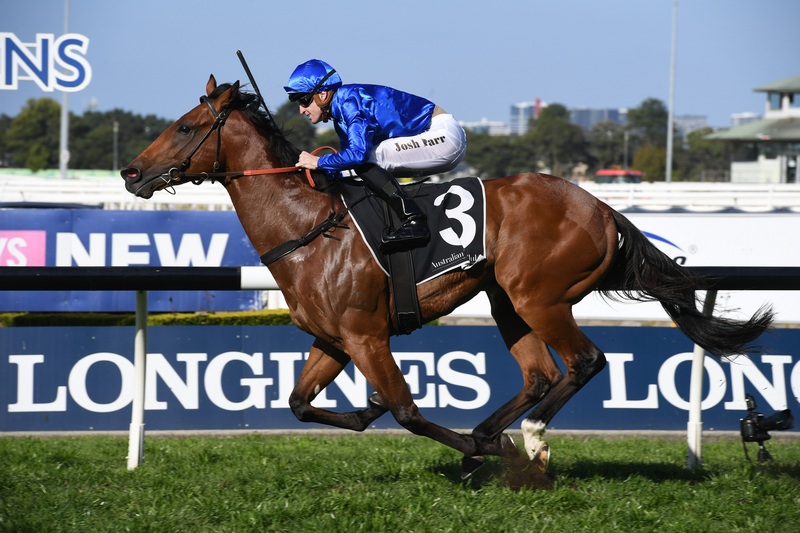 Bivouac thrived getting back on the firm track after running second to Exceedance in the San Domenico and produced a dominant victory against strong opposition.

The Exceed And Excel colt has run to a Timeform rating of 122. It’s the same figure we awarded Exosphere, Astern and Menari for their respective wins in the race.

On Saturday the Run To The Rose field was run in overall time well inside standard. A 33.11 final 600m is electric and the first three across the line all broke 33 seconds.

They’ll all likely head to the Golden Rose in two weeks time.

In that same time, horses like Epaulette (2012) and Zoustar (2013) have been beaten in the Run To The Rose and then took out the main event two weeks later. With that in mind, Yes Yes Yes and Exceedance are still in the race up to their ears.

Impressive is the most succinct way to describe Arcadia Queen on Saturday. She’s run the highest winning figure of a Theo Marks Stakes since More Joyous claimed the 2010 renewal.

The daughter of Pierro produced an overall time more than a second inside standard and fell just .04 of a second shy of beating Deploy’s track record over 1300m at Rosehill.

She’s heading to the Everest and can go there four weeks between runs or perhaps via the Group 2 Golden Pendant (1400m) at Rosehill on September 28.

Trope was fantastic in second. His racing pattern makes the four-year-old a low percentage horse though and we as punters have to be careful about getting sucked in by their eye catching closing sectionals.

Gem Song was excellent in third. The Your Song entire is right on track to contest an Epsom Handicap in three weeks and run well in it third up off that display on Saturday.

Baller after his second flop this prep at Group level will surely be dropped back to Benchmark level.

There are a number of Benchmark 88 sprint races about for him over the coming weeks. While the four-year-old looks like a Group horse in the making, the son of High Chaparral is not there yet as has been proven twice so far this campaign.

Mizzy has deserved her past two wins. As a younger horse the daughter of Zoustar got stuck behind a lot of nice types.

She’s back to her own sex and getting into these fillies and mares races nicely under Set Weights plus Penalties conditions.

The Anthony Cummings-trained mare ran to a Timeform rating of 112 on Saturday. That’s equal to her career peak recorded when fourth in the Surround Stakes behind Nakeeta Jane during the autumn.

The Golden Pendant is next for her in two weeks time and connections will no doubt be praying Arcadia Queen does not show up as an acceptor.

Champagne Cuddles was great first up as the icing on the cake of a great day for Bjorn Baker after an early winning double. She’ll likely head to the Golden Pendant as well.

Dyslexic was a bit of a disaster in fourth. The mare was held up badly however getting too far back or enduring no luck in running is becoming commonplace for the five-year-old.

Spanish Dream produced a genuine quaddie killing performance to end the day. The Lope De Vega mare was beaten 6.3 lengths by God Of Thunder the run prior and produced a seven length reversal on Saturday.

It was easily a career best run by the Paul Cave-trained mare. She may go to another Benchmark 88 sprint at Randwick on Epsom Day from here.

Kocsiusko slot holders of Star Boy will be extremely pleased with his first up display.

There was also good signs from Beau Ideal in fourth who was getting to the line well.

The Godolphin import was a Group 3 runner up in France and ran a figure well shy of his master rating on Saturday.

The Exceed And Excel gelding has substantial room for improvement off that run as he progresses deeper into the spring.