The Newcastle Timeform recap featuring a race by race overview of key performers and ones to watch from The Hunter meeting at Newcastle on November 16.

The ultra consistent Savatiano claimed the inaugural running of The Hunter with a strong frontrunning display ahead of the fast closing Tactical Advantage. The daughter of Street Cry was the second leg of a feature race double for Godolphin with Asiago claiming the Group 3 Spring Stakes (1600m).

House Of Cartier was dual Group placed as a filly. On Saturday she showed what she could do getting out to a suitable trip.

The Alamosa mare was strong to the line and produced the win despite running below what she is capable of. It was a career best win but only her fourth highest rated performance.

That bodes really well for her tackling stakes races over the next month, knowing there is that bit extra up the sleeve.

It looks like she’ll go to The Villiers in four weeks, maybe via the ATC Cup (2000m) or the Festival Stakes (1500m) both at Rosehill on November 30. Already with two Group placings, she gets a chance to maximise her broodmare value with a black type win.

She’s clearly the one from the race who has the upside. The next four across the line have all had a few runs this prep. They’re up and about and while they don’t scream ‘back me’ moving forward, they’ll keep the prizemoney cheques coming in through the summer months.

Fresh off a good result in the Golden Gift with Dame Giselle and third placegetter Blaze A Trail, Team Snowden on Saturday unveiled another promising two-year-old in Tilia Rose.

The Written Tycoon filly recorded a Timeform rating of 97 which is on the lower side of what we’ve seen produced from the 2YO winners to date.

The good thing is though how sharply they can improve with some race experience under their belts.

See You Soon and Dame Giselle ran about this same mark in their debut. Two weeks later they both improved lengths in the Golden Gift.

With that in mind, giving this girl one more run before a summer spell and a subsequent autumn prep might be the way to go.

There are a couple of options for her next start early next month. She has the right stable, the right pedigree and is probably a filly worth backing at her next start if it takes place in the coming weeks.

Her prep has commenced ideally with two wins from as many starts. Saturday was a nice prizemoney bump for a mare who has now graduated from Highway Handicaps. She’ll go back to country and provincial level from here so she loses some relevancy from a Saturday perspective.

Axella stuck to her task well for third. Despite a solid first up effort when fourth at the Gold Coast, the Stratum mare on Saturday jumped at $15. With Matty Dunn’s success in these Highway Handicap races, it honestly boggles the mind when any of his runners start at that sort of price. She’ll take beating if she goes to a Highway Handicap for her third up run.

Denmiss in sixth was held up noticeably in the straight however was strong late.

Her and Axella can go to a 1200m Highway Handicap at Rosehill in a fortnight.

Saturday was a case of third time lucky for Pinup Miss this prep. She’d been building toward this nicely and has improved with each run.

She only has a Benchmark of 67 after Saturday so she can go to a similar Fillies and Mares Benchmark 78 race in the coming weeks.

From the mark she has won off, there could be another big payday or two for connections in this prep alone.

Depending on how she progresses off this win, the Country Championships next autumn shape as a real target for her.

Back to New South Wales and back to the winner’s circle for Asiago. She’s produced a Timeform rating of 99.

It’s a career best for her. In terms of the Spring Stakes though, it is a low figure. With the race moved to the back end of spring, it’s no longer a lead up race into the Spring Champion Stakes.

It serves a different purpose now after the top line three-year-olds head to the paddock. Don’t be surprised to see more fillies win it moving forward.

Game Of Thorns impressed in second, she’s improved with each run this campaign. Just Society was luckless along the rail in sixth.

Rule The World while beaten as favourite probably shouldn’t be given up on. A slight drop back in trip to 1400m or 1500m is perhaps what he needs next start. 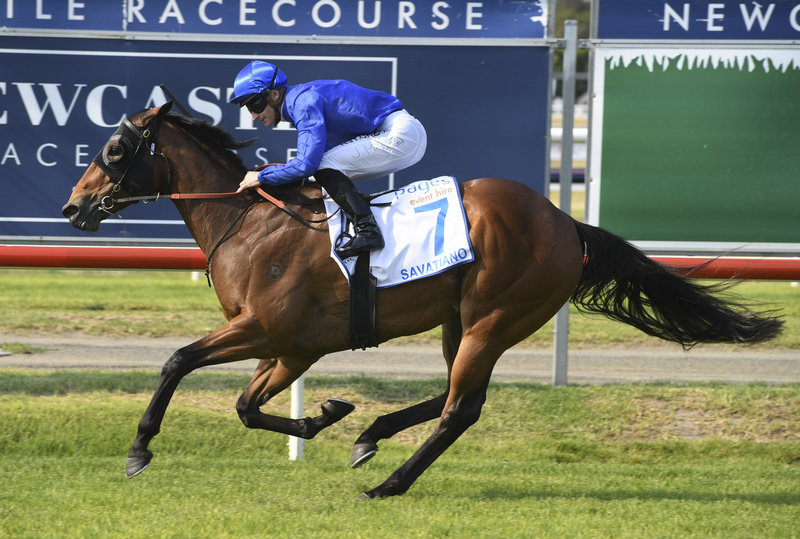 The consistent Godolphin mare went straight to the front and from there was far too good. This was a career peak for her taking on the boys. She’d generally been amassing her wins and prizemoney in Fillies and Mares company prior to this.

She’s extremely versatile, capable over 1200m up to the mile. 1400m is arguably her pet trip though so a race like the Tattersalls Tiara might be a long term goal for her this season.

Tactical Advantage was huge in second. Jamie Lovett post race suggested they might look at the Stradbroke Handicap with him next year.

That was his first up run. He probably gets kept fresh from here for races like the Starlight Stakes and the Razor Sharp. A race like The Buffering at Eagle Farm over 1400m on December 28 is an option too with a total purse of $200,000.

Into The Abyss has been up for a while however keeps firing. There were a couple of mares on Saturday who produced career best wins which rated below their career peaks achieved while performing at Group level. She placed behind Seabrook and Fiesta in the 2018 Sweet Embrace Stakes as a two-year-old last year.

She needs that black type win now. John Thompson may elect to spell her now and come back in the autumn to chase it.

The favourite Outrageous had no luck. The All Too Hard gelding got stuck on the heels of a tiring runner and never got clear. It was a complete forget run. The four-year-old is still early in his prep and profiles like a horse who can chalk up another win or two over the summer.

Strome has improved with each run this prep. Both her starts over 1500m this campaign have been strong.
Realistically from here she is going to jump from a Benchmark 78 to the Festival Stakes in two weeks time. That’s a noticeable rise in grade but she’ll at least be peaking fourth run from a spell.

Mushaireb has produced two good runs so far this prep and it could be a case of third time lucky for him next start.

Burning Crown led, kicked and was too strong. The Sue Grills-trained sprinter is building a nice record, four wins and seven placings from 13 starts.

On what he has shown to date, connections are no doubt already thinking 2020 Kocsiuscko with him.

Leviathan in second. Yes, while beaten as favourite, the run still bodes well for the remainder of his campaign.

He's A Hotshot resumed well above market expectations while Testifier in fifth looks to be building nicely toward a strong third up performance next start.

The first five across the line all have some upside about them and will get their chance to work through the grades this summer.