After impressive displays during the Dubai World Cup card, MISHRIFF (IRE) [122] and MYSTIC GUIDE (USA) [122] share the top spot in the second edition of the LONGINES World’s Best Racehorse Rankings for 2021.

Mishriff, who was already at the top of the rankings following his victory in the Saudi Cup, switched back to turf and won the LONGINES Dubai Sheema Classic (G1) in his next start. Mystic Guide, meanwhile, took the Dubai World Cup Sponsored by Emirates Airline (G1) by 3 ¾ lengths to land at the top of the rankings. He came into the race having won the Razorback Handicap (G3) by six lengths to begin his 2021 campaign.

LORD NORTH (IRE) [120] is also in the top five after winning in Dubai. He earned his ranking by being victorious in the Dubai Turf Sponsored by DP World (G1), which he took by three lengths in his first start of the year.

Joining Australia’s NATURE STRIP (AUS) [121] in the co-third spot is EDUARDO (AUS) [121], who is a perfect two-for-two this season. Eduardo defeated Nature Strip by a short head in the Hyland Race Colours Challenge Stakes (G2) and then went on to win the Bisley Workwear Galaxy (G1) by 3 ½ lengths.

Several other horses who have impressed in Australia this season find themselves ranked as well, including MUGATOO (IRE) [119], who defeated RUSSIAN CAMELOT (IRE) [118] by half a length in the All-Star Mile. Additionally, SIR DRAGONET (IRE) [118] won the Kia Tancred Stakes (G1) by 2 ¼ lengths to join the rankings.

In America, COLONEL LIAM (USA) [118] is two-for-two this year after winning the Muniz Memorial Classic Stakes (G2) following his score in the Pegasus World Cup Turf Invitational Stakes (G1), and champion filly SWISS SKYDIVER (USA) [118] made her seasonal debut a winning one when she took the Beholder Mile Stakes (G1) by 2 ¾ lengths. In Japan, LEI PAPALE (JPN) [118] is ranked after she took the Osaka Hai (G1) by 4 lengths, and in France, SKALLETI (FR) [118] began his season with a victory in the Prix Exbury (G3) by 3 ½ lengths to join the rankings. 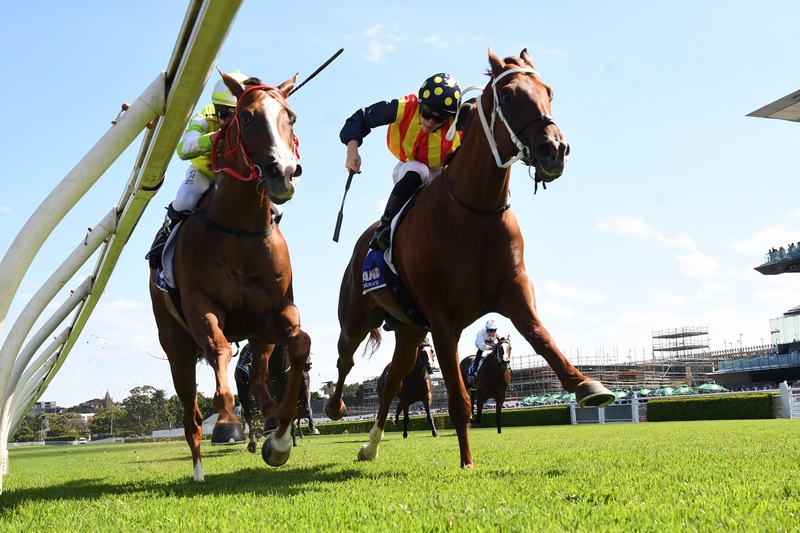