TAB’s Andrew Georgiou was across the big hits and misses over the weekend and cannot wait for all the action from the Grafton Cup Carnival this week.

Punters certainly knew what they were doing and launched early in the day on Saturday.

Heavily tried runners, CHERRY TORTONI, SENSE OF HONOUR and TAILLEUR, were on the mark and landed some big bets and plenty of multis.

One of the best long-range moves of the day came when VITESSE led throughout for ‘The Gun’, Brenton Avdulla. Vitesse was $9.50-$5.50 on the day and double figures when markets opened on Wednesday. WALKING FLYING at Flemington was another one they got spot on at each way odds.

TRAVEST and BIGBOYROY all had big support but none more so than MR DEPENDABLE in race four at Randwick. He was a very costly favourite after touching odds-on at one point.

We doubt LASHES will be as popular the next time she goes around after having burnt punters once again. PLEIN CIEL and HEPTAGON in the Winter Championship Final carried plenty of money having been $8 earlier in the week.

Champion mare ENABLE made her much anticipated return to racing in G1 action at Sandown Park in the UK on Sunday. Given every chance to run down the leader, and subsequent winner GHAIYYATH, Enable couldn't bridge the gap on the Godolphin runner and had to settle for second spot. Her defeat once again highlights how special WINX was to have been able to rack up as many consecutive wins (33) as she did.

Two of our more talented gallopers, KEEN POWER and ILOVEMYSELF, have been sold to Hong Kong.iou

Keen Power was part of the Matty Dunn yard at Murwillumbah and won his first two starts before finishing a narrow second in two TAB Highways, the most recent of those just a month ago. Ilovemyself created a big impression after landing a sensational betting move to win on debut at Flemington in late February before finishing sixth to PRAGUE in the Pago Pago for trainer Greg Eurell.

We have had another big market mover in The Kosciuszko betting - LORD VON COSTA. TAB reacted to his win at Flemington by slashing his odds from $26-$11 for one of the most popular races on the Futures calendar.

WHAT’S ON THIS WEEK

Grafton’s Cup Carnival continues this week with the Ramornie on Wednesday and the Cup on Thursday. Further ahead to the weekend, the Winx Guineas is the highlight at the Sunshine Coast on Saturday while the Winter Stakes and Sir John Monash Stakes take centre stage in Sydney and Melbourne respectively.

Don’t forget to catch all the midweek action on Sky Racing and the Sky Racing Active app. 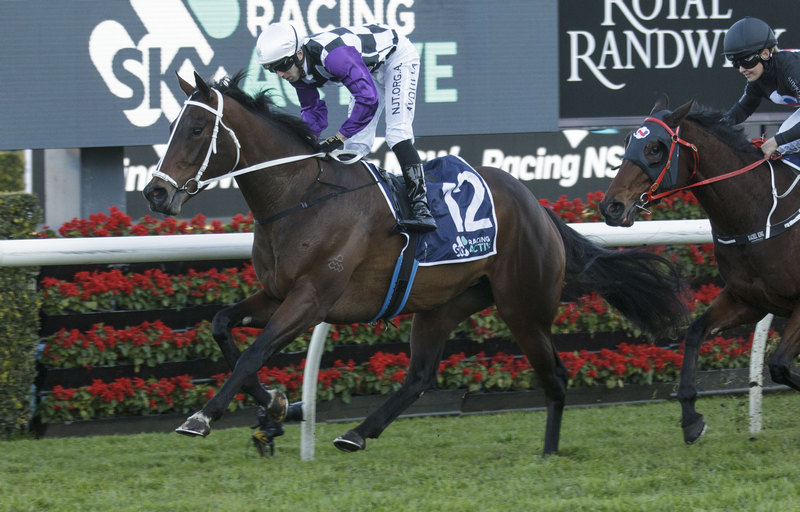 Vitesse and Brenton Avdulla did the business at Randwick in a long range move, picture Sportpix.com.au