#3 Universal Crown put in an eye-catching run with the way that he ran on for third at Happy Valley last time out over 1000m, and should relish the step up to 1200m at Sha Tin. He is drawn to get an ideal run in the race and will be ridden by Lyle Hewitson, who is in great form at the moment and is really finding his groove in Hong Kong.
#1 Takingufurther gets the all important class drop and the last time he was in this grade, he was a winner.  The speed map suggests there is not a lot of pace in this race, so he can roll across from his wide draw and control things from the front, on a day where front runners will be at a particular advantage as the rail is out in the widest possible position. He is also a previous winner over this course and distance.
#5 Telecom Missile has been racing well and can make his presence felt. He won over this course and distance two starts ago and was only run down in the final strides on the All-Weather track last time.  From barrier two, Blake Shinn can give him a charmed run in the race and he will be there at the business end of proceedings.
#8 Alloy Star returns from a spell and has trialled at Conghua in the lead up to this race. The booking of Zac Purton is significant, given he has got a really good record on the horse and is the best push for him, as it can be hard to gauge the form from trials at Conghua.
#11 Vector ran a much-improved race at Happy Valley last time, closing off strongly for third. He is drawn well, has the minimum weight to carry and a repeat of that performance would see him as a contender for this event.

#6 Running Glory is in super form, having won four of his last five starts, and is the one to beat. He is a progressive four-year-old who will be suited by the rise in class as he carries less weight this time which is a bonus as he’s only a lean thoroughbred.  He is trained by the legendary John Size, who has given him a bit of time since his last run, and a recent trial, where he did what was required. The son of Kermadec has a good turn of foot and with the small field, he should not be too far off them when he comes with his run.
#3 CP Brave is a horse I have always had a good opinion of and he returns from a freshen up. Popular trainer Tony Millard has decided to take the blinkers off and he did perform well in a recent barrier trial, beating Running Glory. His last run before the let up was a good effort behind the talented My Sugar, while the inside draw will allow jockey Ruan Maia to have him in a handy spot in transit.
#4 The Rock's best performances have been when he has led, and in a small field and the rail out wide, he can control things as he likes and be in this for a long way.  The question mark is whether he can go with Running Glory and CP Brave over the concluding stages, as they appear to have more upside than he does.  Nevertheless, he is coming into the race in good form, he will get circumstances to suit and he is a time two winner over this course and distance.
#1 Beluga may have needed his last run when returning from a two month break, however, his form from earlier this season was strong and his best would see him as a genuine hope. A decent barrier draw and the booking of in form jockey Lyle Hewitson are further bonuses and he should be strongly considered.
#7 Charity Grace won nicely last time out in a lower grade, has been going well this season and will get his chance here with a light weight. He will need to up the output if he’s to win again but he is racing particularly well.

#4 Solid Impact was beaten on his merits by Reve Parisien last time out but can turn the tables on him this time around for a number of different reasons. The race shape looks different this time, as the presence of Flying Season should inject more speed into the race and set it up for a horse like Solid Impact, who is likely to take a trail.  He also meets Reve Parisien slightly better off at the weights, plus the fact that Zac Purton retains the ride is also a positive factor.
#8 Reve Parisien can do what he did last time and go all the way.  It may have been an upset win, but he was strong from start to finish, and he and Solid Impact pulled well clear of the rest. He is still a lightly raced horse who has not reached his ceiling just yet, while Paul O'Sullivan's stable has been in better form of late after a slow start to the season.
#11 War Weapon ran on well last time in what should turn out to be a decent form race.  From a better barrier draw, he will not have to get as far back as what he did that day and he will appreciate it if they run along.
He also gets in with a light weight and will be ridden by leading local rider, Vincent Ho.
#9 Brilliant Way has run well in some strong races recently and is an honest, young horse who still has rating points in hand.  He ran a great race behind Buzzinga two starts ago, while he pulled up with excuses from his latest outing.  Barrier 10 does look awkward on paper but I think the tempo will allow him to get across into a position one off the fence and give himself a solid each way chance.
#2 Flying Season has made a strong start to his career with two wins and two placings from four starts.  He is a very speedy horse but he will need to sustain that speed over 1200m and around a bend here, a challenge he has not faced yet given that all of his runs have been down the straight over 1000m.  He looked the winner for most of the way last time but was run down by the in form Run Run Cool, with the first three on that occasion finishing well ahead of the rest. 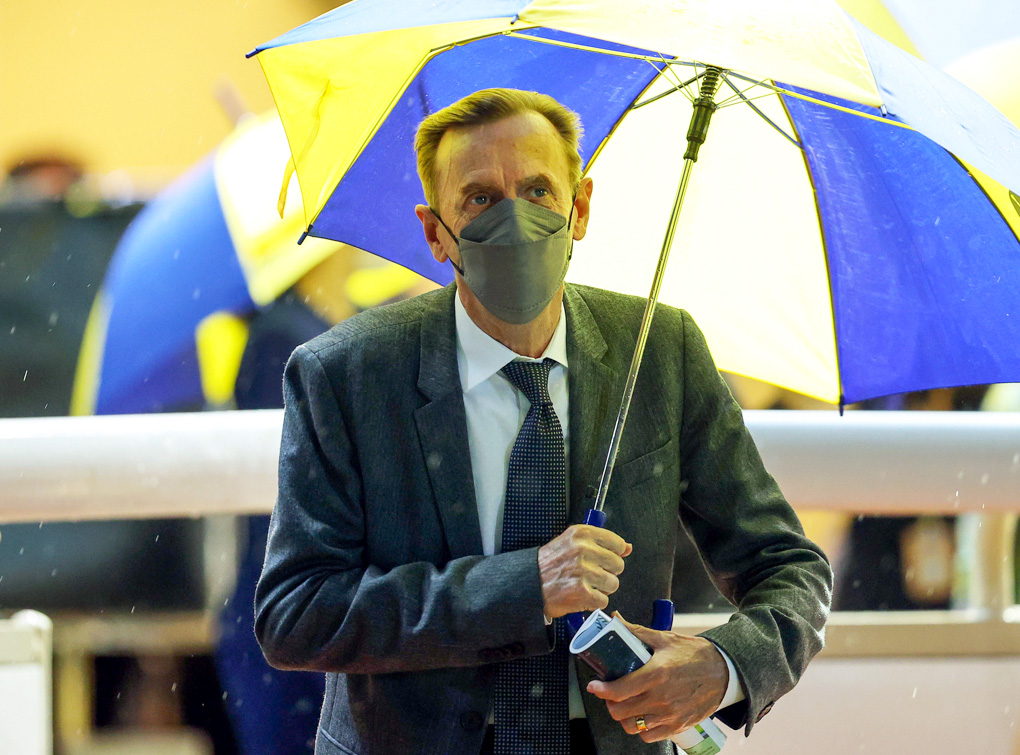