#2 For Fun’s Sake looks a good way to start off the Saturday card from Sha Tin if his recent run is anything to go by. A transfer to the Casper Fownes yard has brought about notable change over the last month and he looked right at home in Class 5 last outing. He settled back early then closed to the line with real purpose, in the process having to change course abruptly. The run was a real eye catcher and the step up to 1400m today looks ideal.
#12 Moneymore was primed first up and dually saluted bringing up a winner for David Hayes with his first runner. He was then a little wobbly to the line second up when finishing third but honest enough with his endeavour. With a good draw and check pieces applied I would expect him to be competitive again. However the negative is stepping to the 1400m where he could over do things early on.
#9 Home Win lead over 2000m last start and it appeared a poor performance as he weakened out over the final 300m. That is a fair assessment on that particular day but today’s race is a completely different scenario. Blinkers go back on and the drop back to 1400m make him very much a runner of interest. He was never going to run out 2000m but the additional hardness gained from that run shall provide resistance at a crucial time today.
#1 Flying Spirit has not achieved a great deal to this point but he will not know himself taking on Class 5 competition with a 10lb claim. The Douglas Whyte stable have also applied blinkers for the first time and with that in mind I would expect him to be ridden aggressively. He has had two runs back this preparation and both have been more than respectable against stronger opposition.
#10 Galaxy Emperor has held his own with out winning this season and he will receive another prime opportunity today from a handy draw.
Moreira jumps aboard for the first time creating further interest but in the process cuts the price in half. Stabbing the exotics in the first race will be easy but a result should pay handsomely.

#10 So Awesome is progressing nicely and in the process displays plenty of raw talent with an exciting turn of foot. He is only little weighing in at just over a 1000lbs but he is robust, agile and has the right attitude for a young horse still evolving. The gate looks ideal mapping him one out and two back in the run. Shortly after turning Moreira can produce him balanced, then gradually building his closing speed. The horses in front I expect to kick hard but I have faith he will reel them in.
#6 Mighty Power has dealt with multiple awkward gates this season but in the process impressive in defeat. The tide turns for him today as he has draws perfectly whilst having the benefit of two runs now under his belt. He will race handy, find strongly under Purton’s push and clearly looks the toughest to defeat.
#11 All For St Paul’s was very good winning last outing and with the advantage of a gate this afternoon can race right on speed again.
The obstacles he must over come are the 5lb increase plus the high speed that is drawn alongside. He is maturing nicely and there shall be plenty suggesting he can step up again.
#1 Sunny Star has already shown immense talent and that he is very capable of cutting loose with sharp sectionals late in his races. Jerry Chau got in to bother aboard him first up but shall be better for the experience second time around.
#3 Judy’s Star has looked lethargic during the first half of his races this preparation. It is not a suprise to see trainer Paul O’Sullivan bumping him up to 1400m,pProviding him the opportunity to race more comfortably during the initial stages.

The final race of the day is a mouth watering Class 2 contest highlighted by two of Hong Kong’s up and coming stars.
#2 Mighty Giant and #6 Sky Field. In isolation it is quite obvious they are two very different types.
#2 Mighty Giant is a jump and run character, a high speed conveyance that runs you in to the ground.
In contrast #6 Sky Field is a settle, balance and absorb creature that unloads high caliber excelleration upon straightening.
With a potential lack of opposition for pace the race maps in favour of Mighty Giant who despite the increase to 129lbs, shall take a tone of beating.
Sky Field on the other hand takes the testing step, up in class and distance, which is difficult to overcome particularly when transitioning from Class 3 to Class 2.
Only eventual top liners can accomplish such a feat but he certainly looks just that.
#5 Lucky Express was brilliant fresh when winning but flattened out second up which was not a complete surprise. He is another high quality youngster who has also displayed some real X factor. He will step to the 1400m today for the first time and it is likely to assist as he has always given the impression he wants more ground. He is another with a bright future and trained by a genuis.
#1 Generals Delight has the addition of a tongue tie and meets similar opposition better at the weights. He is far from the finished product and certainly difficult to dismiss under today’s race conditions. The top three selections look clear stand outs but the remaining prize money can easily be shared around. With the 10lb claim utilised he is certainly one to consider.
#10 Invincible Missile has been out of sorts for some time now but is worth including in the wider exotics. He appears to have returned
with spring back in his step and does not look far away. I woul;d expect him to be more than competitive in future runs this campaign. 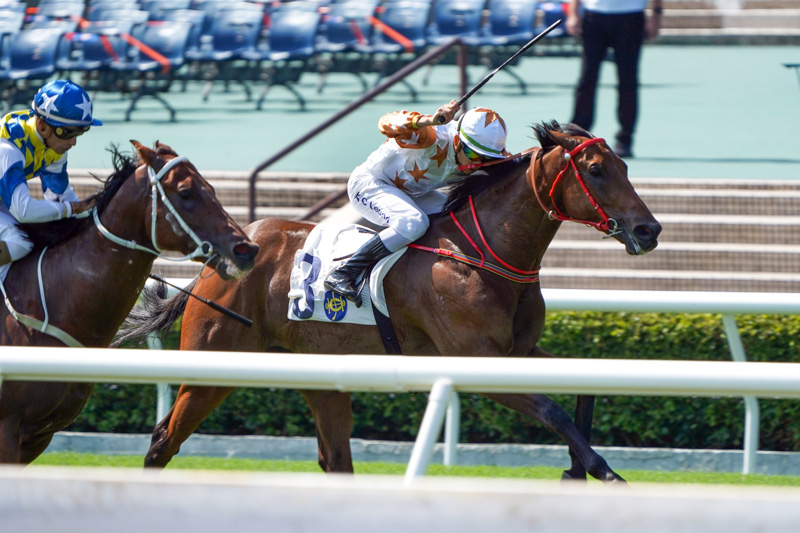