#3 Enchanting Start had no real admirers on debut when starting an 81/1 chance. He began awkwardly and during the race did plenty wrong, however when push came to shove in the stretch there was a response that not to many anticipated. He carved out a super quick 22.38 last 400m and powered his way into third. Zac Purton spotted the talent and in the following weeks took over the reins from Blake Shinn and boarded for his most recent trial. He again trialed well but messed up the start and was subsequently beaten home by some of today’s opposing gallopers. In response a hood now goes on in an effort to calm his mind, which hopefully gets him away more smoothly. A number of today’s opposition are going well but a similar or better performance to his debut, sees him hard to beat.
#4 Hongkong Harmony debuted with an encouraging second place achieved off the lightest of preparations. He now steps to the 1200m and based on pedigree the further the better for this bloke. Douglas Whyte has not given him another trial leading in so he will again be fresh. There is an aura of class surrounding this youngster and he does ooze natural talent, despite being far from the finished product. The rise in distant and 10lb claim make him a very attractive proposition today, particularly at a possible each way price.
#1 Chancheng Prince recieves a weight penalty for his victory last outing as the 1.30 favourite. Today he steps to 1200m again which will not be a problem however there may be some pressure early for leading honours. The extra weight and initial expected pressure does give the other progressing types a chance to close the gap, so he looks a little vulnerable for me at an expected short price.
#2 Sunny Star was super impressive down the straight 1000m when debuting, but looked a different animal around the half circle at 1200m. He has since gone back to the trials and looked good with the tongue tie removed, but I am not convinced he is a reliable proposition yet around the bends. We know he has got the engine but there is a strong chance straight racing is currently where he is at his best.
#8 Super Ten is the biggest horse in the race at a hefty 1232lb. He was riden cold on debut and initially lead his second start but was not in the finish in either. Another trial since indicates he has not gone backwards, but overall to this point I fancy he needs more racing.

#4 Striking Mr C a winner of three from five this season is a fascinating story and credit to the veterinary staff of the Hong Kong Jockey Club.
This now 5yo began racing in February 2018 showing signs of speed and promise but had been struggling to find the line. For a season plus he continued racing with the same results time and time again and following many tiring finishes was announced as a roarer. The vets in June 2019 performed throat surgery with the hobday and tie back procedure completed successfully in September 2019. In December 2019 he won his first race back by a big space and has since gone on again to win twice. Today from the low draw he will lead again and with the 10lb claiming rider aboard give you a big sight.
#6 Super Alliances has continued developing throughout the season and in the process built a strong foundation of race fitness. He put that to good use winning his first start on this surface last outing and should be right in the money again. He is a handy 3yo that can race forward and I am confident today that is the tactic connections shall adopt.
#7 Eight Trigrams lead all the way in a trial on this surface ten days ago suggesting he is an option on dirt for his debut. He has been a slow maturing type that missed a run due to fever back in May, so I expect the market to provide the strongest guide to his chance.
#11 Cool Ace has not done much in five starts but he trialled better recently and the stable at present is firing. I am looking for him to be a potential improver at value.
#1 Goldie Flanker has only fired once all season but he is difficult to overlook. He gets back, gives away many lengths, then generally steams home like a truck with no brakes. The iron man Neil Callan is the perfect jockey booking, he can ride the laziness out of him early and mid-race, getting his mind completely on the job.

#1 Chevalier Prince is very late starter to the racing game and that might just be a blessing going forward. To this point he has achieved very little in reality with just a win and two minor placings, but it is his response to pressure that has been most exciting. He looks a real find for the owners and obviously has many hurdles to overcome. But he can find under pressure and that potentially makes him something special.
#9 California Legend has drawn the outside barrier but it might just be a positive in disguise. He will jump and propel forward gradually making his way down the long back stretch. Once he reaches the spot outside the leader he has the race within possible reach. I would expect a strong kick from the home bend onwards and he stands out as the clear danger to the top weight, who will be doing the chasing.
#3 So We Joy over cooked himself in the first half last start and thereafter had quite a number of things go wrong. He is still on the upward spiral and Moreira sticking suggests there is a win to come. It is his second start over a mile and a more competitive effort should be visible at the end.
#8 Bulletproof bombed the start recently and it is not the first mistake he has made in that area of his game. He is often looked more interested in what is going on around him as opposed to what he is doing. It is no surprise to see blinkers added for the first time and I am very interested to see how he reacts to them. I would not be at all surprised if he runs a blinder because he does possess his fair share of talent.
#4 Telecom Rocket unlike most in this race has plenty of experience but is well exposed and close to his limits. He does have the right attitude for racing however and generally applies himself one hundred percent. 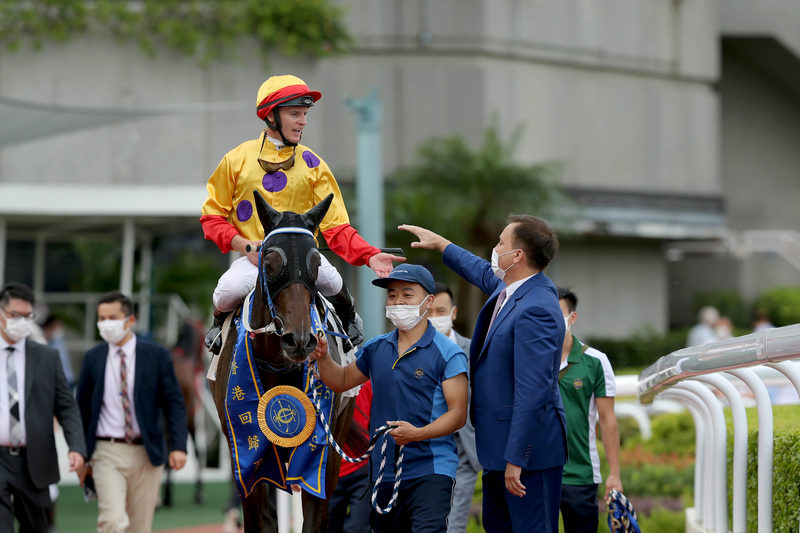