#5 Diamond Star has produced a very consistent block of form throughout the season and rates a strong winning chance. Two wins, five minor placings and three fourths is an outstanding scorecard from a Class 5 competitor and I would rather trust him, opposed to the others. A small claim for jockey Jerry Chau is being utilised and the solid tempo should set up the race just how he likes it.
#1 Taylor Made has won both his races in Class 5 company and drops back to that level tonight. Moreira is hungry for more wins and the pair combined back in January to win an 1800m event from a similar draw. He is effectively going in second up but with residual fitness on his side, from a long arduous season, he will be fresher than most and appears ready to win.
#8 Zacian has proven he is disingenuous when it comes to winning but does possess the engine to be competitive. You are way behind if you have played him regularly this season but he is a definite chance of featuring tonight. The low draw, combined with a standover rider in Vincent Ho, plus, a likely genuine speed are reasons to suggest he will produce.
#6 Mister Monte continues to race with great enthusiasm for a rising 9yo and should be respected. He is proven in the past that he can burn the candle at both ends before finding the line well enough to hit the frame. That is exactly what he will be required to deliver here, and it is worth remembering he is a two time winner in the higher grade.
#10 This Is Charisma has been the beaten favourite at two of his past three starts but should not be dismissed to quickly. With Purton jumping off the price shall push out but the draw entitles him to a cushy run. Agreed, he was poor at his most recent start nevertheless the two runs prior were good enough.

#5 Explosive Witness has been perfectly placed by trainer Casper Fownes to play apart in the finish of the 1000m dash. Recent efforts over the 1200m have been excellent but it is the shorter journey where he has proven to be most affective. Blake Shinn was aboard his most recent start and he will be desperate for the win, as it is his final Happy Valley ride.
#1 Stolz has hardly put a foot wrong this season elevating his initial rating of sixty five, to now ninety five, with three wins and three seconds from eight starts. The big weight of 135lbs and the tricky draw will not make his task easy, but his overall form is impossible to ignore. A recent freshen up was topped off with a superb trial on the dirt and he is ready to fire.
#10 Run Run Cool is chasing a million dollar bonus, should he win, and it is likely to be his final attempt at the extra cash before it dissolves and becomes invalid. Current form warrants the attempt, and he is drawn particularly well, but this track is the query according to the stats. With only two previous runs at Happy Valley, and his best racing completed clearly at Shatin, he will be somewhat risky.
#9 Rock Ya Heart is in a similar situation, regarding bonus and track query, but like the aforementioned Run Run Cool has his best racing ahead. He is another potential group horse in the making and off a light weight is well placed. Whatever tonight's results, both should be followed closely and with confidence next season.
#6 Scores Of Fun is a lover of the city circuit and caught the eye last outing on the dirt. He is well rated and the pace expected should assist his fast finishing speed. The 1000m is sharp, but I still consider him a chance of blousing them final strides if the race unfolds his way. 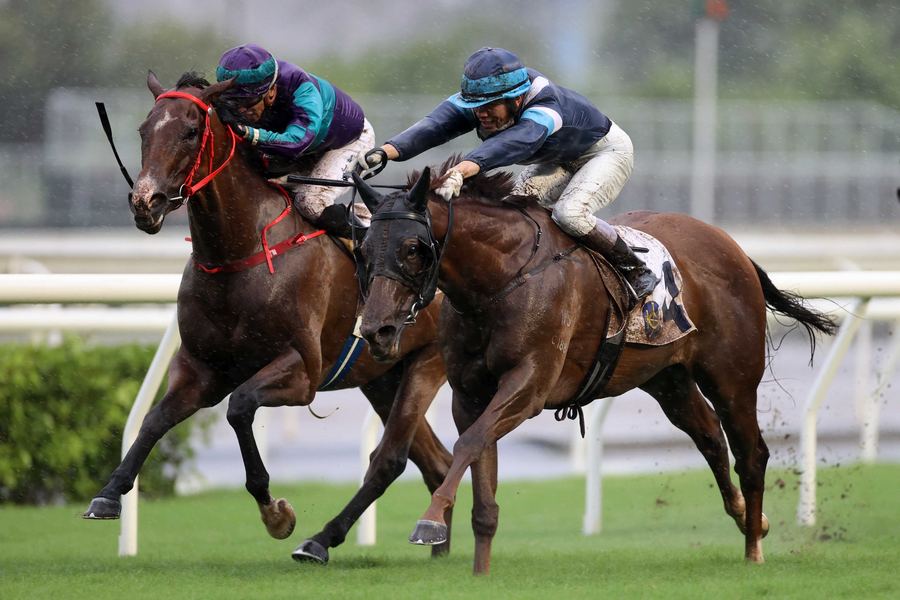